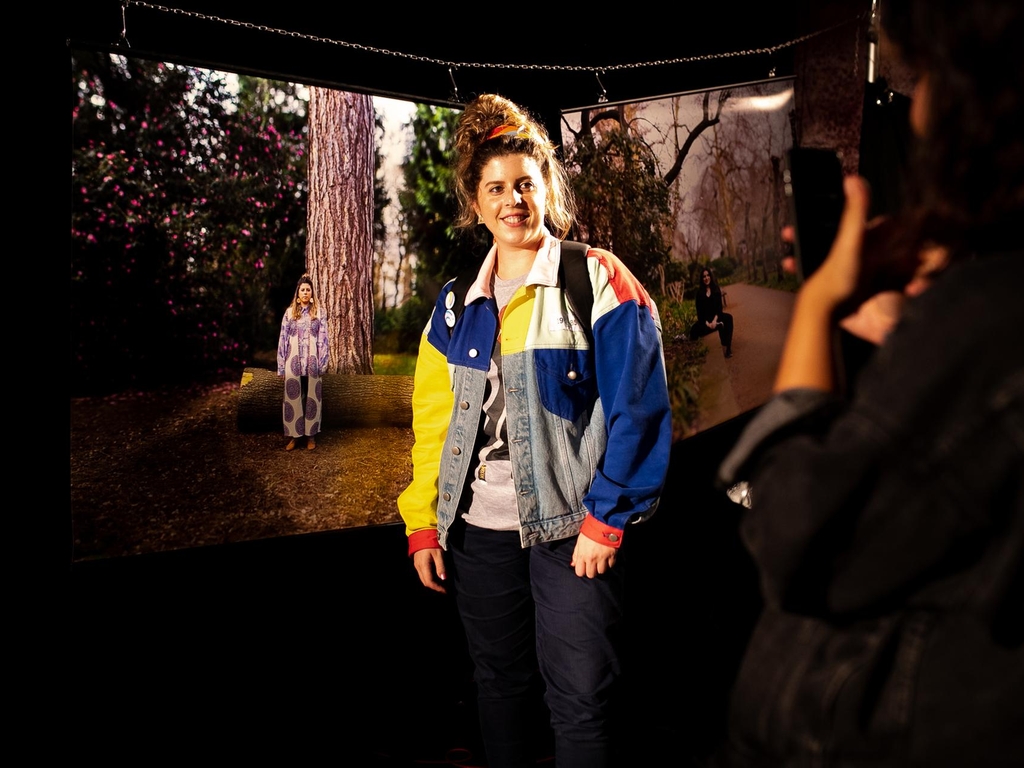 Everything was in place except the name. They all sounded “so cheesy” and Shazad Khalid needed it to be bold and assertive. Then it came to him, mid-conversation, in a cafe in Reading: Makrooh. “It means allowed, but disliked in a sense – not halal but not haram either,” the 28-year old British Pakistani photographer tells The National.

It’s a grey area that throws up a lot of questions for young British Muslims exploring the intersection between their religious, social and cultural identities. “I wanted to create something that celebrated British Muslim narratives and provide the opportunity for a different kind of representation,” Khalid says of the new creative collective he set up for Muslim artists.

Many feel frustrated at the negative portrayal of Muslims in the media, he adds, which too often reflects “a perspective that isn’t our own.”

“As a second-generation immigrant, I feel like I’ve created my own identity,” says 27-year-old Saliah Bryan. “I shouldn’t feel that I’m constantly torn between being Muslim or being British, or being Arab or British.”

Khalid met Bryan, a graphic designer of British-Lebanese descent, when he took her portrait for a photography project on Muslims working to change perceptions. Listening to their stories, he realised they needed to be shared with a wider audience. So Khalid turned the project into a collective, establishing a non-judgemental space for open discussion and a platform for Muslim artists to be heard during the talks, workshops and open-mic nights that followed.

The idea was to be as inclusive as possible. He invited other creative collectives platforming minority groups and roped in his sister, who “was all over it”, his brother, who took a bit more convincing, and his mum to supply steaming vats of home-made Kashmiri chai. Those first few events were a whirlwind of activity as Makrooh’s reputation grew, drawing a larger audience each time. For Khalid, juggling a day job and nearing burnout, it was the response from audiences and the power of the performers that kept him going. “I remember looking around the room, seeing people drinking my mum’s tea and crying to Rabiah Hussain’s poetry, then getting really emotional myself. It was beautiful,” he says. 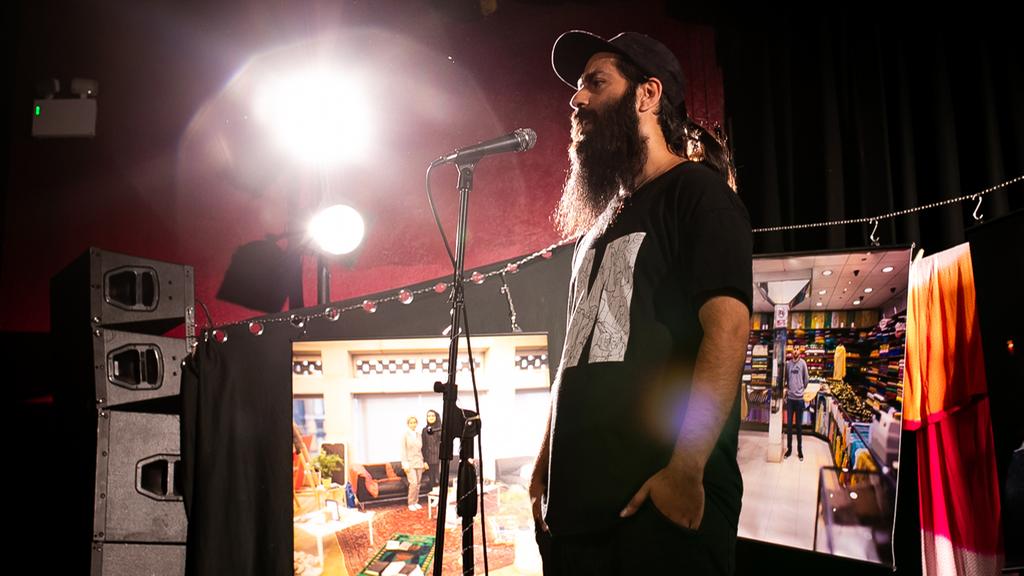 The tea crops up a lot. Describing one Makrooh night, poet Usaama Minhas wrote: “It was like def poetry jam, but in Shoreditch with gourmet samosas and Auntie-ji’s Kashmiri chai.” A cosy venue is also important. “We tackle taboo topics,” Khalid explains, so people need to feel comfortable. The most recent event, Speak for Yourself, showcased performances by Muslim poets, puppeteers, comedians and musicians at Mirth, Marvel and Maud, a 1930s cinema he used to visit as a child growing up in Walthamstow.

Muslims account for almost a quarter of the population in this corner of northeast London, many of British-Pakistani descent. Khalid wants Makrooh to attract people from diverse Muslim groups and “challenge these bubbles of communities.”

So far, it’s been a success. Ticket holders who paid a £10-entry fee (Dh48) for the last event held on August 31 – Makrooh is self-funded and non-profit – came from British-Asian, African, Arab and other backgrounds. “Art and creativity; that’s the best place to bridge the gap between people of different groups,” said spoken-word artist Fahima Hersi, one of the headline performers, on the night.

Gathering in the grand old lobby, people struck up conversation beneath lopsided chandeliers and ornate ceilings peeling yellow paint. Providing such a free platform does make Khalid feel nervous: “You never know how people will behave or what they might say,” but the honesty and emotion shared on stage stayed true to the ethos of the event.

Many attendees said that Makrooh is filling a gap by providing a platform for creative expression that explores the British Muslim experience. For some, the growing volume of Islamophobic insults hurled in the street and rise in hate crimes targeting Muslims in the United Kingdom, has unseated an already-embattled sense of belonging in a country they were born in but struggle to call home.

“Having a space for British South Asians is very important. This environment caters to my needs in a way the regular scene just doesn’t,” said Ferhan Khan, who appeared in a television series called Muslims Like Us and travelled for an hour and a half to attend the event.

A scattered sense of belonging and the difficulty of reconciling dual identities pervaded many of the performances. “I never met my motherland,” Amani Saeed told the captivated audience, in what she introduced as “another angry colonial poem.” Rapping out the lines in rhythmic succession, she described her “haberdashed ancestry … half-jeans, half-shalwar kameez,” eliciting noisy applause as she asked, “Would a trip back to the village show me where I’m really from … would I find meaning there, would I find me there?”