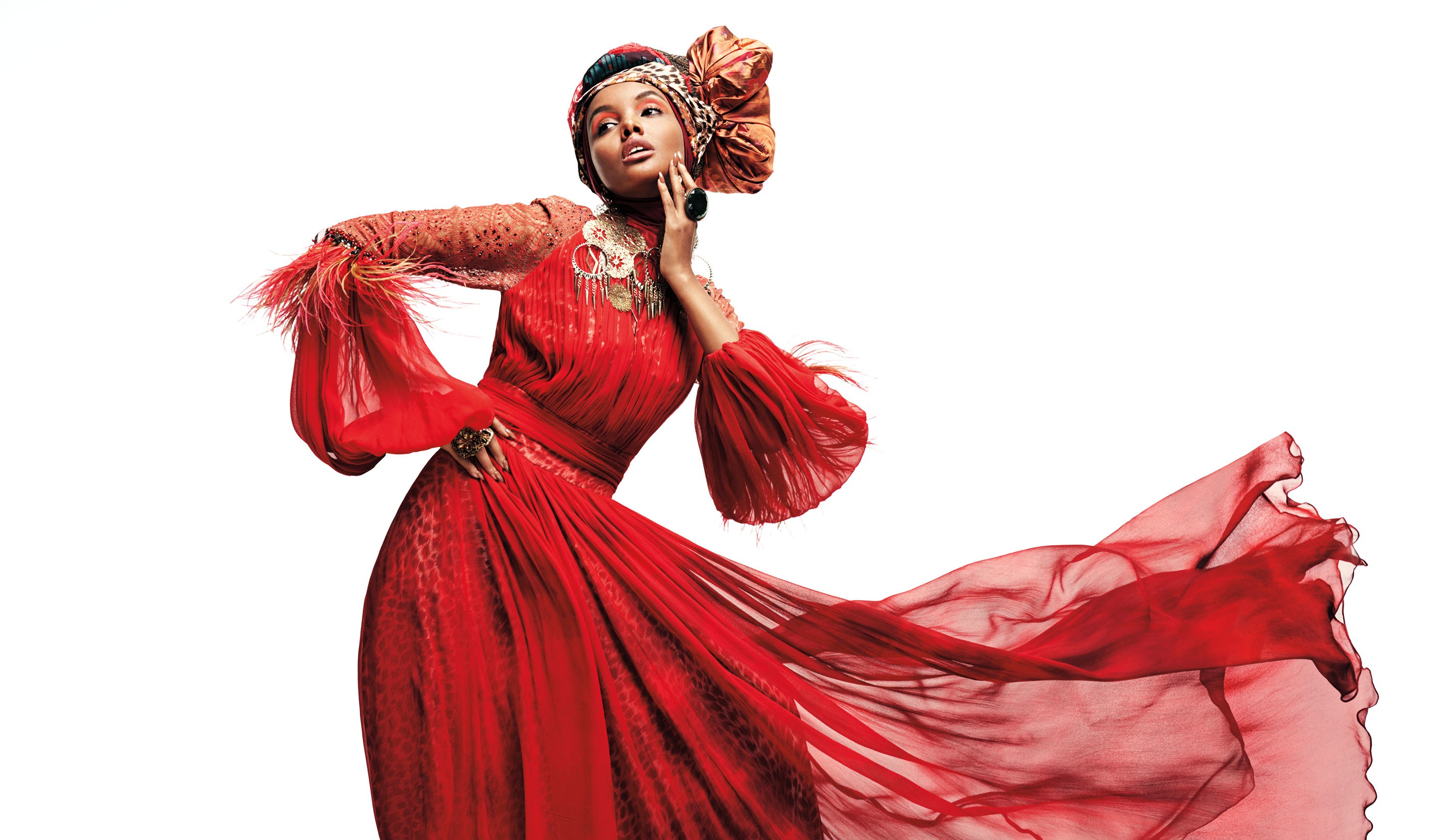 As the first major exhibit to explore the intricacies of global Muslim fashion, Contemporary Muslim Fashions, running through Jan. 6 at the de Young, finally features a more accurate depiction of Muslim women—one that leaves the stereotypical black burka behind.

The exhibit features rows of beautifully dressed mannequins—both bare-headed and veiled. The yards of brightly-colored fabric represent more than Muslim style; they symbolize the importance of diversity and access. Altogether, it's a show that has already empowered Bay Area Muslims.

Curators Jill D’Alessandro and Laura L. Camerlengo consulted with the Bay Area’s Muslim community (which numbers over 250,000) and Reina Lewis, a professor of cultural studies at the London College of Fashion, to dig past the misrepresentations of Islam in mainstream media. They perused social media—the main platform used by Muslim women who want to reclaim their narrative—to select the 80 ensembles and 40 photographs featured in the exhibit, including Muslim pioneers like Halima Aden, Ibtihaj Muhammad and Mona Haydar.

These trailblazers serve as important reminders that Muslim women, like all women, have varying interests—and “modest” clothing will not stop them. Halima Aden’s religiosity does not interrupt her modeling career. Ibtihaj Muhammad fences while wearing the Nike Pro hijab. And Mona Haydar proves it’s possible to be a Muslim rapper. All of these women may have their religion in common, but their methods of practicing and their passions vary.

Muslim women can climb in Sarah Elenany’s “Hoody Dress” or swim in Aheda Zanetti’s burkinis without compromising their piety or personal definition of modesty. It is possible to participate in sports, entertainment, music and fashion while still being Muslim. In this, the de Young exhibit’s focus on varying interests explores recreations, rituals, and roots—and draws attention to the diversity within the 1.8 billion Muslims around the world.

As a global religion, Islam draws influence from all parts of the world, and molds to each country’s culture. The Malaysian songkets used in Dian Pelangi’s designs differ from the lehengas found in Pakistan, or the African influenced designs by Naima Muhammad. But all of these garments, varying in modesty, are worn by Muslim women.