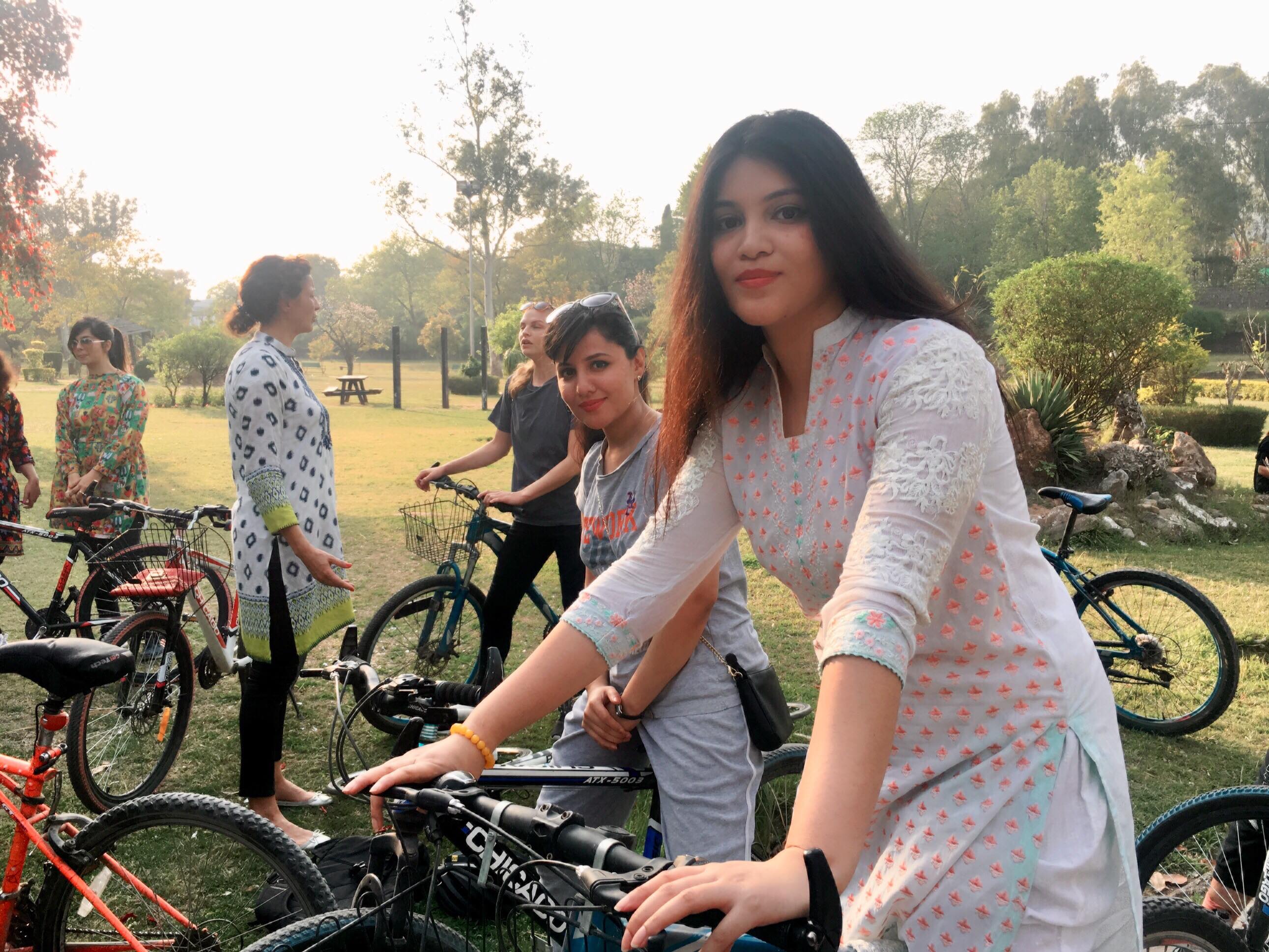 When I hit 12, I was told that I should not bike outside any more as it would be inappropriate for me to do so. I felt captured and caged because biking was my favourite and perhaps only outdoor activity at that time. Other than being an amazing source of cardio and everything therapeutic such as sunlight, fresh air and natural scenery it also enabled me to be self-sufficient, get from point A to point B, socialise with my friends and basically feel like this Earth and this city belonged to me.

But like all generationally passed and culturally hallucinated dogmas, I had to accept that ‘a girl biking’ was a “haw-haye” inducing taboo that was just “wrong” even though it made no logical, scientific, biological or even spiritual sense.

Anyhow, last year, I got the opportunity to bike on the picturesque roads of Islamabad after more than a decade at the “Girls on Bikes” rally and it made me realise the sense of freedom, unity and activity that was missing from my life. This year, the event was even bigger as double the amount of girls showed up to display the most peaceful and productive kind of activism, simply by biking.