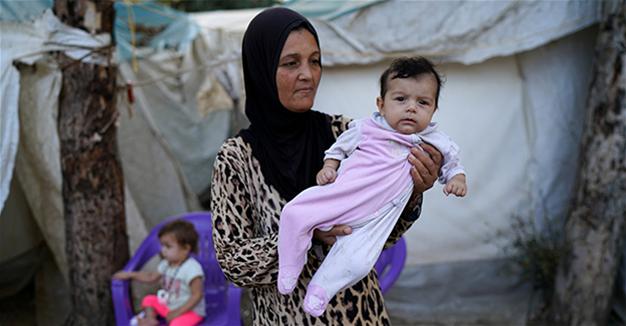 Some 177,000 Syrian babies have been born in Turkey since the start of the Syrian civil war in 2011.

Over 20 million polyclinic services have been provided to Syrian refugees over the past five years, and 976,000 Syrians have received inpatient treatment. In addition, nearly 824,000 surgeries were carried out.

Nearly 70,000 Syrian women have given birth in the past one year, Torunoğlu said. Emergency health services have also been provided for approximately 35,000 wounded Syrians who were transferred to hospitals from the border. The total cost of the treatments is nearly 600 million Turkish Liras, according to Torunoğlu.

A project worth 300 million euros was formed for health services for Syrians with funds given by the European Union, 120 million euros of which has been obtained.

A significant percentage of Syrians taking refuge in Turkey are women and children.

Refugee Rights Commission Head Atay Uslu said the number of refugees in Turkey had surpassed 3 million, as around 300,000 refugees are from countries other than Syria.

“Turkey could potentially be the number-one country hosting the largest number of refugees in the world. As of today, more than 25 billion dollars of humanitarian aid has been spent,” Uslu said.

Turkey previously released the healthcare data of Syrian refugees, revealing how millions of them had received medical treatment in the country.

Turkey’s Health Ministry on Nov. 8 said over 20.2 million ambulance journeys had been taken by Syrian nationals inside and outside refugee camps since 2011.

According to ministry figures, between April 29 2011 and Sept. 30 this year, children between 0-5 years old received vaccinations. The authorities said refugees also underwent screening for illnesses including malaria and tuberculosis. Medicines were supplied free of charge.

Syria has remained locked in a vicious civil war since early 2011 and more than 250,000 people have been killed and more than 10 million have been displaced, according to U.N. figures.