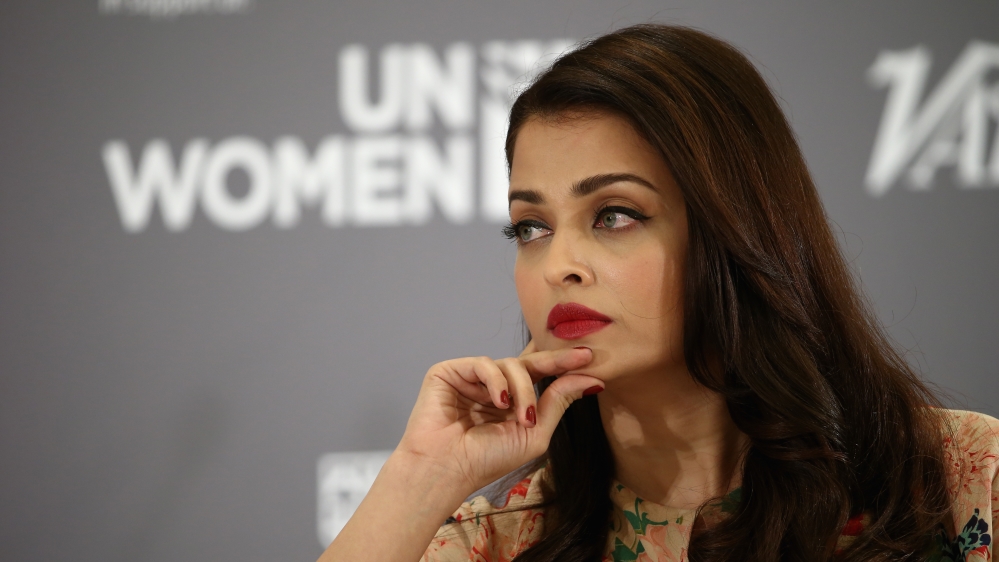 When the 2005 Bollywood drama Aashiq Banaya Aapne (You have made me your lover) was released, it was not common to see physical intimacy on screen in Indian cinemas.

In the film, the cental characters are seen kissing in a now famous song sequence.

After the film, its lead actress Tanushree Dutta, a former Miss Universe finalist, was cast in several movies where her characters were expected to wear revealing clothing and dance suggestively.

"I'd often wonder, Angelina Jolie can be a sex symbol in a film like Gia and yet win awards for it," she tells Al Jazeera. "Why don't these morons get the point?"

In 2008, one of her co-actors allegedly touched her inappropriately while shooting a dance scene. She complained to the director and choreographer, but they insisted that she continue with filming, threatening consequences otherwise.

Dutta left the set, only to be berated by the director and choreographer as "unprofessional" and "uncooperative".

A right-wing politician, reportedly close to the perpetrator, called for Dutta to be blacklisted as his henchmen vandalised her car.

Dutta quit acting soon after and spent years recovering from the trauma before eventually moving to the United States.

This September, while on a trip to India, Dutta recalled the incident to a few journalists.

Her interviews went viral. Social media users and many of her peers expressed solidarity and recounted their own experiences of abuse, intimidation and widespread sexism.

The media industry was hit the hardest. Several actors, comedians, journalists and filmmakers were "outed" for their misogynist, predatory ways.

"I've been repeating the same story since 2008," Dutta told Buzzfeed news. "The only thing that's changed is that people suddenly want to listen."

Physical and sexual harassment in Bollywood, as in Hollywood, is common.

These stories prompted heated debates at the time but little corrective action - Rai Bachchan's former co-star and partner Salman Khan, who had allegedly assaulted her, remains one of India's highest-paid actors.

In most cases, survivors are dismissed or threatened with legal consequences and professional boycott.

In a strange development last year, for example, veteran choreographer Saroj Khan said that "casting couch" behaviour - offering women work in the industry for sexual favours - was rampant in Bollywood, but added it was one way to earn a living.

"At least they [the perpetrators] don't leave someone after raping them," she said.

Dutta says: "I'd seen in parties that girls were willing to do anything [to get a foothold in Bollywood]. They'd take it for granted, that this was something they had to do."

Her unwillingness to cater to the powerful, she adds, had her labelled as arrogant.

She claims to have lost out on a film with a leading production house after the casting agents found her "cold and stuck-up".

An analysis of Wikipedia entries on 4,000 Bollywood movies between 1970 and 2017 by IBM and two Delhi-based organisations showed that male characters are mentioned nearly twice as many times as their female counterparts.

Female characters are mostly described as "beautiful" and "attractive" whereas men are called "strong" and "successful".

While most women go on to marry or love, men were likely to kill or shoot, the study found.

A popular trope of romantic stories features the male character stalking, bullying and berating his paramour, after which they live happily ever after.

In 2015, an Indian expat in Australia accused of stalking argued that Bollywood had made it seem "quite normal" for men like him to target their object of desire obsessively.

The judge was convinced and the man received only a restraining order.

Paromita Vohra, filmmaker, columnist and a gender rights activist, says that the #MeToo movement was waiting to happen.

"Classically, women's experience is undervalued but, for the first time, a large number of women were speaking up, naming names, overcoming the shame associated with being a victim," she told Al Jazeera.

The self-reflection started with the gang rape of Bhanwari Devi by upper caste men in 1992, followed by numerous criminal and legal cases, reaching a crescendo after the gang rape of a medical student in New Delhi in 2012.

In the month following Dutta's interview, there were nearly 1.2 million #MeToo tweets, many from India.

"The algorithm associated joined points of commonality and created filter bubbles," says Vohra. "So at the moment of sharing, you understood that it's not just happening to you but everybody."

Following the backlash this time, a union minister accused of harassment was forced to step down, a production house accused of complicity was dissolved and the film artists' union finally set up a sexual harassment committee last month to investigate allegations.