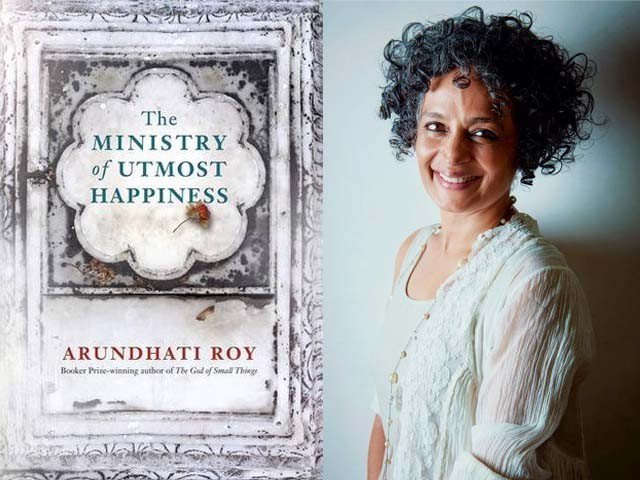 “Ministry of Utmost Happiness” is Arundhati Roy’s Second novel, published 20 years after her debut novel, “The God of Small Things”. This novel, like the previous one and the majority of Roy’s writings features incisive criticism, a deep knowledge of Indian history and a sense of social responsibility a writer has towards their audience.

As a writer, Roy can not be assigned a style other than “different”. While the earlier novel, “God of Small Things” had an alternating Past and Present structure, gradually explaining the significance of everything we were observing in the present day, Ministry departs from that style, as well as most of the established styles. In this case, there are flashbacks, and flashbacks-within-flashbacks in the novel; however, they are not the distinctive feature. The most distinctive quality of this novel is the incredible amount of detail put into the world building.

Ministry’s topics of interest are varied: They range from Transgender rights and their treatment in society to the brutality of the Indian Armed forces in the peaceful valley of kashmir that results in innocent and educated men to forsake their lives of comfort for a grander cause. The book touches on the facets of caste, religious intolerance and discrimination, surveillance, the rise of right-wing rhetoric and Narendra Modi, collateral damage and torture of innocent kashmiris.

As the novel has varied topics that look disparate and often mutually exclusive to the uninformed eye, Roy spends almost half of her book setting the stage for the eventual story. The first half of the story just focuses on Anjum, a transgender that lives peacefully in a graveyard, one that will eventually transform into the eponymous Ministry. Through the focus on Anjum, Roy expertly weaves the backdrop to her actual story. So engrossing is Anjum’s tale, that one finds the sudden transition to the actual story revolving around S. Tilottama to be a bit of a shock. That shock does not last as both threads soon come together, weaving a coherent story one does not realize until it is in front of them.

The novel’s historical backdrop starts from the streets of Old Delhi and then moves through the tumultuous times of Indira Gandhi’s Emergency. The novel’s focus then moves through the Gujarat Riots, which a character survives, but barely. The sheer honesty in describing such a divisive topic shows the audacity that is integral to Roy’s writing. The novel also moves through the rise and fall of Aam Aadmi Party, and its hijacking by the BJP thugs, turning it into a toxic mantra that led to the election of Narendra Modi. The historical background is well explained, so that anyone can look up the snide references to the fictionalized versions of politicians easily.

In an overall assessment, the novel serves all the intended purposes well. It provides an entertaining, informative and socially aware story that raises the conscience of its readers about the myriad injustices hiding behind the facade of “Shining India”. Roy does not shy from mentioning any of the harsh realities.