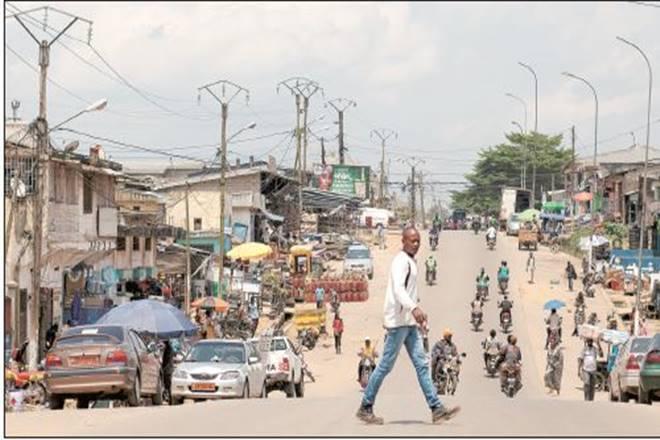 The Sahel region stretches like a wide belt across Africa’s northern midriff. It is a 3,860-km semi-arid belt of barren, sandy and rock-strewn land that marks a transition from the Sahara desert to the continent’s more fertile tropics. Culturally, too, it remains the bridge between the very different North Africa, with its mix of Arabic, Islamic and nomadic cultures, and the indigenous cultures of the south. Geographically, the Sahel (literally, the shore or edge) spreads from coast to coast—from Senegal on the Atlantic coast, through parts of Mauritania, Mali, Burkina Faso, Niger, Nigeria, Chad and Sudan to Eritrea on the Red Sea coast. Hot and sparse, it has been home to mainly nomadic tribes, and has a population of around 150 million. By 2050, the population could zoom to over 300 million (population growth has been above 3% since 1960). So would poverty, lack of education and unemployment.

Serge Michailof calls the region a powder keg. Caught amidst violent criminal and political movements across borders, including those connected to Boko Haram and Al-Qaeda, the region has been facing many complex and multi-dimensional conflicts, which makes them difficult to defeat. While the most important of these are the frequent droughts and drought-induced famines, migration and poverty, the other key problems are political instability, anti-state rebellions, trafficking and ethno-religious tensions or terrorism, which are fostered by the absence of the state, missing or inept local authorities, and loss of hope among young people. Michailof strongly feels the region’s time is up; if international development agencies don’t sit up and take notice, Sahel is on its way to become the next Afghanistan, or Africanistan—closer to Europe’s shores, far larger and definitely more dangerous.

In his book, Michailof focuses on the French-speaking heart of Sahel—the four landlocked countries of Burkina Faso, Mali, Niger, and Chad, and the northern hinterlands of Cote d’Ivoire and Cameroon. “While Mali and Sahel,” writes Michailof, “may well have the potential to destabilize most of West Africa in about a decade, a misgoverned Democratic Republic of Congo as big as western Europe, with a population of about 80 million, and may be 150 million in 20 years, can destabilize all Central Africa.” Niger, which Michailof visited after 48 years in 2015, has seen its national income plummet by a third. Northern Sahel has become inaccessible to outsiders. Mali’s collapse, despite the long UN peacekeeping efforts, points to the inescapable fact that neither large aid nor outside intervention can be any substitute for real democracy and effective public institutions on the ground in Africa.

The book is meant as a wake-up call—a deep analysis into the root causes of a serious problem that cannot be allowed to fester for long so that the world is not faced with a re-enactment of Afghanistan and Syria. Michailof has extensive research and work experience in fragile and conflict-affected countries, and his work as a development specialist has been acclaimed in academic circles, especially in France and francophone Africa. Notwithstanding major differences in history, geography and culture, Michailof draws a neat and scary parallel in this book between Afghanistan since 2002, and the insecurity and progressive collapse of state control over much of the Sahel region, clearly the weakest part of Africa, since 2010.

There are striking similarities between Sahel and Afghanistan. Both regions have a demographic jump ahead, stagnating agriculture, large unemployment, acute ethnic and religious faultlines, lack of law and order, regional instability, drug trafficking and the spread of radical Islam. The role of the international community in both regions needs serious reassessment.

Michailof has blamed the disaster in Afghanistan on mistakes made by the western coalition, and disorganisation of international donor support between 2002 and 2010. When donors try to run or reconstruct fragile countries and “failed” states from thousands of miles away from the latter’s stark realities, mostly unvisited and definitely unexperienced, do they really know what they are doing? Should they even try to change countries they don’t understand? The growing US military presence in Niger has already rung the alarm bell, and even novices are now beginning to find worrying commonalities between the Taliban in Afghanistan and the spread of jihadists in Sahel. In both cases, the lack of domestic security and unemployment provide a ripe environment for the fostering of religious or other terrorism. Sahel is a dangerous example of the extremely worrying links between development from above going awry and the growth of extreme insecurity, leading to international terrorism.