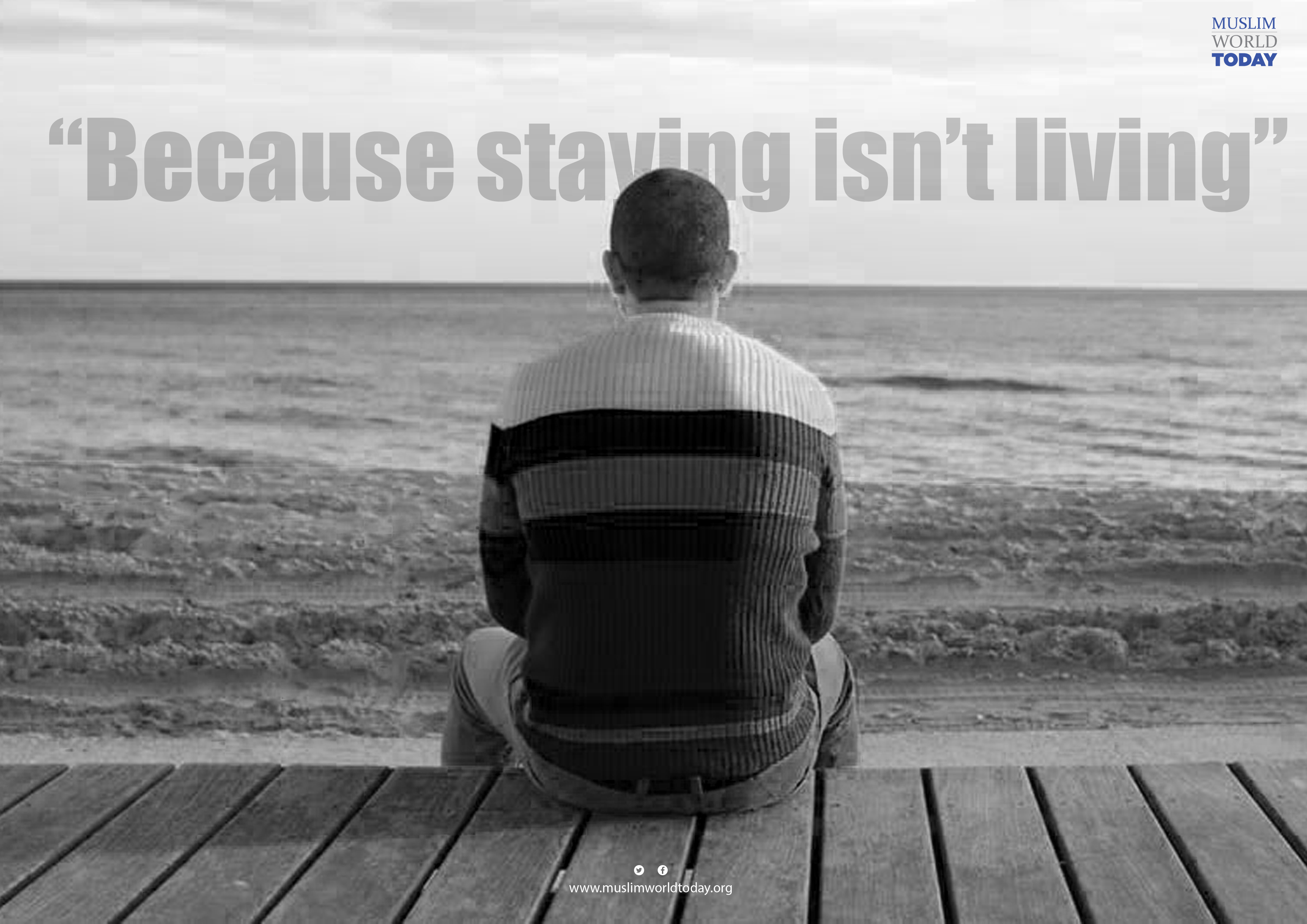 The life I almost lived, the life I wish to hide in the tangles of the cotton inside the many cushions I keep on my bed, so I sleep with them, so I don't have to face that life when awake yet I never forget it.

I wake up in the dark alley, having caught up on hardly 2 hours of sleep, I find my cellphone somehow, fiddling everywhere with my hands and switch on the flashlight to see things a little clearly, actually to just see things at all. I find my way through the apartment which is like a dungeon, congested houses in Old Gupta colony do not welcome sunlight, do not believe in Windows, ventilation or the concept of day and night. If you don't have an alarm and have a strong will to sleep, you could sleep here in Autumn and wake up in winters, or not at all.

I somehow wake up with a headache, thinking about the winter of 2014 when Dilli had come crashing down over me, it had been a bad few years, one bad thing after the other, it was like a ripple effect, something in me changed when Vaibhav passed away all of a sudden in the winter of 2013. Losing someone is strange, you cannot feel anything, you cannot cry because, the person is everywhere you look. Every single time someone knocks, you know it's them. You only shed a tear once in a while because you're disappointed it's not them, not because you know it's never going to be them, that thought doesn't sink in this easy. I was way to naive to deal with it or acknowledge it, I started worrying about eventuality of what might happen next, that wasn't how I usually thought, so I stopped recognising them as my own thoughts. I don't know if gods plan things for everyone of us respectively, or if there are gods at all, but this wasn't a good plan, I was greeted with the news of the girl who was supposed to help me through this, be the warmth the cushion I could fall back on, after all we had exchanged those soul stirring huge messages on phones. I remember one particular message, it read "The walls may crumble Aseem, the world may be in shambles, just know that I know, no matter where I would be, I know you'd come looking for me, and you should know I will be waiting. I'd choose you over life anyday". We had spent afternoons behind the college hostel in Shimla surrounded by snow turning into cold pieces of stones, cuddling and kissing, amid her constantly hushing, someone will come, and we had spent nights undressing each other over and over again. I discovered she had also been spending her time with this person named "Packofabs" at different motels on the way from Delhi to Shimla, I felt like the year was just going to be a long summer and winters had taken their leave forever. Some friends who claimed they knew how to help me, made it a point that I bed a women named Mahi, who was used to her being picked up at 2 in the night by men in big cars and being taken to paharganj, where she suggested the hotel, I cried in front of her for a good one hour and she kept on consoling me, as my rich friends outside who were used to the entire process of spending nights at Paharganj wondered what could be taking me this long.

Time passed, I moved to Dilli for the second time. I knew Dilli would help, I knew this since the time I was a kid who used to come here every summer to visit my cousins and go to Appu Ghar and Ansal Plaza and Connaught Place. I used to daydream myself being able to be lost in the big city, with beautiful people around surrounded by fancy restaurants and the hustle. I took a job at a bar, I took my ex girlfriend back, the same one who was having amazing motel sex when I was wailing at the demise of my brother. I started sinking in Delhi, I forgot about the Dilli which was supposed to save me, I only remembered the next movie at Promeande mall, the dark lights at the hotel bar, the overflowing alcohol and the loud music, I forgot about the books, I only remembered the quickest ways to get to the other side of Delhi to be on time to meet the girl I didn't find loveable anymore, but that was all I had, so I held on. This kept on going for almost a year, trapped in the commotion of job, alcohol, travel I forgot I had to sleep, eat food, breathe and read to be alive. There was this one time my family came to see me in a fancy Honda City, they couldn't look at me, I was clearly dying on the inside, with the unhappy relationship and life I was living and it had started to show on my face with the dark circles, depleting health and the condition of my apartment. My mother, she started crying without saying anything. I told her to never visit me ever again.

I remember the weekends pretty stark and clear, I'd spend my time on the bed, the windows at my apartment were covered with 3 curtians and every opening for sun shabbily yet precisely covered so no sunlight could enter, see when you work during the night you try to turn your day dark, willingly. On weekends I'd take off the curtians for the light to enter, it was special. A day where day seems day.

I used to think of my home back in Amritsar a lot, the large field where we would spend long summer evenings playing cricket and I would hide a Hardy boy mystery in my textbook and spend afternoons under the giant safeda tree. I missed Johnny, my dog alot. I wanted to tell my parents about the hopelessness I was dealing with, but I was certain they wouldn't understand.

I was setting the bar equipment one afternoon, the bar was empty, I had cried myself to sleep a night before, thinking of home, when this old firangi gentleman, with perfect white mustache and aura that would make you listen to him if he said something. He must've been 75 years old.
"You seem sad, boy" that is what he said as soon as he looked at me, I didn't know what to say
"Ah, No sir, I am fine, what drink can I fix you"
"A Rum and Coke, tell me boy, who did you lose? You have sad eyes for a guy this handsome and young"
I fix the drink, pour him a little extra rum, for some reason I say "I don't know sir, myself, does that make sense"
He took a sip, appreciated the ghazal that was playing in the bar, he could understand hindi, told me "Life is shit son, it's always gonna be, you're not here by choice nor am I, so maybe you can keep dying till you die, or find that one thing that makes you feel significant, one thing that you believe matters, on thing that'll stay, even when you're dead"
I came back home walking three kilometers from work as it rained, I chuckled in my head thinking it seemed like a scene from some bollywood movie, I got to the apartment, clueless, sat there for a while, cleaned everything, threw out all the cigarette buds, took a hot shower, took off the curtians, sat there made me some coffee and looked around, the old mans words rung in my head constantly, I kept looking at this pen my father gave me when I was in school and finally moved to 4th class and could start writing with a pen. It was a silver colour Parker I had my eyes on ever since I got to know what a pen was.

I took the pen, and that fateful day, I wrote something after four years, a resignation letter and a last letter to someone followed by my first amongst the thousand poems, I would write after that...

Staying isn't living,
Nor is just being,
I could stay in beauty forever,
But I would not know it's beauty,
My heart wouldn't ache for a
Defaced jajarkotli,
If I didn't leave it with memories,
Only to comeback to revive them,
And find nothing.
Because staying isn't living,
I wouldn't know there was aravali,
If I would have stayed back only in the ode of the himalayas.
I wouldn't strive for a drive
On the road that lead deep north:
‌North, The damsel in distress,
If that'd be the road to work.
What would I revisit?
If there's nothing to visit.
The smell of heena,
during a family wedding.
The hordes of small cousins,
Having the time of their life.
How would they sweeten my day,
If that day is everyday !
Would patnitop be of the same charm,
If our summer home,
Our snow capped lawn,
was 56 not 356 miles away?
Would mumma enjoy sending me to get,
Paneer and dahi from trikuta nagar,
if it was everyday?
The skies that my kite touches during
Makar sakrant, may be the same
But the trees that it get stuck on after "pecha"
I want it to be different every year,
Deodar when i want to be with people who make home, home.
Sheesham when I want to visit the home that made me,
Khejri when I miss home,
Peepal, samar, sal with the passing years.
So when I want to fall back, there's a safeeda tree in koota holding me.
I wouldn't be able to tell stories of my home,
If I was always home,
The clear skies above our big home,
The track that leads to the world ahead
right by it,
The terrace where I don't need to smoke up to
Look at the stars,
The Highway that leads to sainik colony and all places apart.
I wouldn't be able to tell stories
If home was all I had,
But Home is all I have,
To savour the memories
To believe in the purity of air,
Innocence of men,
The Love of family,
But staying isn't living,
But maybe staying in hearts is.

I realised there's nothing more significant than words, nothing stays, no one stays, just the words. I found that one thing that matters.

~The life I almost lived, Aseem

Muslim World Today and Bookay collaborated to organize an original writing contest with the writing prompt of "The life that I almost lived".

This entry received the First Prize.