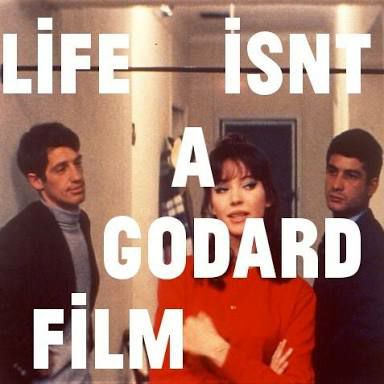 The life that I almost lived with you requires a thousand deaths to be relived. The lies that were told to us have become bitter truths for our survival. The longing for the touch of your skin has been replaced with agony and wait for touching new fresh currency notes. The hands which were once addicted to writing my name on your neck have become slaves to 84 buttons of a keyboard. But when my prison frees me at 5 'o' clock I enslave my mind to your memories. The footpaths that once kissed our feet have become unwelcoming but irritating them has become a guilty pleasure. After torturing footpaths of this walled city, your memories lead me towards the bench where for the first time our lips explored the boundaries of our souls. Here I give ears to the bench and the drowning sun because like you I too deserve all their hatred. The sun drowns sarcastically and passes the mike to the moon. The show begins. Moon becomes a mirror in which I see the ugliness of all the moments that we had. The pictures that were captured by the camera of time. The night goes on and insomnia comes and lashes me with the whip with the spikes of memories, getting buried into my skin tearing all the soul that is left with me. But I laugh, even when the night pours all the darkness over me. I laugh at the couples in the parks, feeding each other with the fake promises, believing in love: the worst of all excuses for our existence. People sympathize with me with their looks. I don’t need sympathy and I am not even sure I need the life that I once lived with you.
And then comes the bookstore, where we first met arguing over who will have the only copy of “ Udhaas naslain”. I walk there and I try have a conversation with books and authors. Amrita Pritam stares at my empty hands so I turn towards Kafka but he has his own issues. Khushwant Singh fails at trying to cheer up with his unusual jokes. I try to open up to Faiz but he only replies with a “Hmm” and resumes his smoking. Bukowski always makes fun of me. Last night he was in a good mood. Even offered me a drink but I refused for the sake of that unopened bottle of Vodka which still waits for you in my room as we promised we’ll have our first drink together. Lying in a corner is Slvyia Plath: The witch who took you away. She wants me to leave every time I see her so I leave the bookstore. The bookstore which was a solution to all our problems including the fights we had. I don’t think that in the history of mankind a bookstore played the role of a peace broker as instead of a “sorry” all the culprit had to say was “I am at front of the bookstore. Do you need anything? “. This practice actually made me very peace-loving. I have a confession to make. I had “ One hundred years of solitude” but I wanted you to buy me a copy as it all looked very poetic to me. The mysterious alphabet “ L “ that you wrote on the first page and never completed it, kept me awake for many nights for the sake of its interpretations. I thought of every possible word. The major conflict was between two words. “Love you” and “Lover”. That “ L “ has found completion. The word that I wrote is “ Loser”.
And then my night ends at visiting that dirtiest hotel of the town. Room no nineteen. Our favorite one. I rent that room. The receptionist laughs at me for being irrational but what is a rationality anyway. That room is the museum of our memories. When we first looked at each other in the mirror of that dirty washroom and all the concepts of aesthetics took refuge in our eyes. When we wore each other for the first time and tasted each other’s depths I realized that leaving heaven is not a bad bargain for a forbidden fruit. I wished for death in those moments, for dying in arms is too mainstream. We never had a heart for the mainstream world. Though My Ana Karina! I have stopped watching Godard. They were right: Life isn’t a Godard film.
Lying in the bed after making love to your shadows I stare at the ceiling fan. I have formed a strange connection with it. The blades of the fan resemble us. Running after each other, still unable to touch each other, indifferent to the fact that meeting would mean death and unaware of the hands that control the switch. I start beating the bed, injuring its soul, removing the traces of life that I almost lived with you. That works like a sleeping pill. I sleep only to return to you in my dreams. But the morning/mourning reaches me too soon. I get up and polish my shoes and chains. Life resembled the “The Truman show” until you came and told me to write my own script for the life’s play. But now it resembles “ The Groundhog Day”.
How lucky are the people who satisfy their creative bones by making a vine, writing a thoughtless poem, taking a picture only to edit it for hours. How fortunate they are and here I am. A sea in search of rivers to feed all the deserts my heart holds. A sea which will explode within me and I will drown in it.

Muslim World Today and Bookay collaborated to organize an original writing contest with the writing prompt of "The life that I almost lived".