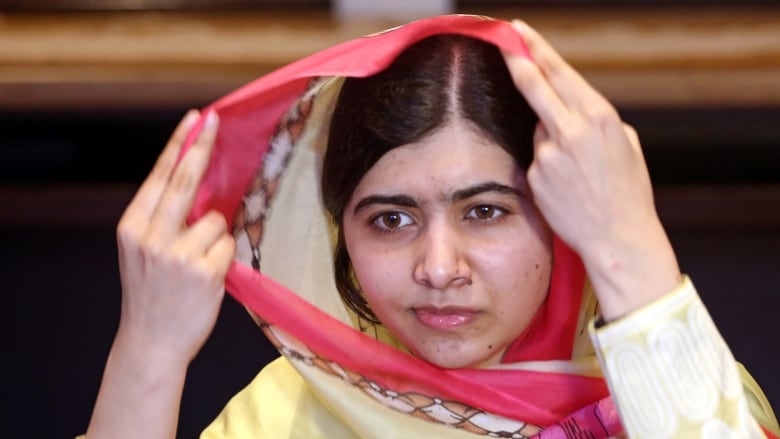 Nobel Peace Prize laureate Malala Yousafzai speaks during an interview with Reuters at a local hotel in Islamabad on March 30. Yousafzai was gravely wounded in a 2012 shooting after her advocacy as a youth for girls' education. (Saiyna Bashir/Reuters)

Two new Brampton elementary schools will make history as the first in Canada to be named in honour of a pair of heroic figures, one born in India and the other in Pakistan.

The Peel District School Board has announced it will name a pair of schools in the region after Sikh-Canadian soldier Pte. Bukkan (Buckham) Singh and Nobel Peace Prize laureate Malala Yousafzai.

Unlike Yousafzai — who became a household name after being shot by members of the Taliban while on her way to school in 2012 and subsequently became the youngest-ever recipient of the Nobel Peace Prize — Singh's contributions weren't widely known until about 100 years after his service.

Singh was the first Sikh man to enlist with the Canadian army during the First World War. He moved to Canada in 1907 at age 14, when the Canadian government resisted South Asian immigration. But because of a labour shortage, British Columbia accepted Sikh labourers. Singh endured forced separation from his family because of the restrictive policies.
Singh served with the 20th Canadian Infantry Battalion in the battlefields of Flanders in 1916, and was twice wounded in separate battles. He was sent back to Canada after undergoing surgery for tuberculosis and died in Kitchener, Ont. in 1919 with no family or community around him. 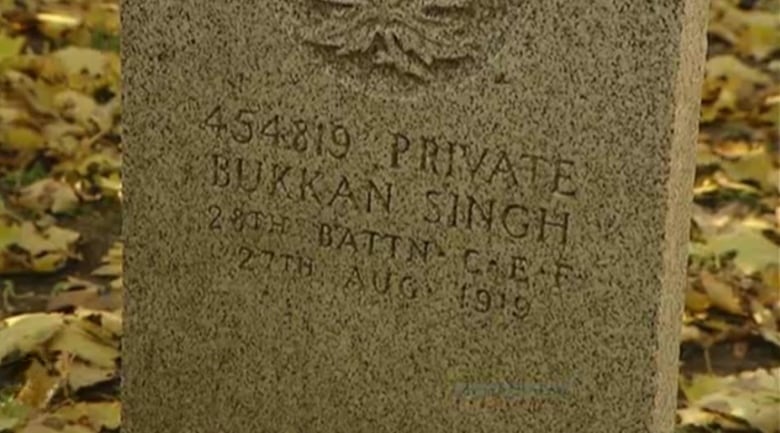 Pte. Buckam Singh arrived at Kitchener's Freeport hospital in 1917, where he was treated for about a year and half before he died. He was also buried in the city. (CBC)

He was buried by the Canadian military with full honours.

Yousafzai, an honorary Canadian citizen since 2017, began speaking about the right to education at age 11, inspired in part her father's humanitarian work. She survived an assassination attempt at 15 years of age and quickly became a prominent activist, focusing largely on girls.

Last year, she tearfully paid a visit to her home in Pakistan for the first time since being airlifted abroad for surgery. Today, she is a student at Oxford University and recently, a new girls' school built with her Nobel prize money opened near her home region of Swat in the mountains northwest of Islamabad.

In a statement, Brampton trustee for wards nine and 10 Balbir Solhi said the board is proud to name one of the new schools after Singh.

"Through his service and dedication to our country, he left behind a proud legacy — not just for the Sikh community but for all of Canada," Sohi said.