The majority of Britons are unaware that hundreds of thousands of Muslim soldiers fought alongside the country in the First World War, according to a new campaign backed by a former military chief and the Mayor of London.

"Few know" that thousands of Muslim troops fought alongside British troops, helping to make up a force that "looked more like the Britain of 2018 than the rest of the country did at that time", a cross-party group states in a letter to The Sunday Telegraph today.

The letter, whose signatories include General Lord Richards, the former chief of the defence staff, Sadiq Khan, the Mayor of London, and James Cleverly, the deputy chairman of the Conservative Party, marks the launch of a campaign seeking greater recognition of the "different colours and creeds" of those who made up the armies that fought between 1914 and 1918. 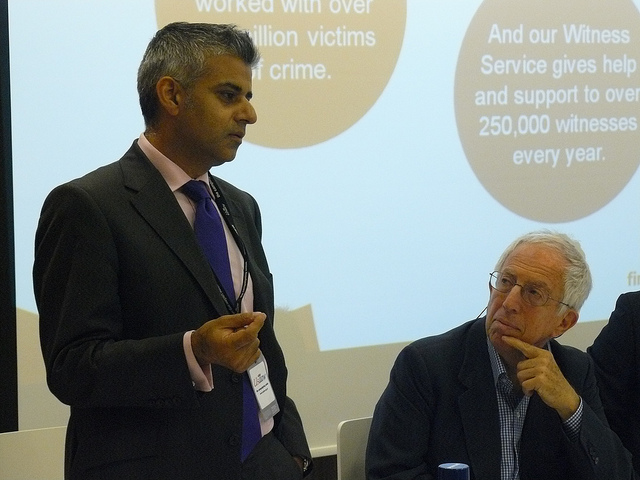 As part of the Remember Together campaign, which is also backed by Nusrat Ghani, a government minister, imams will lead remembrance-themed services at mosques around the country.

It is intended to help counter extremism and promote integration by bringing together members of different faiths and ethnic backgrounds to mark Remembrance Sunday and the centenary of the end of the First World War, on November 11.

Sunder Katwala, director of the British Future think tank, which is running the campaign with the Royal British Legion, said: “We have seen extremists, both Anjem Choudary and Britain First, try to turn our cherished symbols of Remembrance into ammunition in their culture war.

"Both rely on an ignorance of our shared history when they tell Muslims and other minorities that they have no place in Britain. So it really matters that we commemorate the soldiers from all backgrounds who served a century ago, as more Mosques, Gurdwaras and other places of worship mark Remembrance this year.”

The letter, is also signed by Lord Ashdown, the former Liberal Democrat leader, Dan Jarvis, a Labour MP and former Army officer, and the Rt Rev Paul Butler, the Bishop of Durham, as well as Imam Asim Hafiz, a religious adviser to General Sir Nick Carter, the chief of the defence staff, and Qari Asim, the chairman of the mosques and imams national advisory board.

They state: "November 11, 2018, marks not only Remembrance Sunday but also 100 years since the end of the First World War. It comes at a time when Britain’s society can feel more fragmented and anxious than any of us would want.

"There is increasing awareness that Remembrance could, should and does belong to all of us. The armies of 1914-18 looked more like the Britain of 2018 than the rest of the country did at that time. British troops fought alongside soldiers of different colours and creeds from across the Commonwealth, including over a million Indian soldiers, 400,000 of them Muslims from present-day Pakistan. Yet few know that thousands of Muslim soldiers fought for Britain – including soldiers like Khudadad Khan, awarded the Victoria Cross for bravery in 1914."