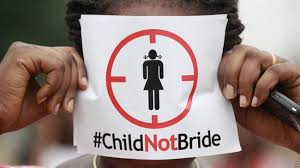 This is a major win — but 12 million girls still become brides every year.

Good news: child marriage is on the decline!

The number of women alive today who were married as children has dropped by about 15%, UNICEF reported on Tuesday.

The bad news? 12 million girls are still being married off every year.

While UNICEF estimates that around 25 million child marriages worldwide have been prevented in the last decade, without more focused efforts to stop child marriage, the world is on track to miss its target of ending the practice by 2030.

“Given the world has pledged to end child marriage by 2030, we’re going to have to collectively redouble efforts to prevent millions of girls from having their childhoods stolen through this devastating practice,” Anju Malhotra, UNICEF’s Principal Gender Advisor, said in a statement.

“When a girl is forced to marry as a child, she faces immediate and lifelong consequences. Her odds of finishing school decrease while her odds of being abused by her husband and suffering complications during pregnancy increase. There are also huge societal consequences, and higher risk of intergenerational cycles of poverty,” she said.

The significant drop in numbers is largely to the credit of progress made in South Asia, where child marriage rates have decreased significantly, according to UNICEF. In 2017, UNICEF reported that nearly half of all child brides were in South asia, and both India and Bangladesh were still among the top 5 offenders when it came to child marriage.

But, thanks to government initiatives, efforts to promote awareness of the harms of child marriage, and increased rates of girls’ education, India has seen a substantial decline in child marriage, UNICEF said.

"In the current trend, 27 percent of girls, or nearly 1.5 million girls, get married before they turn 18 in India,” UNICEF's chief of child protection, Javier Aguilar, told the Thomson Reuters Foundation. “This is a sharp decline from 47 percent a decade ago.”

Though many countries have technically set the minimum age of marriage at 18, child marriage remains a difficult issue to tackle.

Cultural, gender norms that reinforce the idea that girls and women are property or less valuable than boys and men can perpetuate the practice of child marriage, and poverty remains a major motivating factor for child marriages, experts have said.