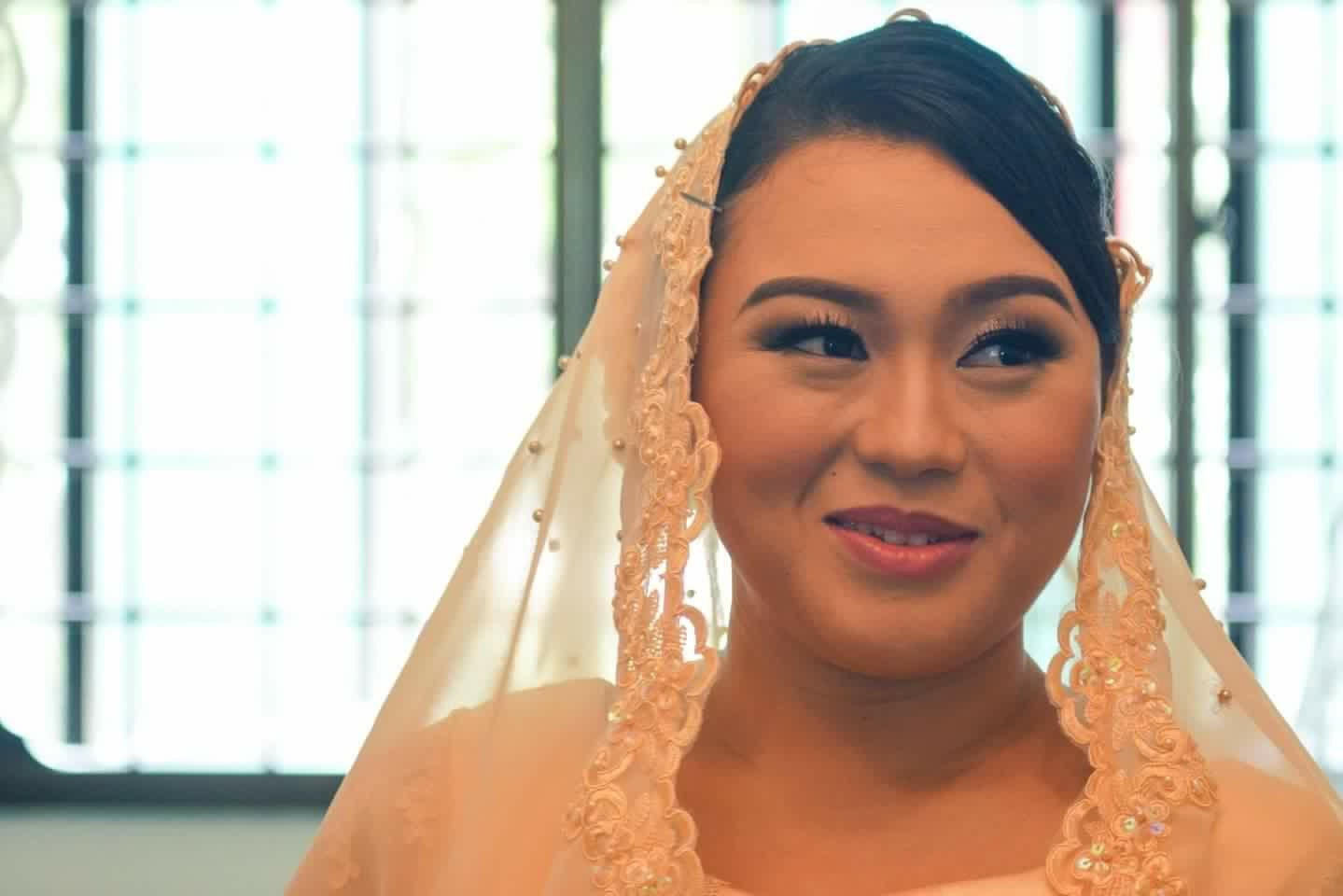 I distinctly remember the anxiety I felt as I said to my father: “I don’t think we will be sending our child to a madrasah (religious school) until he can make an informed choice.”

My conflict-averse mother had already left the breakfast table in anticipation of my father’s reaction. My convert husband and I remained.  It was an answer to a simple question my father that he had brought up over the usual Sunday breakfast. I was six months pregnant then and with the impending birth, came the dreadful questions of how we were going to bring up this child as a Muslim.

I don’t know how other children learned about religion growing up, but I remember being the rare Malay kid who went to a convent school like my mother. She decided that if it was good enough for her, it would be good enough for my sister and me. Convent schools were Christian, but because they had a reputation for having a robust approach to teaching English, a language my parents wanted us to master, we were sent there. Speaking ‘proper’ English meant a better chance for a bright future. We already knew how to perform our basic prayers and we were already introduced to a local ustazah (female religious teacher) within the same apartment block who would see to it that we could recite the Quran. The ustazah would counter any attempt at proselytizing at the convent school.

That seemed enough and for a while, it was.

In school I envied the other students for remaining in class during Catechism lessons. While I had no interest in converting, the idea was exotic to me. What did they learn? Why all the talk about blood? Why were they worshipping Jesus whom I was taught was simply a man? They believed he died to save all us all? How romantic! I wanted to know more in the same way I wanted to read all the Greek myths I could find. Instead, I was pulled out of class with all the other Muslim students until the period was over. I was miffed at this separation and my insistence to attend mass and Catechism classes continued into my late teens, much to the consternation of my teachers who happened to be Muslim. To this day, I’m still annoyed that I got chewed out for buying a copy of Catholic Weekly.

Once I was able to put my foot down, I argued for the right to remain. It was in these sessions that I learned about Christianity. To this day, I find the spirit of the religion beautiful and the idea of someone dying for me extremely loving and romantic. I would be lying if I said that I hadn’t felt doubts about religion. However, it was that same doubt that led to me to study multiple faiths.  At the end, I decided that Islam was still the faith that made the most sense to me.

The kind of religious upbringing I had was lax by my parents’ current standards. For instance, my parents never forced their daughters to wear the hijab. My sister and I wore sleeveless shirts and knee-length skirts regularly. This was in contrast to my maternal uncle who saw to it that his girls wore the hijab almost immediately. My other cousins donned it once they got married. My sister-in-law did the same. My sister and I are still uncovered. It was almost expected that once we got married, or if our father or husband went to Hajj (pilgrimage), we were supposed to start covering. I never understood why. Nothing in my understanding pointed to hijab being compulsory, even if people said otherwise.

As I grew older and showed no signs of becoming more observant, my parents stepped up their efforts. They attempted to send me to a religious boarding school but only my siblings went. I refused. My mother would check my prayer clothes to see if I used them at all. It was routine for her to accuse me of not praying or not being punctual enough to pray just after the adzan (call for prayer). My father often asked us to pray in congregation. I was given books and lectures to listen to. All these efforts felt forced and all it did was to drive me further away from religion. I am a stubborn person.

I often came home from school with many questions about other religions. Once I asked why were we not animists like our ancestors. To his credit, my father often engaged me as much as he could.  These discussions often led my father to quote that stock phrase I hear often whenever religion is discussed among Muslims:

This phrase became a cornerstone of my belief. It is often discussed in terms of who is Muslim and who isn’t. But lately, with the birth of my child, it’s become ‘Who is to say that I am not Muslim enough?’

Am I raising a disbeliever if I let my child grow up in a secular household? What if I expose him to Muslim practices and let him join in and answer all his questions, but only allow him to seriously practice if he comes to me and explicitly tells me that he wants to be Muslim?

What if he chooses another faith? Would that make me a bad Muslim parent? I want my son to learn about Judaism and Christianity as well as other faiths, especially those that are central to our culture.

These are all difficult questions I don’t have the answers to. I would be happy if my child chooses to be Muslim but I would be happier if he chooses it because he saw how being a Muslim can help him make the world a better, more compassionate and loving place. If he truly believes without compulsion, after reading all the tenets and agreeing with the divinity of God’s word and means, then I would guide him to the best of my ability.

I remember my father frowning but nodding.

“I can see what you mean…” he replied with some hesitation.

“If that is what you think is best,” he continued. I could see he bit back some words. Perhaps he felt that there were mistakes that he didn’t want me to repeat. But I also saw a man who felt I knew what I was doing.

For him, his faith is his. For me, mine.

And for my son, his own also. And on a day of his choosing.

Elle Kujawski has been in the education sector for over a decade as a certified teacher. She has worked with school editorial teams and most recently, coaches young students in creative writing. When not working on her academic pursuits in literature, she reads, mulls over ideas and uses them in her writing for pleasure.