By Graeme Rayner for Ilmfeed 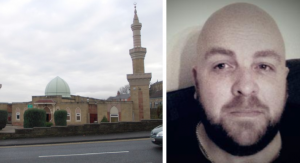 Yesterday my family and I visited Madina Masjid and Madrassah Islamiyyah as part of the nationwide #VisitMyMosque day. We first heard about this last week at our regular Sunday church service, and immediately thought it would be a great opportunity for us all to find out what Mosques are really like.

We arrived just before lunchtime prayers. After signing in we were asked to remove our shoes, and were shown into the main room in the mosque, where we were told we were welcome to observe the prayers taking place. Later in our visit I was asked by one of our hosts what I had felt when watching the prayers taking place, and all I could think to say was “privileged”. Prior to this, like a great many people, my awareness and understanding of Islamic worship came from seeing televised footage on news or documentary programmes. 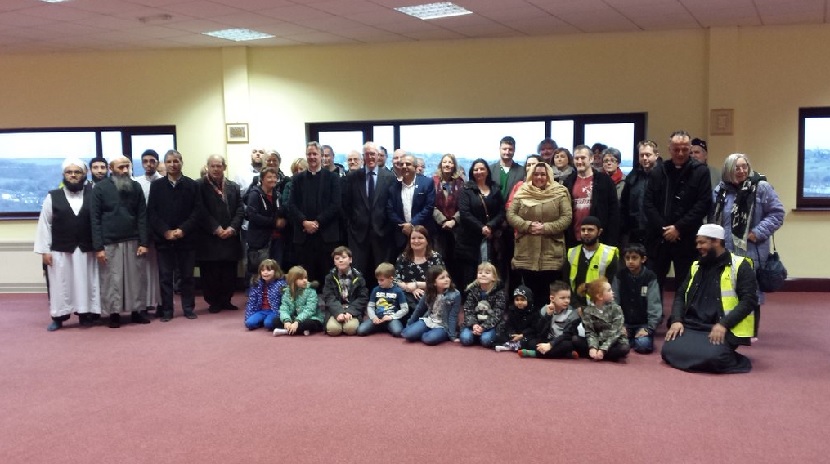 What struck me most was how very familiar much of it felt. Firstly, we were shown to a temporary seating area at the back of the hall, and I couldn’t help but smile when the call went out for more chairs. And then the familiar sights of the last few people hurrying in, followed by a few latecomers. The sight of a young worshipper, late teens, discreetly checking he had turned off his mobile. The crying of a child during the worship. These are all sights and sounds that were very familiar to those of us churchgoers who were visiting.

In fact, this got me thinking about how much we have in common with our Muslim friends, who (in this case) worship just a few yards away from our good friends at St Andrews in Purlwell.

The format that worship takes does, at first, feel very different. However, the call to prayer that precedes the service for 15 minutes is designed to act as a reminder that worship is imminent, much like our bells. (Although in 21st century life, the call to prayer is broadcast from the mosque directly into the homes of worshippers via an in home receiver – an innovation which Rev’d Mark seemed particularly impressed by – UmplebyFM anyone?)

The services are led by an Imam, in this case one who has led worship in Purlwell for over 35 years. I learned that Imams study at home and abroad before qualifying, and the Imam I spoke with talked of feeling a calling, which many of our clergy will no doubt relate to.

In the wider sense, the similarities continued – the only paid members of the Mosque are the two Imams, with support coming from a committee of volunteers who assist with the day to day running of things, much like the work our churchwarden team, PCC and working groups undertake.

The traditional Muslim greeting of “As-Salaam-Alaikum” means “peace be unto you”, and the response of “Wa-Alaikum-Salaam” means “and upon you the Peace”. We Christians regularly share the peace with one another in our services.

In the Madressah, children learn more about their faith. The main difference here is one of scale. The Madressah has over 800 children who regularly attend, and they spend time here after school on weekdays, and on Saturdays too. They learn Arabic and study the Quran in a setting which is dedicated entirely to this purpose – a kind of uber Sunday School.

We had planned to “pop in and have a look” and ended up staying for around 3 hours, being given a tour, observing classes in the Madressah, speaking with Muslim scholars and the Imam. All of this was followed, of course, by some food and drink together. It was, put simply, fantastic. During a question and answer session at the end, issues of community cohesion were gently probed – it is clear that this needs to be the start of something rather than the culmination. It was explained that many mosques are concerned that by opening their doors they are opening themselves to the possibility of negative media coverage if someone says something that could be open to misinterpretation. One guy I spoke to explained that he felt too many people trust the printed press, and seemed relieved when I explained I don’t either!

It’s also clear that many people in the wider community still struggle to make distinctions between faith and politics, between what is happening daily in our local community to what is happening internationally and being piped into our homes on a daily basis. The overwhelming sense I got was that we’re not very different. We want similar things for our community, and we seem to all agree it is “our” community – not them and us, but we. We spoke often with Mohammed, who recognised my son Archie from the school run – Mohammed’s son Ahmed it a classmate! I’m certain Mohammed and I want similar things for our boys – health, happiness, a good education and the opportunity to put that education to good work. When we got home we discussed with our kids what they had thought, and they had really enjoyed the chance to see something new, and at the same time realised the similarities. And tomorrow Archie will tell Ahmed what he did, which is great. Yes, Ahmed will grow up in one faith and Archie another, but those faiths have an awful lot in common, as do our communities.

I want to thank everyone at Madina Masjid and Madrassah Islamiyyah for welcoming us into their world. It was fantastic. Let us hope for many more afternoons like this.