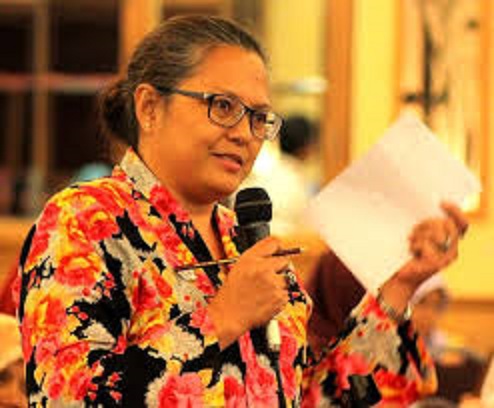 KUALA LUMPUR - The Joint Action Group for Gender Equality (JAG) is calling for the Malaysian Prime Minister Tun Dr. Mahathir bin Mohamad and the Attorney General of Malaysia Tuan Tommy Thomas for the end to whipping and corporal punishment for all offences.

The demand comes after the public caning of two women on September 3 in the country’s east coast state of Terengganu for attempting musahaqah (sexual intercourse between women) under Section 30 of the Shariah Criminal Offences (Takzir) (Terengganu) Enactment 2001, read in conjunction with Section 59(1) of the same Enactment.

The women were charged with RM3,300 (USD797) each and were subjected to six strokes each.

Approximately 150 people viewed the public caning which was held in a Terengganu Shariah court. The audience included members of the media, human rights groups, the public as well as the families of the two women.

JAG submitted a memorandum to the Prime Minister and his Cabinet on 30 August.

“JAG calls upon the Attorney General to immediately review all state Syariah criminal law enactments. This needs to be done urgently to ensure their constitutionality, and to fulfil Malaysia’s commitments to international laws and standards. We urge all state governments to impose an immediate moratorium on corporal punishment,” JAG said at a press conference on September 12.

Malaysia has a two-type legal system: civil law as well as Shariah. The latter rules Muslims in matters such as marriage, divorce and apostasy. Shariah law varies from state to state.

However, human rights lawyer and member of the organization EMPOWER Honey Tan Lay Ean said that the assumption that the federal legislation cannot intervene in Shariah laws that violate the former is simply untrue.

She added that the government can reduce the power of the Shariah system in carrying out sentences.

Abdul Hadi Awang who is the president of the Malaysian Islamic Party (PAS) which rules Terengganu had previously made a statement that caning under the Shariah law is much “more compassionate” than under civil law.

JAG, which comprises of thirteen women’s rights non-governmental organizations in Malaysia, including Islamic feminist group Sisters in Islam, said: “We remind all parties that there is nothing compassionate about caning, what more as a state-orchestrated public spectacle. There is also nothing compassionate about defending and normalizing such violence and humiliation as a means to educate.”

They backed up their statement with the Quran.

“Qur’anic teachings emphasize repentance, forgiveness and personal transformation,” they said, adding that even the verses on punishment for theft in chapter Al –Maa’idah 5:3:39 and robbery in chapter 5:33:34 for robbery allow the offender to be redeemed if they repent. “God is forgiving and merciful.”

“Is this the New Malaysia that we want?”

The mood in the country was jubilant when Pakatan Harapan (The Alliance of Hope) overthrew Barisan Nasional (The National Front) in May this year. Barisan Nasional had ruled Malaysia since independence in 1957.

However, the LGBT community soon found out that hate against them still persists.

In August, Minister in the Prime Minister's Department Datuk Dr Mujahid Yusof Rawa instructed the portraits of LGBT activists Nisha Ayub and Pang Khee Theik to be removed from an exhibition at the George Town Festival saying that it promoted LGBT activities.

Throughout the country, transgenders remain vulnerable to violence, including being beaten up and murdered.

“Is this the Malaysia that we want?” Executive Director of Sisters in Islam Rozana Isa said.