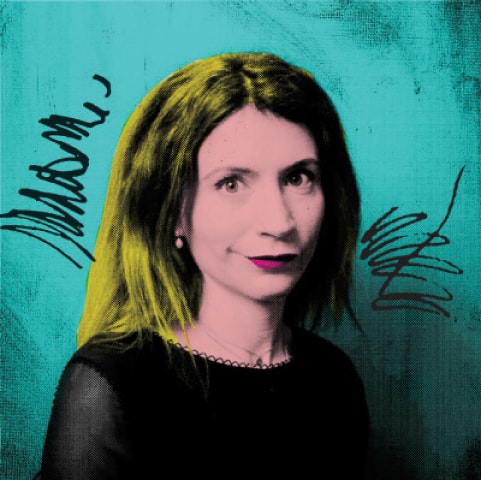 Smell, which I explored in my previous column, is hard to extricate from the next sense under discussion: taste. When one has a blocked nose, pleasure in food diminishes, while for the well person a meal’s aromas add to its enjoyment. As Diane Ackerman puts it in A Natural History of the Senses, “Smell contributes grandly to taste.” Smell has been neglected in academia. The same cannot be said of taste, which has spawned a vast body of research, including the literary. Many books examine food writing from South Asia and its diaspora. I have contributed to the topic myself with Britain Through Muslim Eyes’s analysis of the 19th and 20th century United Kingdom curry industry. One region, whose diasporic cuisine has been neglected, however, is the Perso-Arab world, a gap this column fills.

Leila Aboulela’s novel Minaret is quietly interested in feasting, fasting and a space of moderation in between. People who binge-read it as a piece of romance fiction or for its Islamic message may not digest its wisdom about the perils of over-indulgence and the importance of restraint.

Young Najwa lives with her wealthy family in Sudan, where she has considerable freedom in her dress, education, sexual relations and eating habits. Later, as an adult enjoying cannelloni and profiteroles alone in a London restaurant, she has an epiphany about her lack of constraints in the diaspora: “I can do what I like, no one can see me. … I could order a glass of wine. Who would stop me or even look surprised?” Instead of feeling free, though, Najwa is troubled by the tightness of her skirt’s waistband after the gluttonous meal. She goes on to experiment not with alcohol, but food refusal, buying “a copy of Slimming and a packet of Fox’s Glacier Mints.”

She starts attending the Regent’s Park mosque which furnishes devotees with sustenance, both physical and spiritual. After a stimulating Quran class, Najwa takes her dinner at a halal restaurant serving the mosque and finds comfort in its simple international fare of dal and pita bread. Similarly, she is delighted to be given a box of chocolates for winning a quiz about Islam. Because both these victuals come after spiritual striving, they are portrayed as wholesome or tayyab rather than indulgent.

Yasmin Crowther’s The Saffron Kitchen centres on the kitchen as a female- or family-oriented space of gossip and intrigue, ritual and stories. Readers visit various kitchens: in London and Richmond, and the village of Mazareh and second city of Mashhad in Iran. Sara has grown up with the stories her Farsi-speaking mother Maryam tells about samovars and black tea served in glasses in Iran. The novel rightly limns Iran, the ‘home’ Sara has never visited, as being steeped in tea culture. Iranians drink tea for pleasure, companionship and alleged health benefits. The beverage is associated with women and the sanctity of domestic space. A contrast to the tea served in the home is set early on in the novel with the coffee drunk in the public sphere. Crowther depicts Iranian coffee houses as exclusively masculine spaces which allow debate, and sometimes violence, to percolate in the lead up to the 1953 coup against prime minister Mohammed Mossadegh.

Saffron, or zaafran, recurs often throughout the novel’s pages. This spice, more valuable by weight than gold, is produced from the stamens of a rare crocus. In her “biography” of the condiment, Secrets of Saffron: The Vagabond Life of the World’s Most Seductive Spice, Pat Willard proclaims that Persian saffron “smells and tastes like the mother lode.” Saffron also functions as a symbol of modern-day Iran, as Crowther makes a connection between the surprising red colour of the purple crocus’s delicate stigmas and the bloodshed in the conflicts of 1953 and the 1979 Revolution.

Finally, Robin Yassin-Kassab’s novel The Road from Damascus explores religion and the consumption of food, drink and drugs. From the outset, it is clear that his sybaritic lifestyle has taken its toll on British-Syrian Sami, with his body “ageing quickly, increasingly swell-bellied.” His appetite for instant thrills is clear when Sami plunges back into voluptuary pleasures in London after a sabbatical in Syria listlessly trying to find inspiration for his PhD. Downing a triple whiskey at the airport, he heads off to buy marijuana. His smoking causes urgent food cravings and Sami knows where to sate them: “Along the Harrow Road […] and through the open entrance of the Tennessee Bird Bar. (Or the Louisiana Chicken Shack, or the Mississippi Fry House, perhaps the Memphis Wing Palace. They’re all there.)” Yassin-Kassab pokes fun at the widespread attempt by local fast food businesses to emulate KFC’s global success. The artificiality of such restaurants is emphasised via the description of a server whose translucent skin and dazed eyes have more in common with a battery chicken than the processed mass in batter that he hands to Sami.

In his article ‘Fried Chicken Shops’, Hussein Kesvani points out a link between such establishments and British Muslim communities. Because unbranded chicken shops sell halal meat at low cost in the warmth until late at night, they are popular with working-class Muslims seeking a change from home cooking or with no comfortable house to go to. Sami is right to worry about his “butter-churn stomach,” though, since the health problems associated with fried chicken include type 2 diabetes and obesity.