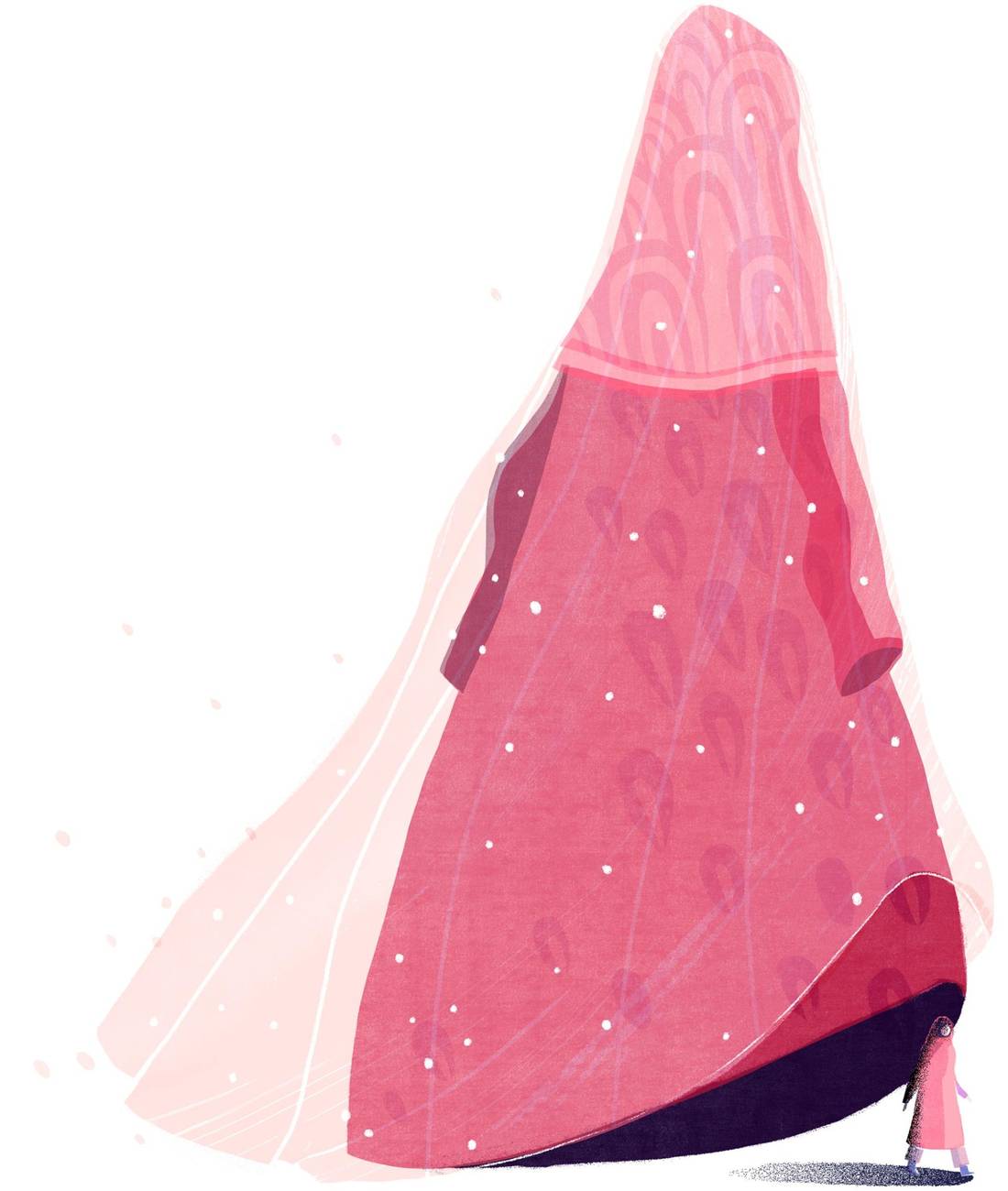 It is a truth still universally acknowledged in Muslim culture that an unmarried woman at 30 has failed at life. But my case wasn't so simple: I was divorced and I lived on my own, two taboos that made me undesirable (and suspicious) in addition to my advanced age of 29. People suggested that I should get a professional matchmaker's help and so my family paid $300 to a woman who claimed to have deep connections across Canada. Once I found a match, I would have to pay another $300.

The first match she sent my way made me realize exactly how undesirable I was. The potential mother-in-law wanted to take a photograph of me during our first meeting, as though I were an exhibit at a museum. I waited an hour and a half at an upscale coffee shop in downtown Toronto while she sent texts that she was "nearly there." When she finally walked in, I found out that her son had never planned to come along, a detail she had omitted when we were arranging a time to meet. Barely 10 minutes into our conversation, she insisted on taking a photograph of me in "good light" to show her son. We hadn't even placed our order yet.

Another potential mother-in-law asked why my husband had left me, automatically assuming that he had done the leaving. The matchmaker, who had built a national reputation, said that because I was a divorcée and "likely infertile," I should be open to men over 40 with children.

I was childless by choice. It was my only act of will in a long marriage.

Let me backtrack. I married when I was 20. Growing up in a traditional Muslim Pakistani home in Calgary, my whole world was turned upside down when my parents left Canada and moved to the Middle East. I stayed in Calgary because I was in the middle of my semester at university. Before they left, I had never even been permitted to go out on my own except to attend university. When a man who was a few years older than me proposed, I accepted because I didn't know how to say no and felt unmoored without protection and support.

On the day of my nikkah, my Islamic marriage ceremony, I went to an empty room and cried so much I ruined my makeup. I knew I was making the worst mistake of my life, but felt powerless to stop what was going on or even to name my feelings. I had been taught that I was an amanat to my family – something given for safekeeping that must be returned. My true home was with a husband, as is the case for all girls in traditional Pakistani culture. Living alone, I was an abnormal occurrence and people would doubt my chastity. I had been taught that I would be disowned if I engaged in any physical acts, even kissing, before marriage.

I stayed in that marriage for seven long years. Looking back, those years are a blur, as though they're someone else's life. Although my husband was kind, marriage from the start had meant social isolation. At university, while others partied or travelled on study-abroad programs, I spoke another vocabulary altogether. No one understood why I was married, so I stopped talking about it and became more isolated because I had to hide my truth. Confused about my place in my culture and religion, cut off from my family, I had no idea who I was and what I wanted from life.

Each time I tried to talk about it, my family shushed my unhappiness because they told me I had no reason to leave. My husband was letting me study, he was from a good family, he treated me well, so what did I mean I was not happy?

In a fit of desperation, I left Edmonton to study at University of California, Berkeley, for four months, using my wedding gift money. The next year, I went to City University of New York for graduate work and then to Toronto for an MA program. I initiated a divorce because I wanted more from my life and I wanted to figure out what those goals were without a sense of duty to another person.

When my stepmother heard about my decision, she fainted.

I lost the support of my parents and my extended family for almost five years. During that time, we only had scattered meetings and conversations that always ended in tears on both sides. Their disappointment was a constant presence in my life. In a culture where arranged marriages are common and romantic love is often scoffed at as unrealistic, my family did not – and could not – understand why I had chosen to leave.

It took a long time for my relationship with my family to normalize. To this day, no one talks about that time in my life. The cost to me has been heavy: I've learned to be silent about my past so that I won't embarrass anyone.

Between the ages of 20 and 27, it was like I ceased to exist. Although that first marriage was the biggest influence on my identity, it also feels like a major chunk of my youth is an entire blank.

Now, I am 33, with a new husband and a baby (without the help of a matchmaker, I must add). It took a long time to find someone who accepted that I lived alone and had divorced my first husband "for no reason."

Pakistani culture, Muslim culture and, frankly, South Asian culture overall makes marriage the epitome of a woman's life. (I remember how my former roommate in Toronto would proudly boast about the doctors who were sending her proposals.) But the dialogue around divorce, particularly when a woman initiates it "for no reason," as I did, does not occur in my culture.