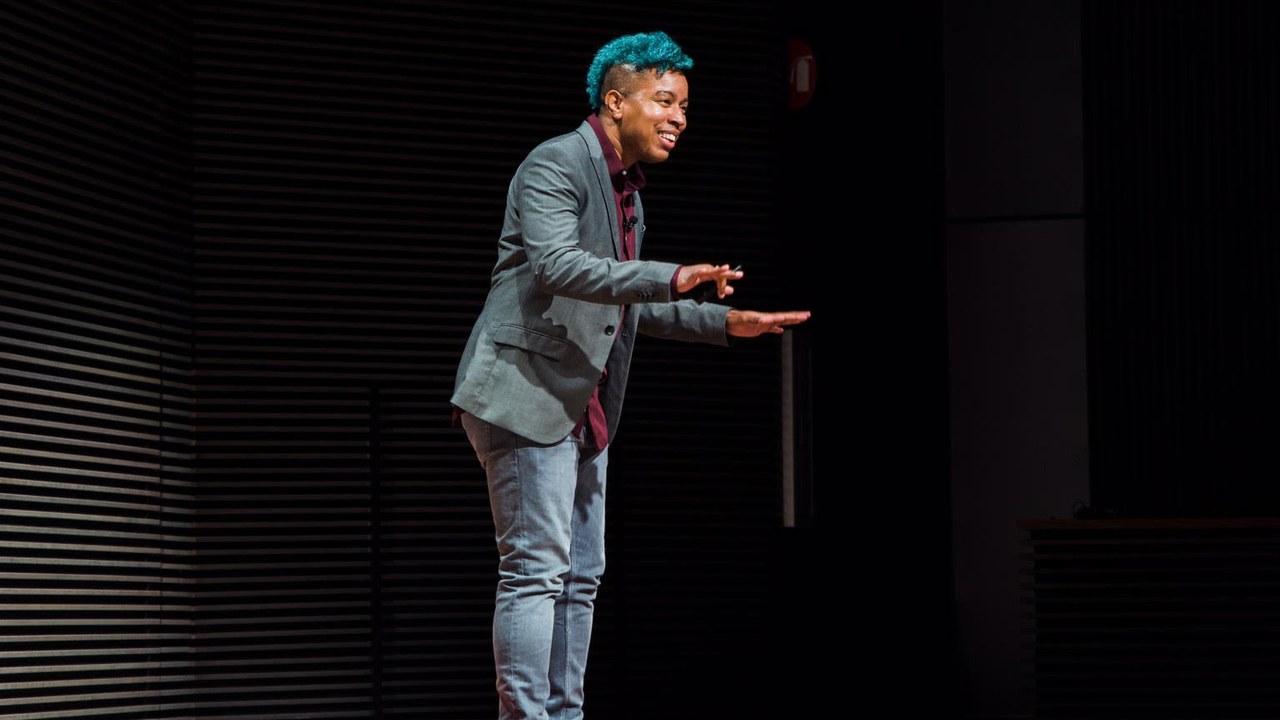 In this op-ed, J Mase III explains how coming out as transgender taught him about Islamophobia — an extension of his TedX talk on the same topic.

As a poet, there are many pieces I choose not to share in front of white audiences. When you are that vulnerable, you become intimately aware of the fact that, under a system of white supremacy, white folks often do not empathize with Black pain. Your hurt can become the punch line to a joke you never intended to tell. So, I get choosy and reserve parts of my story for Black and Brown spaces that allow me to have a full pallet of emotions rather than only expecting me to be their court jester. There is just one place that I have come to expect misplaced laughter during a carefully curated set, and that is when I talk about my parents. When I talk about being a Black trans person with a Christian mother and a Muslim father, I almost rush to dispel whatever falsehood is being projected onto my late father.

There are these pockets where white folks will pat themselves on the back for their social justice efforts while simultaneously dehumanizing Black folks for fun without seeing the irony. Part of that dehumanizing for me is the nervous chuckling under the breath of many white folks who will only ask about my father in coded ways: “Wow, that is so interesting about your parents’ religion! What did your father think about you being trans?” Rarely do I ever get pointed questions in these spaces about my mother and our relationship, and there is always immense shock when I answer with how great my relationship with my dad was. In the imaginations of many people, Muslim people can’t be trans, and certainly the Muslims who aren’t trans must be incapable of loving trans people. When the person who taught you how to be both trans and proud of your faith has died, Islamophobia directed toward them is even more painful.

It happened when I sought therapy right after my father passed. The therapist asked me about my father, and when I told her about his faith, she, a white, middle-aged cisgender woman, said matter of factly, “I know [Muslim people ] don’t accept transgender people. What was that like?” I never went back to her. My father was my best friend. White folks’ casual Islamophobia that limits someone I care about to their own barbaric imagination strips me of my right to grief. For many folks reading this, it may seem to you that I am being overly sensitive. I’ve been called that by folks who are not Black, who are not trans, who are not Muslim. People who do not have their capacity for love and humanity challenged at every turn. That simple chuckle of an audience member at a trans conference, of a therapist seeking to connect with the part of me that is queer, of a stranger inquiring with the expectation of a terrible revelation when I talk about my dad— these are all symptoms of white supremacy. For me, it highlights the untrustworthiness of polite people with power and privilege.