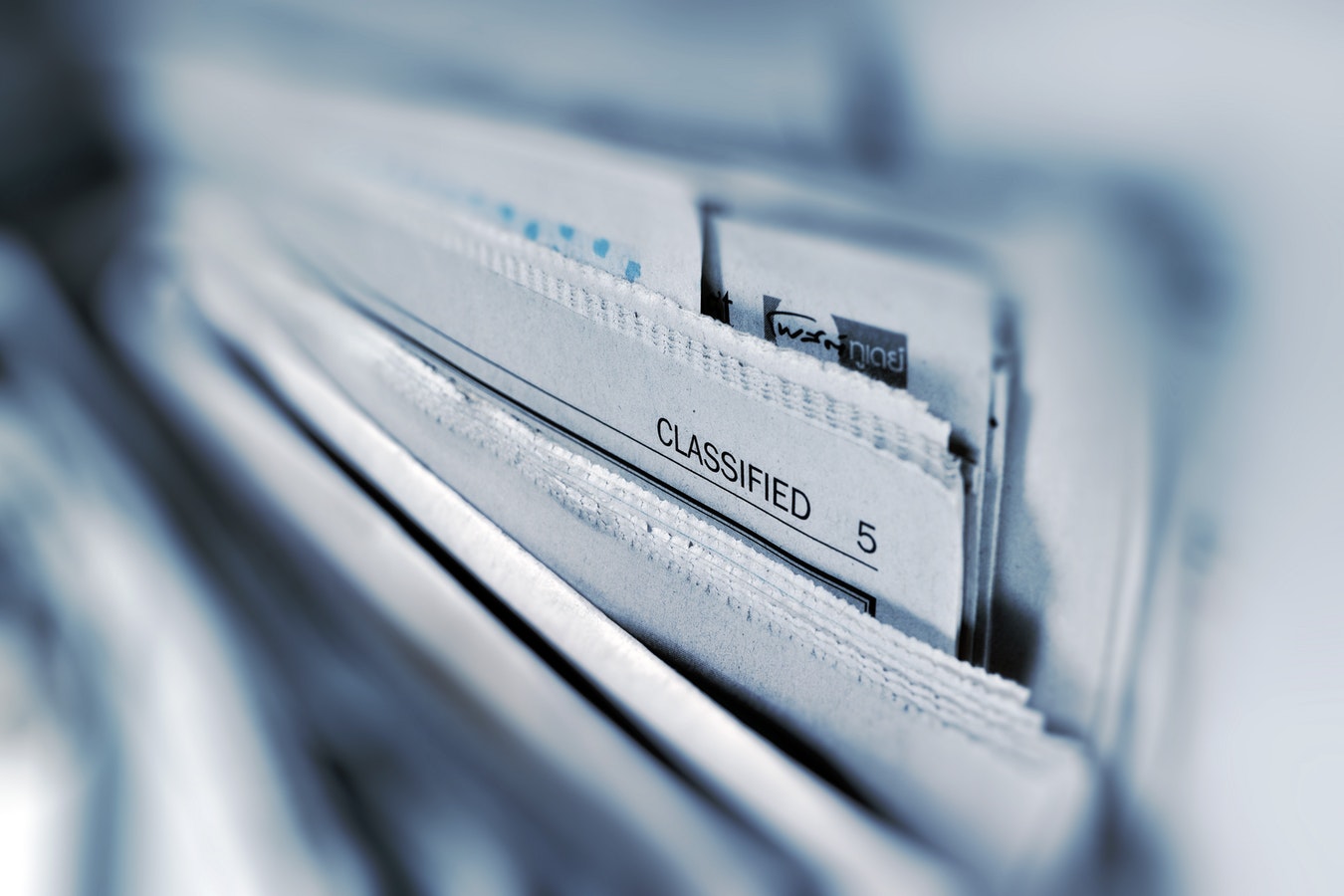 Acts of terrorism are shocking, deeply upsetting, and horrific. Following the aftermath of an attack, many people understandably ask themselves how someone could commit seemingly random and senseless acts of violence. However, terrorism is neither random nor senseless. It is often calculated and frightenedly precise in terms of targets, the method of operation in conducting the attack, and propaganda releases which ensure that the words and actions of the perpetrator(s) live well past the actual attack itself.

News outlets hurry to provide the latest updates on the attacks, the perpetrators, and any other information pertaining to the news-breaking event. Sometimes, as part of this coverage, they may choose to publish the terrorist’s or mass shooter’s manifesto, but this may lead to unintended serious consequences. J.M. Berger, analyst and author of Extremism and co-author of ISIS: The State of Terror, writes:

“All the journalistic restraint in the world will not stop killers from memorializing their actions, and it will not stop extremists from fixating on those memoirs. But the success of terrorism is measured largely by its reach. The horrific act of Anders Breivik propelled his intended meaning to a global audience, where it has found purchase. Less deadly acts of violence by Dylann Roof and Elliot Rodger have been elevated in the same way. We have only begun to suffer the cost of these writings, crafted with an intent no less lethal than their authors’ violent crimes. We must do better when we confront the next, inevitable outbreak.”

Inevitably, news coverage will shift towards the next big story and with time, the shock of the attack may gradually begin fade away from our wider collective consciousness but within the borderless domain of online echo chambers, the constant barrage of propaganda feeds these violent extremist “ecosystem” internet spaces hoping to draw in possible potential sympathizers along the way. As J.M. Berger pointed out, facilitating the spread of violent extremist material does a large portion of the extremists’ heavy lifting in terms of getting their message out to a wider audience.

Two days after the terrorist attack on the Chabad of Poway synagogue in southern California, a news outlet published the full open letter of the perpetrator, John T. Earnest. At the time, it had not even been confirmed that it was Earnest’s letter but despite this lack of confirmation, the site still chose to release it without bothering to mention that caveat. In hopes that they would consider removing it from their website, I sent in a comment via their “contact us” form:

“Good evening. I saw that you posted John Earnest’s alleged/unconfirmed open letter and I am asking you to reconsider. Summaries of these manifestos can be helpful and providing summary overviews as opposed to sharing the letter itself would be a much better option than spreading this propaganda directly.

Additionally, it has not yet been confirmed that this is authentic (although it seems more and more likely that these are his writings). Regardless, this manifesto is particularly dangerous because it provides tips on what kind of attacks sympathizers could carry out and it offers ideas on how to go about creating terror. These are literally suggestions on how to do terrorist attacks.

Earnest explicitly stated in the alleged letter that he wants it to be shared far and wide and like Brenton Tarrant (the New Zealand shooter), he claimed not to seek fame but emphasized the importance of his ideas spreading. You have single-handedly assisted him with this objective and if this letter stays up, it remains easily accessible to a wide audience where they don’t have to visit obscure links online or look for this content on encrypted apps.

True – once it’s online, it’s unlikely that it’ll disappear but why facilitate access to this document? Please read this and consider taking this content down: The Dangerous Spread of Extremist Manifestos

I am an analyst at a local government office with a research focus on terrorism, violent extremism across ideologies, and terrorist propaganda. I felt the need to mention my area focus so you understand that I do have a background on this topic and again, would appreciate serious reconsideration regarding the publication of this dangerous manifesto. Thank you for your time.”

As of May 24, 2019, I have not received a response and the letter remains up on their website.

Freedom of the press is incredibly important and the media source itself is the entity who ultimately decides what or what not to publish, however, providing this kind of access to the words of a violent extremist is irresponsible. This news source is not alone in their decision. The New York Times has also made the controversial decision, on multiple occasions, to publish manifestos.

Following the terrorist attack on Al Noor Mosque and the Linwood Islamic Centre in Christchurch, New Zealand, a Vox senior politics reporter who covers conservatism and the American Right, Jane Coaston, wrote an article on Brenton Tarrant’s manifesto demonstrating how cautious coverage of these kinds of manifestos can be done. Before delving into the topic, Coaston explicitly stated why the manifesto should not be haphazardly shared:

“The shooter reportedly left behind a 74-page manifesto. It’s the kind of document instigators on mass violence often write to inspire copycat attackers (which is why I chose not to link it)…The reason it’s important to both understand the Christchurch shooter’s manifesto and refuse to spread its contents without context is that a manifesto is a published and public declaration of intent or belief…The Christchurch shooter wrote his manifesto with the clear intention of it being shared widely after he committed an act of mass murder.”

While portions from the manifesto are quoted, the article provides surrounding context and includes a comprehensive background on the history white supremacy and the concept of “shitposting” in far-right online culture. Others covering these kinds of stories may choose to solely summarize the extremist content without quoting from it directly at all.

Unsurprisingly, Tarrant’s manifesto and his livestream made rounds on internet sites with large alt-right/far-right/white supremacist communities but they also popped up on an encrypted app frequently used by ISIS and Al Qaida supporters. While various white nationalists lauded Tarrant’s actions by spreading his propaganda on their platforms, ISIS supporters shared his livestream video stating that Muslims are under attack by “extremist Christian bigotry”.  Alongside the manifesto and video, Tarrant wrote on his weapons, among other topics mentioned, historically significant names and dates referencing battles against the Ottoman empire and names of ethno-nationalist/white supremacist terrorists. In response, pro-ISIS propaganda circulated copy-cat photos of guns with threats of retaliation such as “Patience New Zealand”. This demonstrates the symbiotic relationships that may arise between extremists: propaganda from one group simultaneously feeds into the propaganda of an opposing violent extremist group where they either take or copy-cat each other’s material to reframe and push their desired narrative.

Without cautious reporting and serious consideration before publishing manifestos and other propaganda, extremists achieve their goal of reaching wider audiences. For them, attracting the attention of potential sympathizers is important along with the desire to boost the group’s or ideology’s image on an international scale. New Zealand chose to ban Tarrant’s manifesto and the UK had made it a crime to download terrorist propaganda; moves that have brought into question issues about free speech and thought crimes. A fix-all solution does not exist but weighing the pluses and minuses before publishing this propaganda is a solid start.

Meili Criezis graduated from Southwestern University in 2017 with a dual History and French major focused on Algeria/France and conducted archival research on the Algerian Revolution for Independence in Paris. She is currently an analyst at the Office of Public Safety and Homeland Security researching terrorism, terrorist propaganda, domestic/international violent extremism across ideologies, and community resiliency initiatives.