Shattering Prejudices. Exposing hard truths. Provoking dialogues. Stirring debates. Films produced by the new generation of Arab filmmakers reveal what the mainstream media and pop culture do not: a multilayered society in flux, desperately seeking liberation. Programmer Lina Matta has roamed the region, and the world’s film festivals, in search of the most promising directors of the region. We spoke to her about the seventh edition of the ANA Contemporary Arab Cinema series, premiering at the Brooklyn Academy of Music this fall.

Hyperallergic: What is your selection process for the movies for this series?

Lina Matta: When I first started the series seven years ago, I would attend the three main regional film festivals focused on movies from the Arab world. These festivals have since shut down; the Dubai International Film Festival is closing this year after a fourteen-year course. I also keep an eye on the international festivals like TIFF, Cannes, Berlin, and Sundance.

HA: Is this series targeted to Western audiences, Arab audiences or both? Why?

LM: The series is primarily targeted to Western audiences. Audiences walk away feeling that they’ve uncovered an Arab world they’ve never seen depicted in the news or on television. They discover that Arabs’ daily lives, fears, anxieties, and landscapes are just like theirs. I also hope that Arabs attend, to see films about other Arab countries. Our own stereotypes and ignorance of our neighbors are also a major issue in the region. 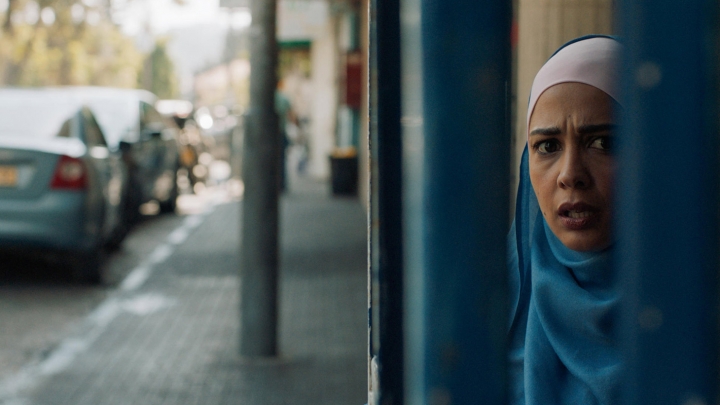 HA: How does Arabic cinema reveal alternative narratives from the region? How are these narratives received in the region, and abroad?

LM: The idea of this series is to have our people, our master story-tellers, tell our stories. Some of the films have been hugely popular in their homeland, like Nadine Labaki’s Where Do We Go Now, Sophie Boutros’ Mahbas; others, like Ziad Doueiri’s The Insult, Hany Abu Assad’s Omar, Jehane Noujaim’s The Square,  Naji Abu Nowar’s Theeband Abdulrahmane Sissako’s Timbuktu were nominated for an Oscar. Very few have gotten international distribution because they are mostly indie films.

HA: With the recent social upheavals, many activists have turned to art to express dissent. Do these movies reflect these social movements?

LM: Definitely. Some of these films are very brave, and attack the ills of their society head on and unapologetically. In this year’s selection, the movies Investigating Paradise, The Journey, Zagros, The Blessed, and Beauty and the Dogs tackle warped interpretations of Islam, suicide bombers, honor killings, and being let down by an ideological revolution or a system.

HA: Please highlight the key issues and themes of this year’s selection. Why are these questions important today?

LM: The films from North Africa tend to indict their regimes post-civil war or post-Arab spring. They challenge bureaucracies and the lack of fundamental changes in their society.

While they may first seem like films about family dynamics, Lucien Bourjeili’s Heaven Without People and Sofia Djama’s The Blessed also address politics, religion, and living in the aftermath of civil war. Investigating Paradise [Merzak Allouache] and The Journey [Mohamed al Daradji] deal with the ways in which Islam, if interpreted in a literal, close-minded way, can lead to very dangerous consequences. Kaouther Ben Hania and Khaled Barsaoui’s Beauty and the Dogs, a story about a Tunisian girl getting raped, works as an indictment on bureaucracy and a system gone wrong. Claire Belhassine’s The Man Behind the Microphone is about family secrets, but it’s also about a particular era in Tunisia’s modern history. Khaled Diab’s Induced Labour, one of the few comedies in the series, is about the lengths people will go for a better life; Sherif Nakhla’s Les Petits Chats is about a period in which Egypt was embracing the West and a cover band that rocked the hottest nightclubs of the Arab world for twenty-eight years. Philippe Aractingi’s Listen is a modern love story that urges us to “listen” amidst the religious, social, and day-to-day cacophony of Lebanon. Muayad Alayan’s The Reports of Sarah and Saleem is the story of an affair that unfolds in Jerusalem, with its unique political landscape. Sahim Omar Kalifa’s Zagros also tackles trust within a relationship set against a backdrop of old traditions of honor killings.