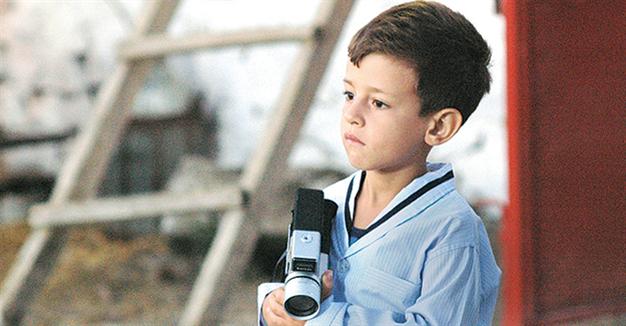 The failed coup attempt on the evening of July 15 that led to the death of over 200 and thousands of detainees scared the country senseless. And continues to do so. The possibility of a military coup already sounds terrifying, but for the people of Turkey, there are too many bad memories in the recent history, making it all the more difficult to cope with such an instability in the country.

The first coup in 1960 led to the execution of the elected prime minister and the ministers of foreign affairs and finance. Then came the “coup by memorandum” in 1971. The pattern of a coup by decade was finalized with the one in 1980, beginning a military regime that would put seven thousand people into prisons, 50 executed and have the opposition silenced for a long time to come.

The Sept. 12, 1980, coup was also the beginning of a dark period for Turkish cinema, as heavy censorship coupled with arrests and imprisonments of filmmakers like Tarık Akan, Şerif Gören and Ömer Uğur led to a silent period for the country’s cinema. As some of the filmmakers lived through the direct consequences of the oppressive regime, the coup eventually became a favorite subject, with coup films continuing to hit theaters for the last three decades.

The first feature film to look at the aftermath of the coup was Zeki Ökten’s “Ses” (The Voice) of 1986. The film starred Tarık Akan, a name who himself was familiar with prison life after the coup, as a young man who moves to a coastal town to start a new life after spending years in prison. The scenic atmosphere soon changes into an unsettling drama when the protagonist recognized the voice of his torturer.

The same year saw two other films, “Dikenli Yol” (The Thorny Way) and “Sen Türkülerini Söyle” (Sing Your Songs), dealing with the coup, both of the movies starring Kadir İnanır, who would continue to be the poster boy of the 1980 coup in Turkish cinema for years to come.

Kadir İnanır, the poster boy of the 1980 coup Actor/comedian Zeki Alasya’s directorial foray “Dikenli Yol” is a redemption story where a young man tries to come to terms with his brother’s death amidst the chaos leading to the coup, and his complacency. In “Sen Türkülerini Söyle,” İnanır plays a man trying to adapt to a new order in Turkey after having spent seven years in prison.

The crippling effects of the coup would take screen time almost two decades later with İnanır in the leading role once again. Yusuf Kurçenli’s “Gönderilmemiş Mektuplar” (Unsent Letters) of 2003 would bring together İnanır with legendary actress Türkan Şoray. The film took a look at the aftermath of the coup two decades later through a heartbreaking love story. As Cem goes back to his town 20 years later, he finds that his family still finds him responsible from his brother’s death during the immediate aftermath of the coup.

İnanır took one final role in a movie on the coup in 2008. In Şahin Gök’s “Son Cellat” (The Last Hangman), he plays a public prosecutor who finds himself in prison following his son’s death in the political turmoil just before the coup. Perhaps the most popular film of the last decade, one that was loved both by the audience and the critics, was 2005’s “Babam ve Oğlum” (My Father and My Son) by Çağan Irmak.

The film was a heartfelt melodrama that put the 1980 coup in its center and how it affected three generations, a seven-year-old boy, his father and his grandfather. Taking the themes of broken families and loss, “Babam ve Oğlum” was the ultimate tearjerker and showed how social traumas can turn into personal ones.

While feature films abound, there aren’t many documentaries on the coups in Turkey. Özlem Sulak’s 2010 documentary “12 Eylül,” a joint production from Turkey and Germany, is a powerful film featuring interviews with 17 people at different ages and from diverse backgrounds as they reminisce about the day of the coup, and its effects in the aftermath.