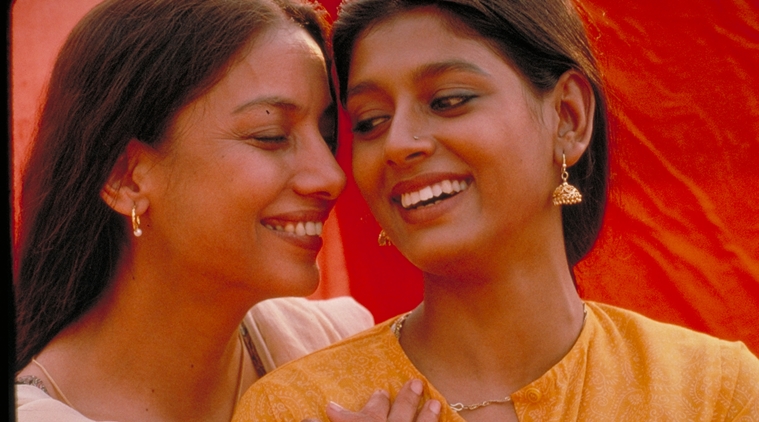 “Isn’t it amazing? We’re so bound by customs and rituals. Somebody just has to press my button. This button marked “tradition” and I start responding like a trained monkey.” (Deepa Mehta, Fire)

Fire was the first part in Deepa Mehta’s trilogy. Released in 1996, it deals with the taboo topics of masturbation, adultery and homosexuality.It is known as one of the first Indian-set films that highlights female homosexuality and proved to be a disruption to trends in Indian cinema. Mehta is an unconventional writer and director who dares to shatter not only the grounds of religious fundamentalism but also opens a front against the exploitative nature of patriarchal Indian society. Mehta and Shabana Azmi, both being social activists working for women’s rights attempted to change the great narrative of gender ideology.  This film is criticized and rejected by right-wing Hindu fundamentalists because it portrays female homosexuality.

The film resonates with the issues of gender and sexuality: It shows the story of two sister in-laws who, because of the inhumane treatment from their unworthy husbands. find solace and fulfilment of their sexual and emotional desires in one another. The character of Sita, a young newly-wedded woman with modern ideas and Radha, a self-sacrificing wife, expose the patriarchal Indian society which is socially orthodox. This project by Mehta is first an effort to voice the unrecognized sexual needs of women and secondly, to paint a fierce critique on the hypocrisy of religion which, on the basis of religion, regards women as inferior to men.

“Is it so bad to be that selfish? It scares me. This isn’t familiar for me. This awareness of needs and of desires.” (Radha, Fire)

The very first thing that stands out in Fire is that it was written and directed by a female writer. Mehta is defiance of parts of religion that legitimize the idea of women being “an object of temptation” and “the root of all evil”. Mehta does it by a deliberate choice of names for characters: “Sita”, a Hindu goddess who is esteemed as the paragon of spousal and feminine virtues for all women and who underwent Agni pariksha (an ordeal of fire) to prove her purity before she was accepted by her husband Rama. “Radha”, also a Hindu goddess, is a milkmaid seen theologically as a symbol of the longing of Krishna.

“There’s no word in our language that can describe what we are. How we feel for each other. (Radha, Fire)

Judging from the cinematography, this film was not made from a “male gaze” perspective. The scenes of sexual encounters of Radha and Sita are not shot in a way to spice it up for the male audience but only to convey the idea of sexual fulfillment of a homosexual couple. “Desert Hearts”, a 1985 American romantic drama that is regarded as the first film to represent positive portrayal of female homosexuality was shot in a way that caters to a male audience.