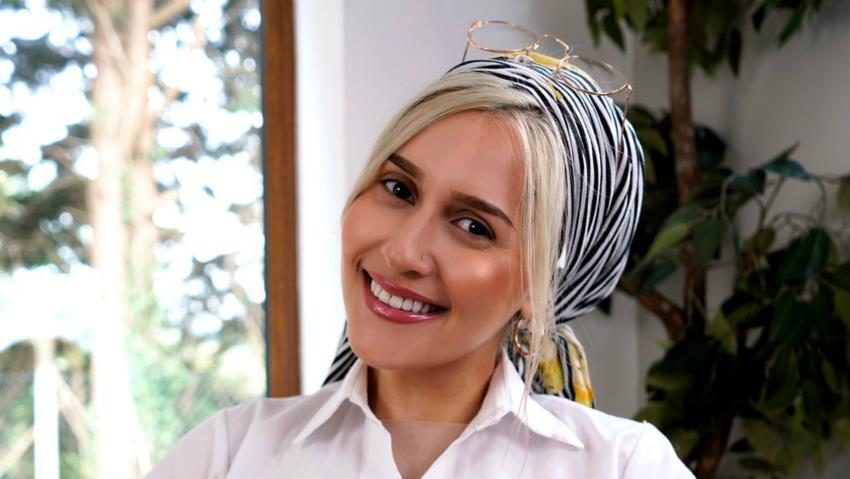 "This is the story of my life. It's about me as a Muslim Brit embracing dual identities, surviving the turbulent teens and transitioning from self-doubt to self-belief... You can't get a Muslim woman in a hijab with no opinion, am I right?!" The synopsis to influencer Dina Torkia's debut book sets the tone for her journey into inspiring the world of modest fashion.

Over the last few years, the British Muslim fashion blogger has gone from strength to strength. Today you will see Dina's face plastered for many fashion brands while talking about being a social media sensation to the likes of Vogue. But her journey began in early 2010, where many hijabis will remember her sharing trendsetting hijab tutorials on a mannequin's head on Facebook. The quality of the video was terrible, she was rather awkward in front of the camera, but none of that mattered: the concept was new, it was unheard of and the hijabi community was taken over with excitement.

She then moved her videos to YouTube and was one of the first headscarf wearing Muslim vloggers sharing her modest fashion creativity online. It was something we had not seen before, and it was refreshing to see awareness being raised about the huge lack of fashion possibilities for women who choose to cover.

Dina has definitely paved the way for a hijabi presence online, and now boasts more than 800,000 subscribers on YouTube and over a million followers on Instagram. Of course, with such heightened success, one is prone to criticism, as the blogger can recently relate to after being bombarded with negativity over her choice to not wear her headscarf full time. But despite all that, the blogger stands firm on who she is as a person and her first book Modestly gives a great insight to the journey that has brought her here today.

In the book, which was published by Penguin Random House in September, Dina talks about her childhood growing up half English and half Egyptian, how she met her husband, the struggles of getting married and becoming a mother, how she came to be one of the first Muslim modest fashion bloggers, and everything else in between - sprinkled with headscarf and makeup tutorials and a plethora of modest style advice. Mostly, she writes about the struggles of being a hijabi and about what modesty means to her.

In the book she mentions "the inescapable shedload of bold statements." However, I felt they were more 'statements' without the bold. Some interesting topics aretouched upon but only superficially. They are not really developed into elaborate arguments and the depth I expected them to be in. These 'bold statements' are also never backed with numbers or evidence, and are suggested to be things the reader should know and acknowledge, when in fact they are quite challenging of the common narrative.

However, some interesting topics covered in the book include her relationship with prayer, her views on racism within Muslim communities and her own white privilege, gender stereotyping and double standards when it comes to raising children. She also touches on the taboo of relationships for people of colour as well as talking about sex and marriage.

The first chapter, My Journey, is a biography of her life. It begins with her birth in Cairo in 1989 to moving to London a couple of years later, and then to Wales to settle there with her parents.

She talks about having her first period at the age of eleven and when she first started to wear the hijab. She describes the awkwardness and difficulty she faced wearing it during a time in her life when it would have been much easier to "dress like the other girls."

She also speaks extensively of the eating disorder and anxiety she struggled with growing up and as a young woman. She very honestly admits that being a hijabi never protected her from obsessively caring about her weight and appearance and having faith in God did not shield her from a mental illness.

She fights the stereotype that hijabis only care about piety and proves that they too, are normal women and girls who can suffer from the same ills as their non-Muslim, or non-hijab-wearing peers.

The book is a very quick and easy read, it feels more like a fashion or picture book than a serious autobiography, and it would probably not take anyone over two hours to finish it.

The writing style is not very overwhelming and feels more like speech that has been written down; if you are familiar with Dina Torkia's videos, you will hear her voice speaking the words as you read. In a way, she stays true to herself and her personality, the book feels real, genuine and honest.

However, at the same time, if you have been an avid follower of Dina's blogging past, you will feel that 95 percent of the written content is a repetition of the things she has already said or ranted about on her YouTube channel or on her Instagram posts. But then again, being a book about her life, these repetitions are bound to be encountered.