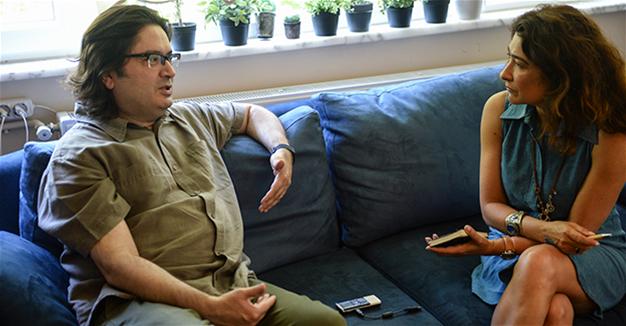 Turkey’s drug problem, which has come under increasing public scrutiny in recent weeks, is largely a result of chaotic urbanization, according to veteran psychiatrist Kültekin Ögel.

“Where can our children go? There are only shopping malls. An alternative to shopping malls is drugs. Do children have any space to ride a bicycle or to do sports?” Ögel told the Hürriyet Daily News in an interview.

What is the trend in Turkey in terms of drug abuse? Conducting research on drugs in schools has been banned since 2006, despite the fact that the best field studies on the issue can be done in schools. But we can say that drug use is on an upward trend when we look at the number of applications to hospitals and AMATEM centers, as well as the number of deaths from drug abuse and our own observations.

What is most important is the rise in death cases. Our death tolls are high. There were reportedly 460 deaths from drug abuse in 2014, ranking Turkey second in Europe. Drug abuse is more widespread in most other European countries but our death toll is very high. Turkey tops the list of death tolls of those below the ages of 18 and 15. The numbers may look small compared to the size population, but even one is too many.

What does this tell us? It tells us that we are not taking good care of our patients. We are not good at early diagnosis, correct treatment, and damage control among those who do not want to quit.

Why do you think there has been an upward trend? I think the main cause is disorderly urbanization. Drug abuse is on the rise in half-urbanized areas like Bağcılar, Tuzla and Pendik. In these neighborhoods parents often cannot keep an eye on their children. In the past, in shanty towns everyone knew each other; neighbors would know about each other’s children and keep an eye on them. Today, however, many people don’t know each other and parents don’t have the chance to monitor the whereabouts of their children.

The rise is also taking place in places that receive a lot of migration. In such places, parents actually lag behind their children in terms of capabilities about city life. They know the city less well than their children, who have more knowledge and at better able to adapt to city lives. So the parents lack awareness on the issue of drugs.

Is disorderly urbanization the main cause for Istanbul or for all of Turkey? You could say for all of Turkey. But this is actually a rule elsewhere in the world too. In the port cities, chaotic cities, drug abuse is always higher. And our cities are much more chaotic. Where can our children go? There are only shopping malls. An alternative to shopping malls is drugs. Do children have any space to ride a bicycle or to do sports?

Some claim that drugs are being intentionally introduced to certain neighborhoods in order to encourage and initiate urban transformation projects there. This is a “chicken and egg” dilemma. The Fikirtepe neighborhood in Kadıköy, for instance, has always been known as a place for drug abuse and now it is entering an era of urban transformation. But we have to say there has been a rise since the beginning of the 2000s. Back then it was paint thinner, now it is synthetic cannabinoids, known as “bonzai” in Turkey.

What does this tell us? Why is there suddenly this bonzai epidemic in Turkey? It is very cheap. Marijuana is expensive in Turkey. The use of bonzai is relatively low in Europe because the quality and price of marijuana is higher. Bonzai was also used quite commonly five years ago but we did not see any deaths caused by it. Back then its potency was eight or nine times higher than marijuana. Today it is 90 times higher and it intoxicates much faster.

The new trend is methamphetamine. It comes from Iran and is widespread in of Kars, Iğdır, and Van. We now also see it in Bursa and Istanbul.

You have been talking about the role of parents but there must be a problem with the education system too. Indeed. In our school system, if a pupil is a bit of a troublemaker or hyperactive, then they are sent away. Similarly, if they have used drugs they are immediately dismissed from school. We should be able to keep them in school to reform them, but our education system is not based on changing bad behavior. Those who are disqualified from the race are pushed outside of the system and become marginalized. After all, who uses drugs other than marginal circles. A student who is working for their university exams does not use drugs.

What about access to drugs? Is there negligence among the security forces? No matter how well your security forces work, drugs won’t disappear. This is a matter of demand and supply. No matter how much you decrease the supply, if there is a demand there will be supply. It is not something that you can stop with police measures.

You mentioned the shortcomings in the approach to treating drug addicts can you elaborate. Can all addicts get access to relevant centers? Do we have such centers in all cities across the country? For example, today we have two main AMATEM in Istanbul, but this is not enough. The overall number of ANATEMs in Turkey is around 20. We also do not have enough beds. Healthcare services are not widespread enough and the quality is low.

Is the state not giving enough importance to the issue? We give importance to the issue but I don’t think we are genuine. There is no economic investment. Do we really want to save these people? We tell the addicts to come for treatment at 7.30 a.m. sharp or else. But you cannot say that to an addict. Addicts should be able to enter a center whenever they want. Also our treatment methods are not diversified. We offer detox courses and tell addicts to quit; we provide no other alternative like teaching users have to cut down to lesser quantities. We should also provide longer duration stays in the centers, where currently the maximum duration is only one month. We are present in the detox phase but absent in the rehabilitation and reintegration phases.

Why? Is migration to big cities on the rise? There was also migration before the 2000s. But they were the first generations. Now we have the children of the second and third generations, who are still not fully urbanized.

So perhaps the shanty towns that were bulldozed to make room for new buildings were not such bad places after all? Perhaps urban transformation aggravated the drug abuse problem. Indeed. In the past in the shanty towns everyone used to know each other and they would keep an eye on things.

So getting rid of shanty towns and carrying out urban transformation is not a solution to drug abuse? Not at all.