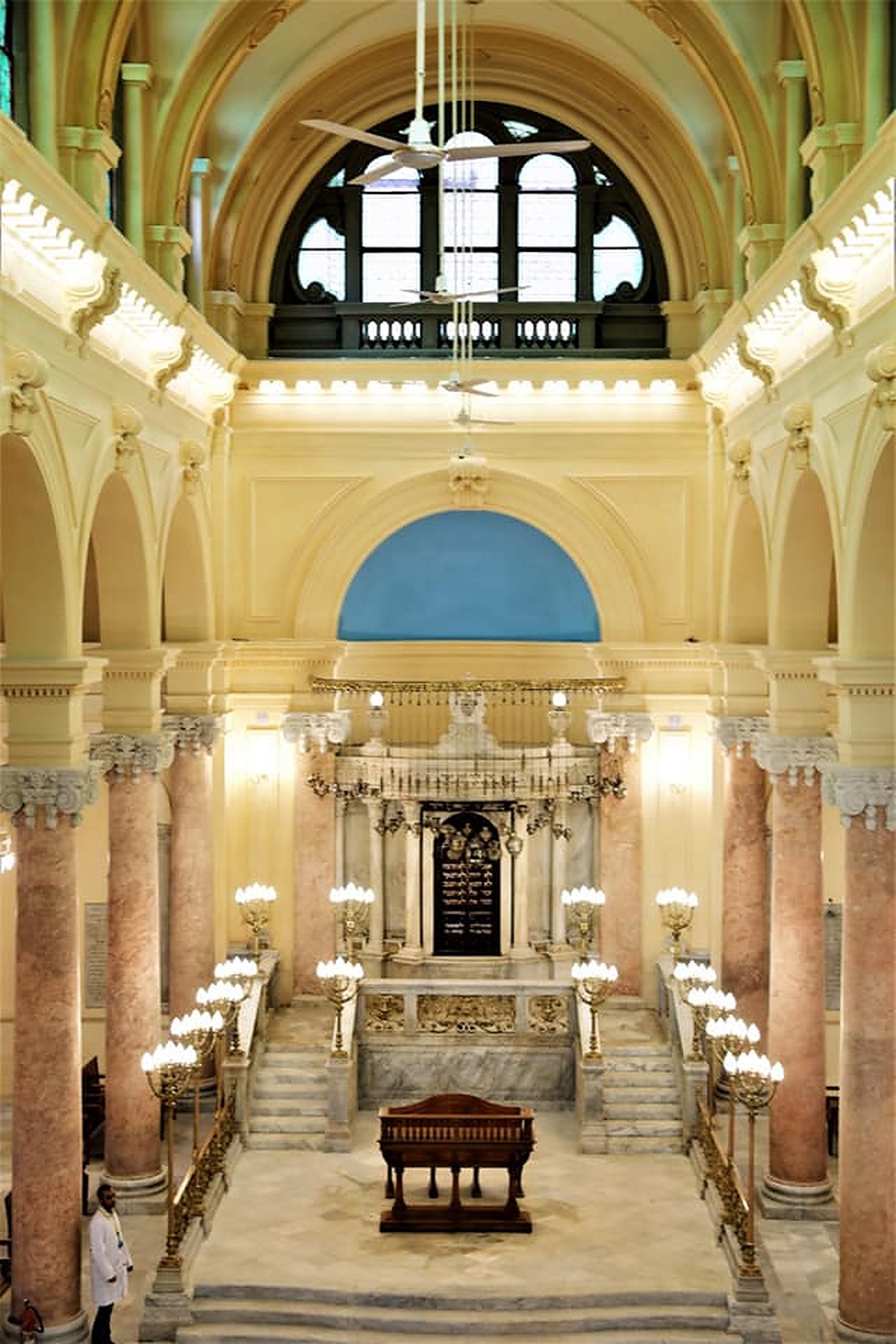 The Egyptian Antiquities Ministry announced on Friday the reopening of the Eliyahu Hanavi synagogue next January, which is one of the largest in the Middle East and underwent restoration beginning in 2017.

Minister of Antiquities Khaled Al-Anani went to Alexandria on the same day to tour and inspect the latest developments in restoring the Jewish synagogue and a number of other archaeological sites, including the Greco-Roman Museum, the Alexandria National Museum and jewelry museums.

The statement added that the project of restoration of the Jewish synagogue and the Greco-Roman Museum comes within the interest of the Egyptian government to preserve all its monuments and heritage, whether it is Pharaonic or Jewish or Coptic or Islamic.

It is also part of the cooperation protocol signed between the ministry of antiquities and the engineering authority of the armed forces in 2017, which aims to develop the Giza Pyramids area, and carry out the restoration of the Alexan Palace in Assiut.