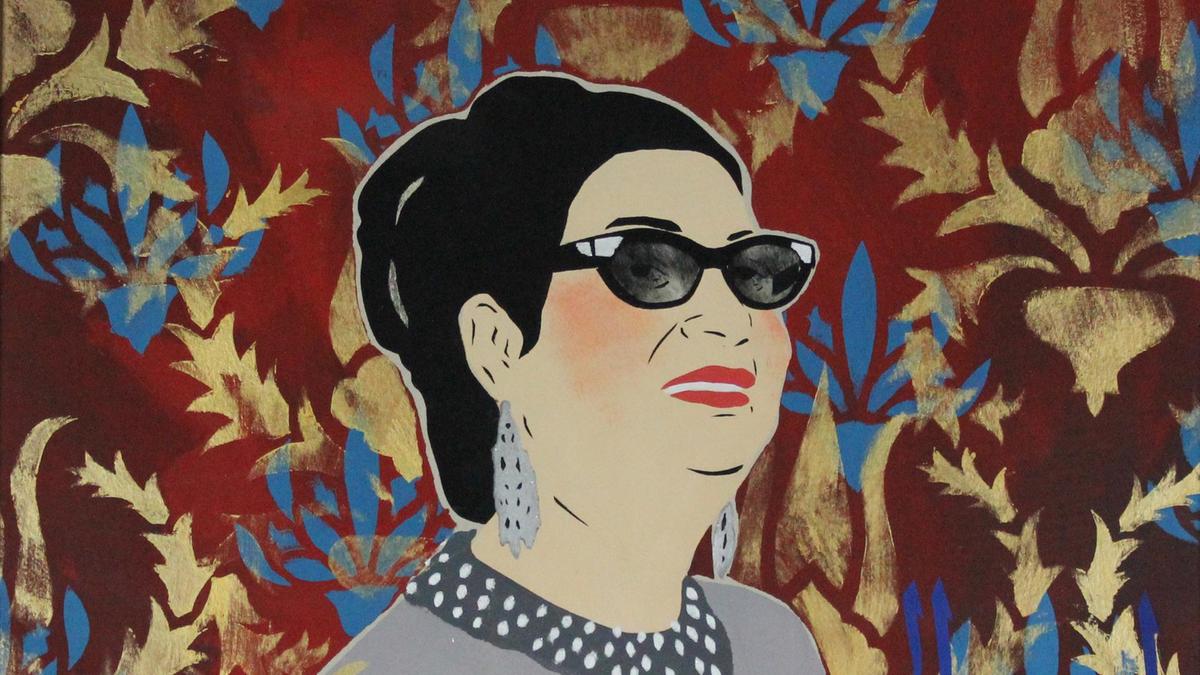 Egyptian-Armenian artist Chant Avedissian has died in Cairo at the age of 67. In a statement, his family said he died of lung cancer.

Avedissian’s work engaged with the glories of past Egypt, from Pharaonic hieroglyphs to more recent demigods such as the beloved singer Umm Kulthum. He would print iconic images of these figures against stencilled backgrounds drawn from Ottoman, Bedouin, and traditional Islamic motifs, in a mix of pop culture and folklore.

Avedissian was born in Cairo in 1951 to Armenian parents, and the relationship between national identity and cultural interest remained of paramount interest throughout his life. His focus was on Egypt’s golden age – that of the Pharaoh’s as well as Gamal Abdel Nasser’s revival of that past – and the wider Arab region: his pantheon of Egyptian figures was quite literally set against patterns from along the Silk Route. Drawn carefully as the backgrounds to images of well-known Egyptian figures such as Abdel Halim Hafez, Abdel Nasser, Farid Al Atrash and Faten Hamama were motifs from Ottoman textiles from the 15th and 16th centuries, Uzbeiki kaftans, the Abdulaziz Khan Madrassah in Bukhara, wooden Mamluk doors, and Upper Egyptian Bedouin kilims.

Avedissian’s fluency with both fine and applied arts was also a factor of his education: he studied fine art in Montreal, Canada and then print-making in Paris at the Ecole nationale superieure des arts decoratifs. This more formal training was altered by his experiences upon his return to Egypt in 1980, when he worked at the Aga Khan Foundation with the architect Hassan Fathy, known as Egypt’s architect of the poor. Fathy had revived traditional Islamic and Egyptian techniques, and introduced Avedissian to local materials. Back then, the young artist began dying textiles according to the Bedouin fashion, and – saying he felt freed by moving away from European classicism – incorporating everyday materials such as corrugated cardboard and Arabic gum into his works.