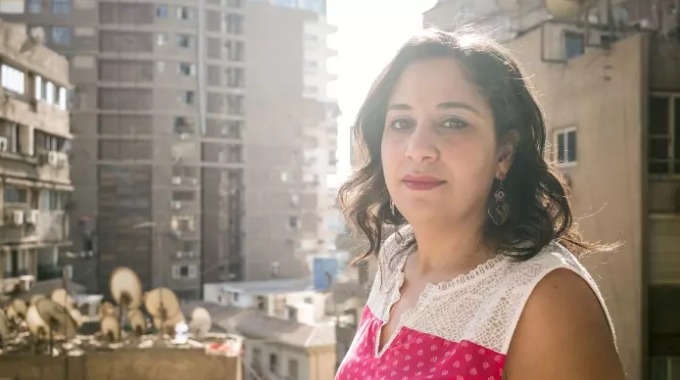 The white walls of Mozn Hassan’s bedroom are as bare and impersonal as a cell. A single pillow and a red blanket adorn the bed. The sitting room of her third-floor apartment in Cairo’s Zamalek, an old-money neighbourhood on an island in the Nile, is scarcely more homely. Large and almost empty, apart from a huge television, the floor-length curtains are drawn, keeping out the glare, or perhaps unwelcome surveillance.

Dressed in a pink top with curled hair, painted nails and dangly, beaded earrings, Hassan, the founder of Nazra for Feminist Studies, a group lobbying for women’s rights in Egypt, is softly spoken. She agreed to be interviewed because she wants people to see feminists from the Middle East who, like her, do not fit the standard model.
“People think that feminists are crazy, or nice upper-class women, but that’s a stereotype.” A picture on the bookshelf shows an Egyptian belly dancer. “Some people think it’s objectifying women but I love it, I do it. I am taking classes.”

Hassan shares the three-bedroom apartment with two friends, one of whom is a colleague. With parquet floors and a small terrace, it could be a stylish flat-share for less-burdened young women. But Hassan does not consider it worth investing time in a home that may be temporary. The 37-year-old lives under the possible threat of a life sentence in jail, as part of a crackdown on those critical of human rights violations by President Abdel-Fattah al-Sisi’s restrictive Egyptian government.

The atmosphere for NGO workers in Egypt has become oppressive. Some of Hassan’s friends have been detained. In March, the UN and other international organisations condemned the “persecution” of NGO staff whom the state accuse of disrupting unity, causing chaos and implementing the agendas of hostile powers that seek the failure of state institutions. 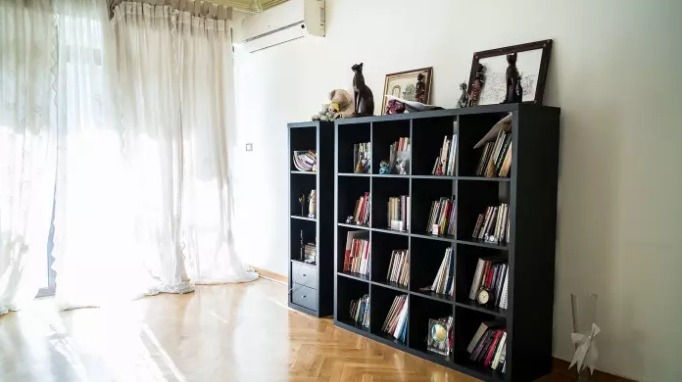 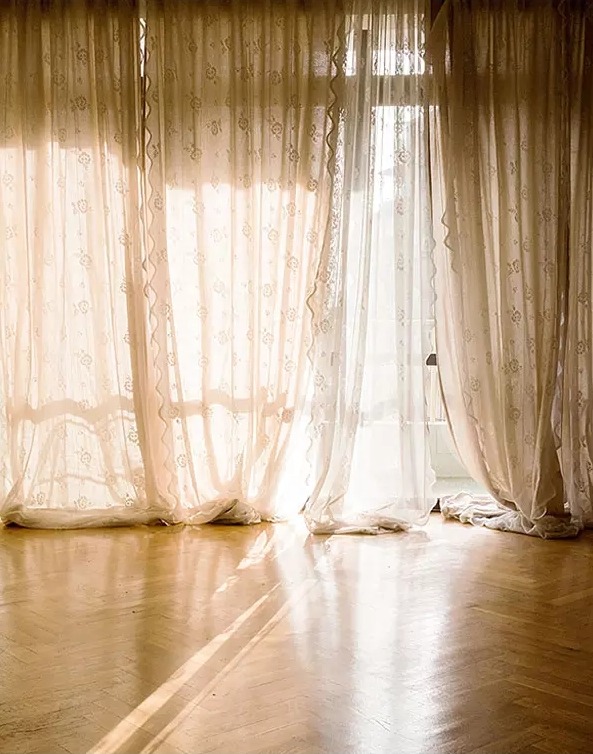 A prominent activist in the 2011 revolution, and now director of Nazra, which has 20 employees, Hassan is under investigation and faces prosecution in a state security trial.

The constant threat of arrest makes normal life difficult, she says over black tea with sugar. To marry and start a family in such circumstances would be irresponsible.

A 2014 amendment to Article 78 of the penal code provides for a sentence of up to life imprisonment for accepting money, equipment, “or other things” from a foreign source. “That means that this cup of tea could send me — while I’m sitting with you, talking about Egypt — to a life sentence.” 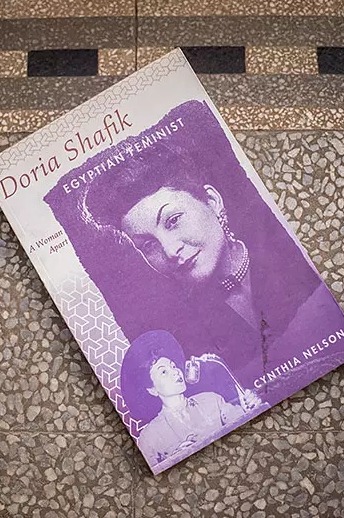 The perpetual discord of hooting from the traffic below punctuates the conversation. A sliver of the Nile is visible from one window; from the terrace, a sea of TV aerials and the ramshackle home of a sweeper living on a nearby rooftop.

The clampdown by the state on activists accused of working for foreign interests may have extended beyond arbitrary arrest and violence, even to murder. The tortured body of an Italian Cambridge university PhD student, Giulio Regeni, was found in February after he met with trade unionists. The Italian state has not accepted Egyptian officials’ various attempts to explain his death so far, with Italian foreign minister Paolo Gentiloni saying “we cannot accept the absence of truth”.

Hassan initially found the idea of a state-sponsored murder too frightening to accept. “I didn’t believe it at first. I didn’t want to think that I was living in a country that would do this to people.”

On the bookshelf are several novels by George Orwell, appropriate perhaps for someone living their own dystopian nightmare. On a higher shelf, a blue teddy bear and a Mickey Mouse statuette, sent by her apprehensive mother, are of little use against the state machinery. “I’m trying not to be paranoid,” she says. “I’m trying to protect my mental state.” 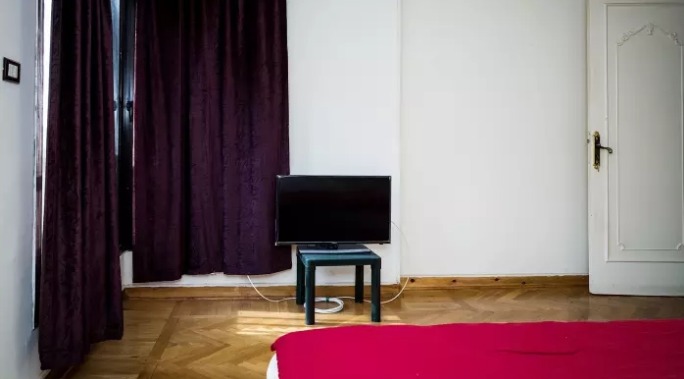 In September, Hassan and Nazra were awarded a Right Livelihood prize, often referred to as the alternative Nobel, “for asserting the equality and rights of women in circumstances where they are subject to ongoing violence, abuse and discrimination”. But Hassan was unable to attend the ceremony in Stockholm last month because she has been banned from leaving Egypt by an investigating judge.

She founded Nazra in 2007 after a masters degree in international human rights law at the American University in Cairo. During the 2011 revolution, the group documented violations of human rights and provided medical, psychological and legal support to survivors of mob sexual assaults and gang rapes in Tahrir Square.

Nazra helped lobby for the inclusion of women’s rights in the new constitution of 2014. A new law has criminalised sexual harassment. The organisation is working to have rape defined according to international laws. Yet, there are still so many inequalities in Egypt, Hassan says. There are restrictions on women working as judges, for example, with authorities questioning their ability to reason. “They say, ‘what about when they get their period?’”

Hassan’s apartment has served as “a refuge” for various passing friends, she says. The few curios are their gifts: ornamental cats, considered sacred in the time of the pharaohs; papyrus with hieroglyphics showing the tree of life, the source of existence according to the ancient Egyptians.

Hassan was born to Egyptian parents in Saudi Arabia, where her father was working at a university. She was veiled in public from the age of 10 until she was 14 when the family returned to Egypt. “People say it’s a choice but if you are living in a place that says, ‘If you wear a veil you are a good, modest person’, the choice thing is limited.”

Aged 12 she recalls feeling resentful that her brother had more freedom than her. “I remember being so angry. He could do anything — go out, say anything, read literature that wasn’t considered suitable for girls,” she says. “If he wants to clean the house, it means he’s nice. It’s not his responsibility.” 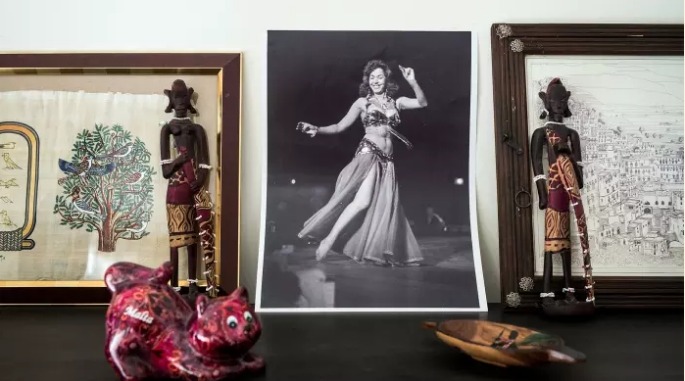 Her mother, who had rebelled against her own family by going to university and becoming an academic, provided inspiration. Even today “she believes in me, she loves me, she supports me although she doesn’t believe that what I am doing is worth it, given this harsh reaction”.

It was her mother who pointed the teenager towards the diaries of prominent Egyptian feminists. She fell in love with the story of Doria Shafik, who fought in the 1940s and 1950s for women’s right to vote, was put under house arrest, went on hunger strike and eventually committed suicide. Hassan keeps copies of the diary to give out. 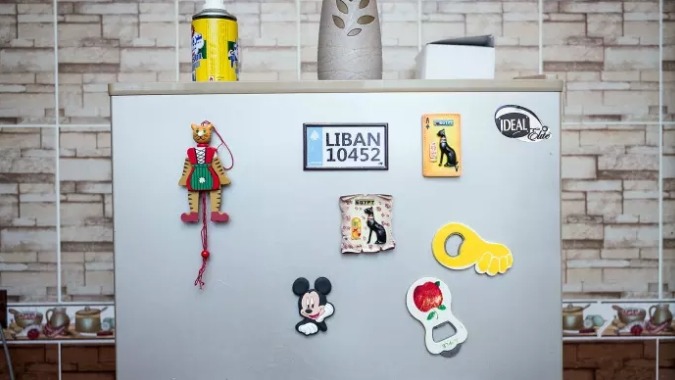 Fridge magnet souvenirs, including one of a Lebanese car number plate © David Degner

In particular, her mother is worried by the mainstream Egyptian media, which has depicted Hassan and others as spies. The harassment makes them less productive, she says. “If you have to spend half your time preparing papers, fearing you’ll be questioned or arrested, it’s not healthy.”

She has no wish to be a martyr. “Of course I don’t want to be in jail. I’m not someone who believes that jailing is part of continuing the struggle. It hurts people and it’s not helping the movement.” Yet if the worst happens she believes others will be courageous enough to continue her work. “If you believe in this kind of work, you also believe that you are not the first one and you will not be the last.” 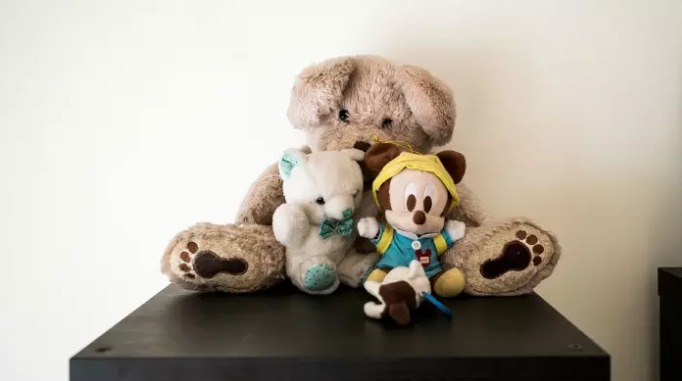 In March, Hassan was in New York when she heard that three of her staff in Cairo were being questioned. Feeling responsible, she returned immediately, and was ordered to appear before a judge. She only discovered the travel ban in June when trying to board a flight to Beirut. A Lebanese car registration plate is among several souvenir magnets on the fridge. “I’m not that obsessed with travelling,” she says. But having restrictions on your mobility is “a weird feeling”.

“And knowing that I would have to live outside Egypt as someone who had fled and could never come back, I couldn’t handle it.” She pauses. “It was a personal choice. I decided not to leave. I did have the chance.”

The call to prayer sounds as I leave the apartment, just as it did when I arrived. Archetypal Egypt, but somehow suffused with melancholy.