I recently stumbled upon an article that talked about women doing most of the emotional labour for their family that led me down a rabbit hole of what emotional labour actually is. By definition, emotional labour actually refers to managing one’s emotion when doing one’s professional work. Flight attendants, waitresses and teachers are occupations that come to mind. However, since the term has been coined in 1983, the term has evolved to also describe the unacknowledged mental and physical work that women take on within a household, be it a marriage or a family, which is the context in which the article I initially read was written.

As a mother of two children and a wife who also works with her husband on top of juggling other freelance projects, I felt completely validated by the article. It described many things that are parallel to my current household situation and makes me feel less alone and vindicated. Since reading the article, I started using emotional labour as an arsenal to get my husband to do more around the house and with the children, despite the many protests from the girls who “only want Mum”. I made him brush the children’s teeth, change diapers, walk our 3-year old to kindergarten and miscellaneous other chores that afforded me the privilege of sleeping in, spending more time with my friends and crafting time to do “me things”. 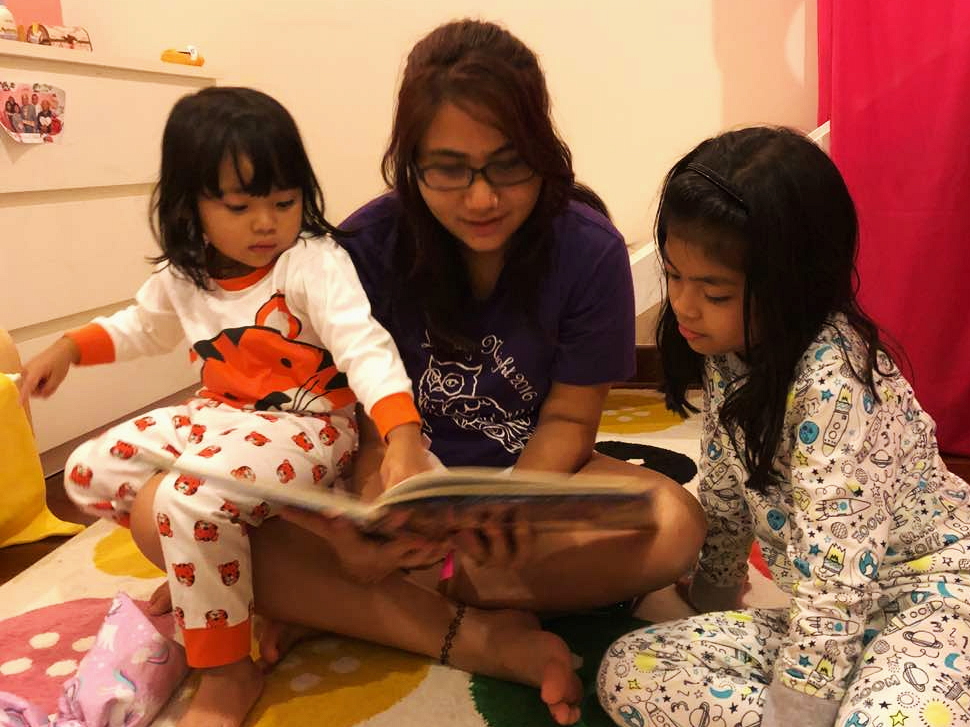 Reading to my children before bed after a full day of work.

However, I am still the go-to person for petty problem solving and the mastermind behind the children’s schedules. I am still crafting out the grocery list, meal plans and the contact person who is corresponding with the various friends and family about holiday plans. I even went so far as to plan my own early birthday party, sending out the invites and liaising with the guests and caterer. On some days, there is an overwhelming sense of mental exhaustion that hits and compels me to sleep for a week, followed by the realization that there is no room in my schedule to even sleep for 10 hours. And this is with a supportive feminist ally as a husband who realizes the impact of emotional labour and attempts to balance it out between the two of us. What about the women who do not demand for this equality?

Once upon an archaic time ago, the gender role divide between men and women was very stark. Men were the earners, women were the caretakers. In 2018 and the years that have preceded this it however, more and more women have full time jobs and careers of their own but are still expected to take on the emotional labour in the household at full capacity. Despite having equal if not more earning power, the responsibilities of unpaid work such as caretaking, cooking, cleaning, etc still fall on the shoulders of the women, and many women still just accept this as the status quo. In fact, emotional labour on top of the demands of a full time job creates such chronic stress that it has been shown to cause a decline in the health of women. But due to the ingrained societal expectations and gender roles, women not only do not demand for more equality in the household when it comes to the unpaid work, but also feel guilty for not doing more than their share. 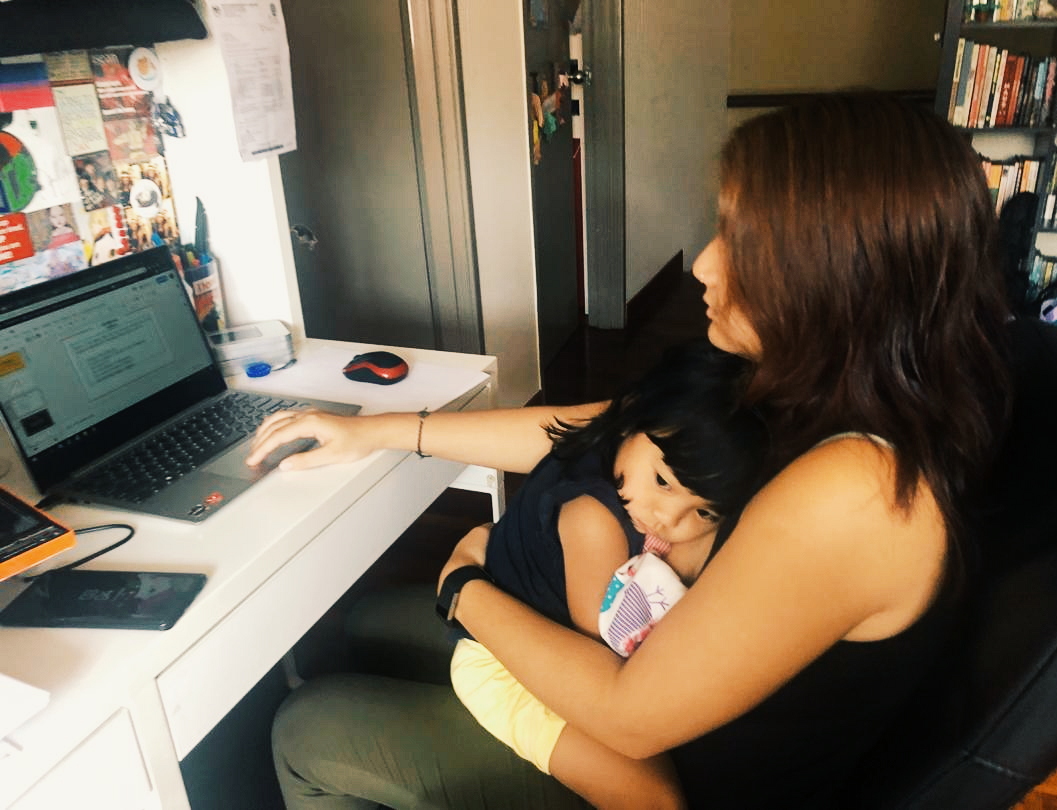 Just a typical weekday of multi-tasking.

I still have moments of frustration when my children fuss during bedtime because they want Mum to brush their teeth and read them their stories as my husband leisurely watches a basketball video on YouTube, but I appreciate that since we have had the discussion on dividing the emotional labour, he has been more present and makes a conscious effort to take over some of these tasks, despite our children’s sleepy protests. One small step for my husband, but a giant leap for equality within the household and a healthy marriage for me.

Despite the progression over the years toward gender equality, perhaps the human race’s intrinsic mindset needs recalibration in order for men and women to divide emotional labour equally. It is still a long road to achieving gender equality in every aspect of life, but another good start would also be to stop distinguishing aspects of work by gender and instead try to divide tasks equally or based on skill. There is no doubt that there will be great resistance and tumultuous feelings, but these growing pains must be suffered in order to create a more equal platform within a family and society as a whole.