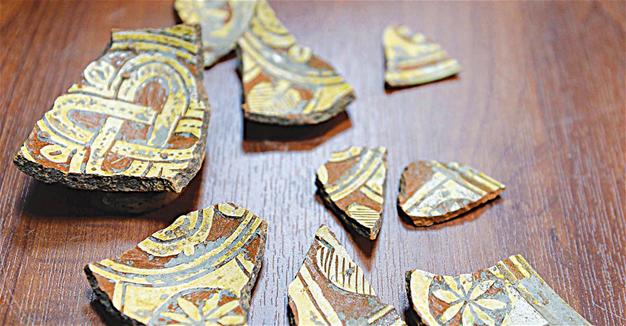 Long the site of legends including the Amazons and Jason and the Argonauts, Giresun Island on Turkey’s Black Sea coast also had a Byzantine religious past as well, according to recent archaeological findings.

Excavations that have been conducted on the island, the only island on the southern Black Sea coast that was inhabited, since 2011 have shed light on the history of the island, unearthing structures like Byzantine graves, historic walls, monastery ruins and a chapel.

Güleç said settlements had existed on the island, which was also known as Aretias or Kalkeritis in ancient times, from the 2nd century B.C. and that they had found the ruins of some cultural heritage on the island during surface surveys since 2009. Recent excavations had revealed both a temple built in the fourth century B.C., as well as church ruins, built in the 11th and 12th centuries, over the temple, he added.

“In 2015, the ruins of a chapel were unearthed. Previously, there were small ruins that we did not understand. During recent excavations, we found out that it was a chapel from the 11th and 12th centuries. In the southern part of the chapel, we found large storages, called pithos,” he said.

Güleç said they had also found human skeletons around the chapel and revealed that they belonged to clerics. “There were also portable things such as an inkstand and inkwell set, rings and bronze coins. These things helped us reveal the history of the island,” he added.

Güleç said the most recent excavations were the most comprehensive excavations conducted yet in the eastern Black Sea region. “We revealed that life was religious on the island. People began to come to the island from the fourth century B.C. and built churches and chapels in the 11th and 12th centuries.”

The scientific consultant for the excavations, Celal Bayar University academic Gazanfer İltar, said excavations this year were continuing around the chapel and the large storages. He said that they unearthed architectural plastics around the chapel as well as plenty of limestone that were brought from Istanbul because the area was poor in terms of construction materials.

He said they had also found many graves around the chapel and that people were buried there with Byzantine method.

İltar said researchers had been intrigued by the fact that women and children were buried in the same grave around the chapel.

“In addition, we unearthed a twin grave in the field of storages. This grave belonged to the next era after the Byzantine. We believe that the storages were used to store supplies. But one of them was later opened and two graves were built over it. We believe that the twin grave is from the Pontus Empire. It is a burial method made for protection,” İltar said.

İltar said that after the Pontus Empire was formed in Trabzon in the beginning of 1400s, expeditions were made to Giresun and the island.

“They seized Giresun, Giresun Castle and Giresun Island and carried out fortification works there. Therefore, some of the walls on Giresun Island date back to the Pontus Empire, which gained dominance in the region in 1400s,” İltar said.