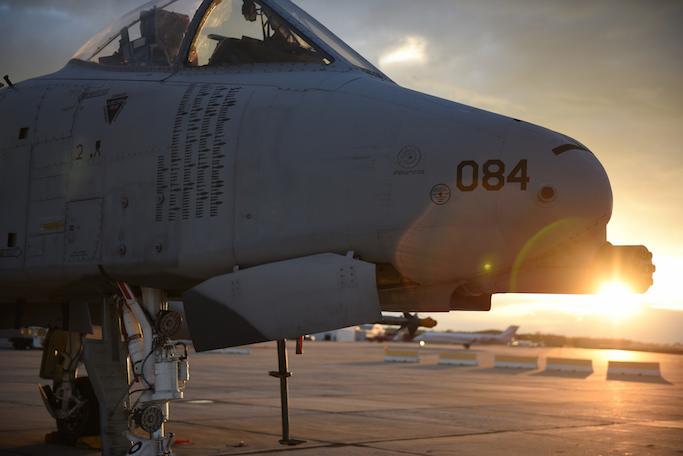 “I have nightmares of my father.” That’s why active-duty US Air Force Col. Eric Holt’s son told his mother he was sleeping with his head under the covers. “I was just worried that my dad will be there.”

This is the story of two small boys who fell through a system rife with cracks, where the evidence suggests most authorities charged with protecting them failed to do so. It’s the story of a flawed military justice system that has members of Congress asking the Air Force questions. It's a story where every fact is supported by court documents, Air Force memos and verified emails. It’s a story of how children are left at risk when official agencies don’t cooperate and lack sufficient training in child sexual assault cases. It’s a story of the persistent refusal to believe victims.

The boy and his twin brother told multiple witnesses how their father allegedly hurt them over several years. The boys repeatedly returned from visits with their father with bruises, lacerations and genital injuries that research suggests are unlikely to have been accidental during usual child play. But, as authors of a recent commentary in Pediatrics suggest happens too often, authorities did not believe the boys.

“Just as the #MeToo movement has led to an emphasis on trusting women and believing their experiences, we must do the same with girls and boys who are traumatized,” wrote pediatrician Nickolas Agathis, MD, of Texas Children’s Hospital in Houston, and two colleagues. An estimated 35 percent of girls and 20 percent of boys globally have experienced sexual assault before age 18, according to the United Nations International Children’s Emergency Fund.

The case involving Holt’s sons in many ways exemplifies the concerns Agathis and his colleagues raise. The Air Force Office of Special Investigations (OSI) investigated Holt, an anesthesiologist, for physical and sexual abuse of his 6-year-old sons and provided a Report of Investigation (ROI) to Col. E. John Teichert III, commander of the 11th Wing at Joint Base Andrews in Maryland.

Teichert decided June 7 not to advance the case to an Article 32 hearing, the preliminary hearing to determine whether a court martial (a military trial) will occur. In accordance with military justice procedures, Teichert’s commanding officer, Maj. Gen. James A. Jacobson, commander of Air Force troops in Washington, D.C., reviewed the ROI and Teichert’s decision.

Jacobson affirmed the decision, closed the case and ended the military protective order preventing Holt from contacting his sons. Now he’s seeking custody of his sons, with a decision expected in August. Holt did not respond to multiple requests for comment, but he has denied causing non-accidental injuries to his children; court documents show he denied sexual abuse.

“I just don’t understand it. I was shocked at the decision not to take this case to an Article 32,” said Maj. Jophiel Philips, a Bronze Star recipient and the mother’s military lawyer. “It’s not a high threshold to examine all the evidence at an Article 32.”

“We have always believed that there is sufficient evidence in this case to, at the very least, proceed to a preliminary hearing,” Kerby said. “You look at this evidence, and it seems very clear that something is going on with the children.”

But it wasn’t clear to Holt’s commanding officers, whose involvement is a key flaw in the military justice system, some say.

“The biggest weakness of the military justice system is that the decisions are not made by independent prosecutors but the accused’s commanders, and they’re being advised by people who work for them,” said retired Air Force Col. Don Christensen, a former lead prosecutor for the Air Force and current president of Protect Our Defenders. “The commander has an inherent bias because he always knows the accused.”

Retired US Navy Capt. Glenna Tinney, who represented children in child abuse cases in the military, agreed. Those making these decisions have a connection to the service member but may not have that connection to the member’s family, Tinney said. The commanders “very much want to believe” the accused.

“The Air Force takes every allegation of child sexual abuse seriously,” James E. Lotz, Air Force District of Washington spokesperson, said. “This is especially true when we receive allegations like those received in this case. In that regard, the Air Force took numerous steps to thoroughly investigate and protect the welfare of the children.”

But not everyone agrees, including US Rep. Joseph Kennedy III (D-Mass.), who responded to the boys’ mother’s request for help.

“Congressman Kennedy remains deeply concerned that his constituents, [the mother] and her children, have not received the thorough, fair investigation that they deserve and that these allegations warrant,” Dan Black, a spokesperson for Rep. Kennedy’s office, told this reporter.

US Rep. Niki Tsongas (D-Mass.) and Sen. Kirsten Gillibrand (D-NY) joined Rep. Kennedy to send a letter June 12 to Secretary of the Air Force Heather Wilson and Air Force Chief of Staff David Goldfein expressing “grave concerns about the safety of this military family” and requesting a thorough review of the case.

The alleged abuse began even before the boys were born. While the boys’ pregnant mother was on bed rest, Holt allegedly threw a chair at her, immediately after which her water broke. After medical personnel staved off labor for the next four days, she delivered the boys at 30 weeks; they spent two months in the NICU. Both have some developmental delay as a result of their premature birth but are not far behind their peers.

But their mother is not pressing charges for abuse she suffered: she’s focused on her boys. From ages 3-5, after the parents had separated, the boys came home from visits with their father with a long list of suspicious injuries, documented in photos, videos and medical records reviewed by this journalist. An independent board-certified child abuse pediatrician unconnected to the case also reviewed some of the evidence at my request.

During those three years, one boy sustained bruising on sides of both thighs, two black eyes, an eye laceration, a small injury on his right ear, a wrist laceration, abrasions on the back of his knee, broad patterned marks across his shoulder, and a hematoma (bruised lump) on his forehead after his dad allegedly kicked the chair he was spinning in. (A local police officer called it a difference in parenting styles.) His brother had a large apparent bite mark and bruise below his knee, a long cheek laceration, a black eye, a bruise on his rear thigh, a puncture wound in his palm, and multiple other injuries. Holt attributed each injury to different accidental incidents that occurred under his care during visitations.

Toddlers and preschoolers often get bumps, bruises and scrapes during usual play. But according to child abuse experts and research, injuries to the ears, cheeks, neck, upper thighs, lower buttocks, rear knees, shoulders and torso are far less likely in accidental injury and more likely in abuse—particularly when they keep happening. Further, some specific characteristics of the children’s injuries are more likely to result from abuse than accidents. For example, a forensic nurse who examined the patterned marks on one boy’s shoulder said they looked like a shoe sole imprint; the independent child abuse pediatrician who viewed a photo of them said the same.

One of the children also had redness around his anus. Though many things can cause such redness, he also had a bruised genital and described digital and penile penetration of his anus to several individuals, including investigators. According to research and child abuse pediatricians, bruised genitals are extremely suspicious for abuse. The boy described the alleged abuse through fearful tears in a cell phone video where his mother asked open-ended questions.

He told the same account, with consistent but non-identical language, to five individuals: a nanny, a playmate’s mother, a child advocacy center social worker, an Air Force interviewer and the boys’ state-assigned and state-paid therapist. The Air Force investigator concluded the child was being coached, but the investigator had not followed American Academy of Pediatrics recommended procedures for interviewing alleged child sexual abuse victims, such as questioning the child outside caregivers’ presence. Holt denied sexually abusing either son, according to court documents.

The boys also told one hospital’s medical staff and a family friend they were frightened of their father. One of the boys “was petrified,” said Amber Arrant, the wife of one of Holt’s teammates on his tour in Afghanistan. “He just totally broke down crying out of the blue and said he did not want to go to his dad’s. He said, ‘I don’t want to go back there. I’m scared. He hurts me.’”