Mina explains how she practises her faith "sort of inwardly." For her, Islam is intimate and personal, and no one else's business.

She is one of 90 Muslims between the ages of 18 and 32 interviewed by researchers at the University of Oslo, Norway, as part of the project "Radicalization and Resistance.”

Many young Norwegian Muslims do not broadcast their faith. Their confession is individual and for them, reading the Quran is flexible.

"Most participants say their religion is something private. They don't talk much about religion, and they interpret it in their own way. They want to emphasize that the interpretations are their own opinions," says Idil Abdi Abdulle Mohamed, a research assistant with the project, which is exploring faith among young Muslims in Norway and what causes them to reject jihadi rhetoric.

Twenty-seven-year-old Mohamed is a Muslim herself and a lot of what the young adults tell her rings true.

"I've never talked as much about religion as during the project. It's almost like going to Quran school again," she says with a laugh. 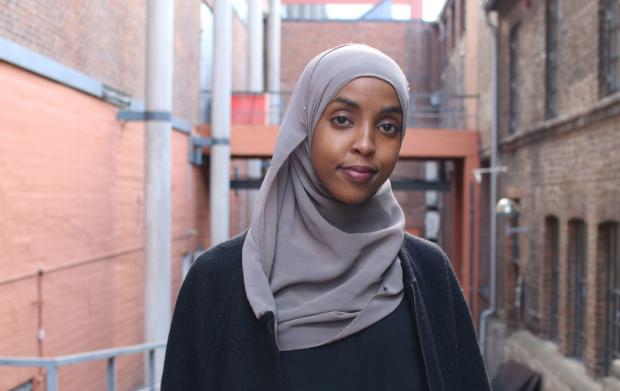 More relaxed about prayer and alcohol

The project participants come from all parts of Norway and the world, and have varied religious backgrounds. Most of them were born in Norway, and some came as children.

They are just normal Norwegian Muslims, and they adapt Islam to their everyday life, she says.

"Often they don't have time to attend mosque, because it conflicts with work or school," says Mohamed.

Although the ideal is to pray five times a day and attend Friday prayer in the mosque, many people are fairly relaxed about these rules.

Most of them stay away from pork and alcohol, but some drink despite the ban. Some women think they should cover their hair, and others do not.

"Do I pray five times a day? I try to. Not good enough, obviously, according to my mum. Do I fast? I actually do. For me, it's a form of self-discipline. Do I drink alcohol? Yes. Do I eat pork? No. Do I dress modestly? Yes, usually," says Khadra, an interviewee in the study.

"Born-again" usually describes Christians who report a newly developed ‘direct and personal’ relationship with God. Does the same principle apply to Muslims? Can a Muslim also be "born-again"?

"They're Muslims regardless of whether they attend mosque and follow the rules. That's something they'll decide. The personal ownership of religion reminds me a lot of the way my Christian friends talk about religion," says project leader Sveinung Sandberg, a professor of criminology and legal sociology at the University of Oslo.

He was surprised that the young participants were so flexible in their religious practice. Maybe they have adapted to youth culture, or perhaps Norwegian Muslims are simply more similar to non-Muslim Norwegians than many people might believe.

Uncertain of their own opinions

In any case, Sandberg believes that religious openness can be a positive force in the face of extremist thinking.

"Extremists are absolutely sure of what they believe. They say they have the truth. But as soon as 'maybe' enters your mind, you won't go out and blow people up," he says.

"When you're open to the idea that there are several ways to understand and interpret the holy texts, the authority of extremists believing they can make decisions about life and death disappears,” says Sandberg.

Young Muslims will just as readily go to their mother as to the imam with their questions. They shop around for a mosque they like, say that they are critical of what they read online, and that they check the information they find with multiple sources.

"If they can make up their own minds instead of relying blindly on some authority, they may not be as vulnerable in the face of extremists trying to recruit them," Mohamed says.

Most of the study participants are open to interpreting Islam in many ways, and are often uncertain of their own opinions.