There is a movement happening around the world to engage especially young women and girls in STEM industries. Given that our society is only going to continue to innovate, it only makes sense to ensure girls are part of the science, tech, engineering & math industries at the same rate as boys.

Right now there is a substantial gender gap, most notably in the tech world. In the US, the home to tech mecca Silicon Valley, there are a number of major tech companies whose data reveals women make up an average of only 30% of staff, and that number decreases when you look at specific leadership or engineering positions.

The lack of gender diversity becomes even more pertinent when we see the rate of demand for tech jobs is growing, but the positions are not being filled at an adequate rate in certain areas. Thankfully we are seeing a number of brands such as Google who have launched a number of initiatives to get girls excited about learning coding.

And smaller organizations such as Beverly Bond’s Black Girls Code, and Reshma Saujani’sGirls Who Code are getting in at the grass roots level while girls are in elementary school so they can be introduced to engineering and coding from a young age. 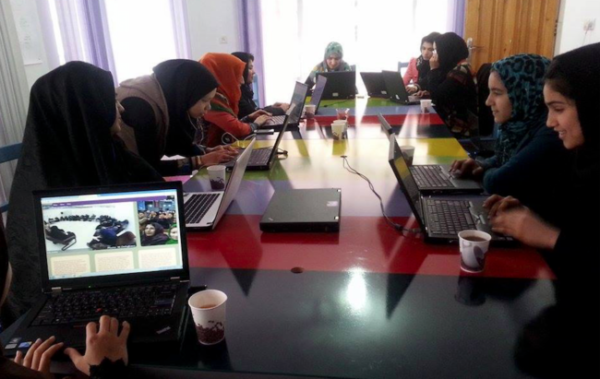 It’s not just brands and companies who recognize the need, there are everyday women who want to be part of the momentum to balance the gender scales in an industry that has been male-dominated since its inception. This Chicago mom turned her daughter’s love of science into a reason to serve low-income minority girls in her community to give them a chance to compete in one of the fastest-growing industries in the world.

The inspiring women creating opportunities for girls is certainly not limited to the US, either. Former Afghan refugee Fereshteh Forough launched a company called Code To Inspire in January 2015 as a way to use technology to improve literacy as well as foster entrepreneurship. CTI is also the first girls-only coding school in the city of Herat, and will be expanding to other cities such as Kabul and Mazar-e Sharif.

Fereshteh is credited with launching a “quiet revolution” in a country where opportunities for women, since the Taliban gained power, have been scarce as well as taboo. Since their fall in 2001, the country has slowly been regaining a more progressive and democratic culture, but there is a long way to go for women to be treated as equally as men. 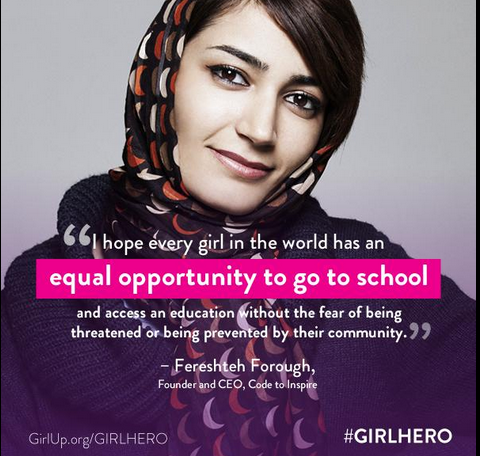 This bold young woman wanted to change the status quo for other girls in Afghanistan and launched CTI as a way to do this. The company website states that 85% of women in Afghanistan have no education and are illiterate. Only 24.3% of women receive secondary education, and the female population makes us a mere 15% of the country’s workforce.

Despite these abysmal figures, technology is still very present in the lives of the women of Afghanistan with figures from USAID showing 80% of them have access to mobile technology through a phone they own themselves or one belonging to a family member.

Fereshteh has created a company in a relatively untapped market in Afghanistan, where young girls are now being given opportunities to participate in the tech industry. The Code To Inspire school teaches 50 girls elementary web design and and mobile app development. From one entrepreneur to other young budding entrepreneurs, Fereshteh understands the greater economic impact her program can have in Afghanistan. 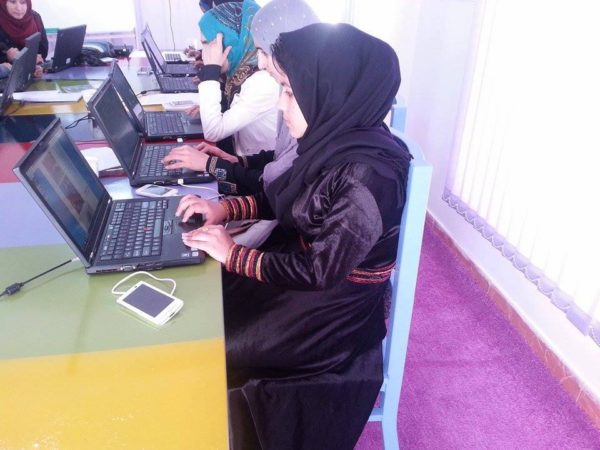 “These women have better chances to find jobs based on their skills. As women earn income and support their families, their communities will gradually realize the value of working women. The man who abuses his wife or daughter at home may begin to see and treat her differently,” she said in an interview shared by the Huffington Post.

One of the selling points for the computer science industry is that it can allow women to work from home, which is important to some women in this very conservative culture. Along with expanding the school, Fereshteh wants CTI to become a platform for women and girls to develop apps focusing on health and women’s issues, along with the games and education apps.

“We are going to empower girls online without being worried physical and geographical distances. They come online, they work online, and they get paid online,” she said.

Fereshteh is also the founder of another non-profit called Women’s Annex Foundation (now Digital Citizen Fund), which teaches students how to write blog posts and get paid. And now with her second organization giving girls and women in Afghanistan the tools to become financially empowered and independent, there is little doubt that her “quiet revolution” is going to only get louder and louder. 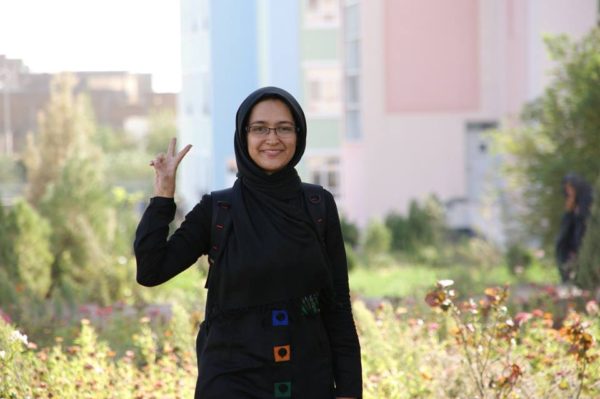 “I always wanted to do something for women in technology because of the many challenges facing girls in Afghanistan…Also, families have conservative views about women’s employment…most families would not let their daughters travel to another city for a job, especially because of safety issues. It’s not part of our culture to go live with family members in another city or have a roommate. So, it makes it challenging for women to find a job outside of their hometown,” she told Women In The World.

Her secondary objective, along with helping the women of Afghanistan, is to share a different perspective on her country to the rest of the world.

“We also want to promote the good side of Afghanistan. What most people see is war and destruction and violence towards women. Through mobile apps we are promoting a peaceful message about Afghanistan,” she said.

We are so in awe of what this brave and determined woman has done to change the lives of so many other women and girls. Her story is an inspiration to all of us that no matter where we are in life, we have the potential to impact the world around us for good. You can find out more about Code To Inspire on their website. 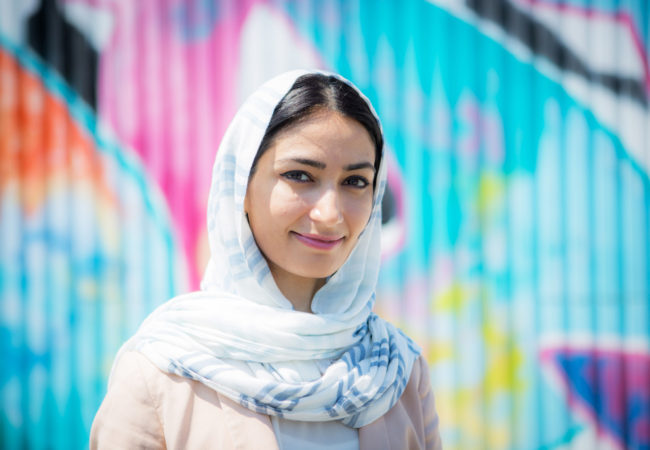