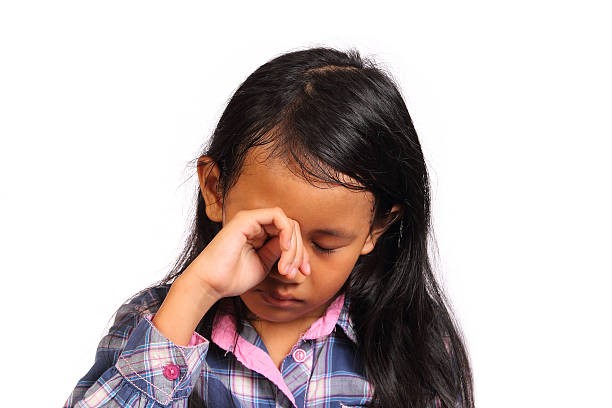 Malaysia has seen a wave of Islamic fundamentalism since the 1970s. Bumiputera (a term that translates to “sons of the soil”), also known as Malays, make up the biggest ethnic group and live side by side with other ethnic groups such as the Chinese and Indians. To be Bumiputera is to be Muslim.

Islam is a big influence in the law and public policy of the country. The Syariah legal system (Islamic legal system) exists side by side with the secular laws (criminal and civil) and has influence on the lives of Muslims in matters such as marriage, inheritance and apostasy (in some states, there are even Syariah criminal laws, for example the Kelantan Syariah Criminal Code Enactment of 1993).

Female genital mutilation (FGM) is prevalent among Muslims in the country and this is due to both religious and cultural reasons.

The World Health Organisation (WHO) defines FGM as any form of procedure that intentionally alters or inflicts injury to the female genitalia for non-medical purposes and considers this a violation of human rights and discrimination against women.

WHO classifies FGM into four types:

Type 1: Often referred to as clitoridectomy, this is the partial or total removal of the clitoris (a small, sensitive and erectile part of the female genitals), and in very rare cases, only the prepuce (the fold of skin surrounding the clitoris).

Type 2: Often referred to as excision, this is the partial or total removal of the clitoris and the labia minora (the inner folds of the vulva), with or without excision of the labia majora (the outer folds of skin of the vulva).

Type 3: Often referred to as infibulation, this is the narrowing of the vaginal opening through the creation of a covering seal. The seal is formed by cutting and repositioning the labia minora, or labia majora, sometimes through stitching, with or without removal of the clitoris (clitoridectomy).

Type 4: This includes all other harmful procedures to the female genitalia for non-medical purposes, e.g. pricking, piercing, incising, scraping and cauterizing the genital area.

In Malaysia, FGM is known as female circumcision (FC). It is legal in the country and the Malaysian National Council of Islamic Religious Affairs (JAKIM) even introduced a fatwa (religious edict) in 2009 stating that female circumcision is wajib (obligatory) for all Muslim women, unless deemed harmful (it is important to note, however, that public hospitals are banned from performing female circumcision).

A paper by Isa et al., (1999) titled ‘The practice of female circumcision among Muslims in Kelantan’ published in 1999 backs this up. They wrote: “Almost all the women [studied] believed the practice was customary and a religious requirement, and that women’s sexual drives are reduced and men’s pleasure enhanced by it. All of them considered the practice desirable and could not see any harm in it.”

They also wrote: “There is evidence that in at least some parts of the Muslim world, FGM is a practice of culture, not of religion, because it was practised even before Islamisation took place. Still, in the Muslim world, the practice is considered to be strongly associated with Islam and some Muslim communities cite religion as their reason for performing it.”

Dr Dahlui said that since the practice of FC is common in the country and has a fatwa allowing it, the Ministry of Health has come up with a guideline on how to perform FC according to Islam, while making sure that it is safe.

However, she said that whether female circumcision is truly mandated by the religion is debatable: male circumcision is clearly stated in the Qur’an and many hadiths (collection of traditions containing sayings of the prophet Muhammad) state that male circumcision has proven medical benefits. Female circumcision, on the other hand, has had different contradictory interpretations and rulings on it. For example, Egypt banned any form of FGM, while Indonesia issued a fatwa stating that it is sunat (encouraged in Islam).

Zainina bt Zainal Abidin, 31-year-old doctor in Kuala Lumpur decided not to have her two young daughters circumcised. She said: “I tried searching for the hukum [ruling] but all I found was that it is not compulsory and some states in Malaysia give different takes on it. And I personally didn’t find the reason to cut part of the clitoris to reduce sexual satisfaction to be a valid reason so my husband and I decided to drop it”.

Parents such as Zainina are rare. In a blog post published in 2010, a woman recalled proudly of the circumcision of her baby daughter which was conducted at an upscale hospital in Kuala Lumpur.

“Everybody was very excited,” the mother wrote. There were 3 or 4 nurses inside at that time and everybody was talking to Zahra [the child] as a way to calm her and eventually she was very jolly and happy.”

“It happened so fast, with a bismillah and a snip, a little bit blood and that was it, Zahra was circumcised! She didn't cry even a drop, in fact she was even giggling. I guess it wasn't painful for her, alhamdulillah [thank to God],” the mother wrote further.

“The main problem isn't with the rural communities practicing female genital cutting but the urban and so-called educated lot who argue that it is necessary to do it for religious and cultural reasons,” he said.

“The trend of increasing Islamisation is also reflected in the prevalence of this pointless practice,” Azrul added.

The Status of Female Circumcision in Malaysia, Dr. Maznah Dahlui, University of Malaya