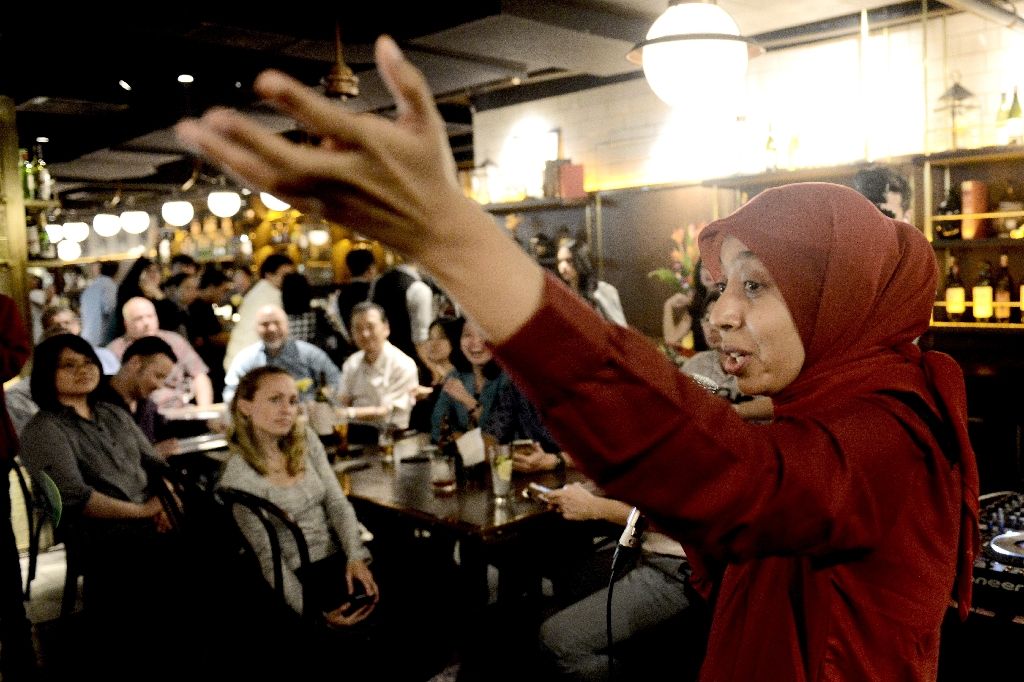 Wearing a red hijab and all-encompassing gown, Sakdiyah Maruf cuts an unusual figure in a dark, smokey Jakarta bar as she reels off taboo-breaking jokes to laughter from a rapt audience.

She is a rare character in Indonesia -- a female Muslim stand-up using humour to challenge prejudice against women and rising religious intolerance.

Despite resistance from those who believe a woman's place is not on stage cracking jokes, even within her own family, the 34-year-old has forged ahead and is winning fans at home and abroad.

In the country with the world's biggest Muslim population, she does not shy away from sensitive subjects. Her jokes touch on topics ranging from Jakarta's recent religiously-charged election -- which saw the Christian incumbent ousted by a Muslim -- to sex and alcohol.

"Hijab, niqab, burqa -- it saves you from a bad hair day," she said to laughter from the crowd in the Indonesian capital, a typical gag that gently pokes fun at her own religious customs.

Maruf jokes about how women were not allowed to attend public events in the small, conservative community on Java island where she grew up, and that she is seeking to be more progressive by trying "to have sex even though I am married". 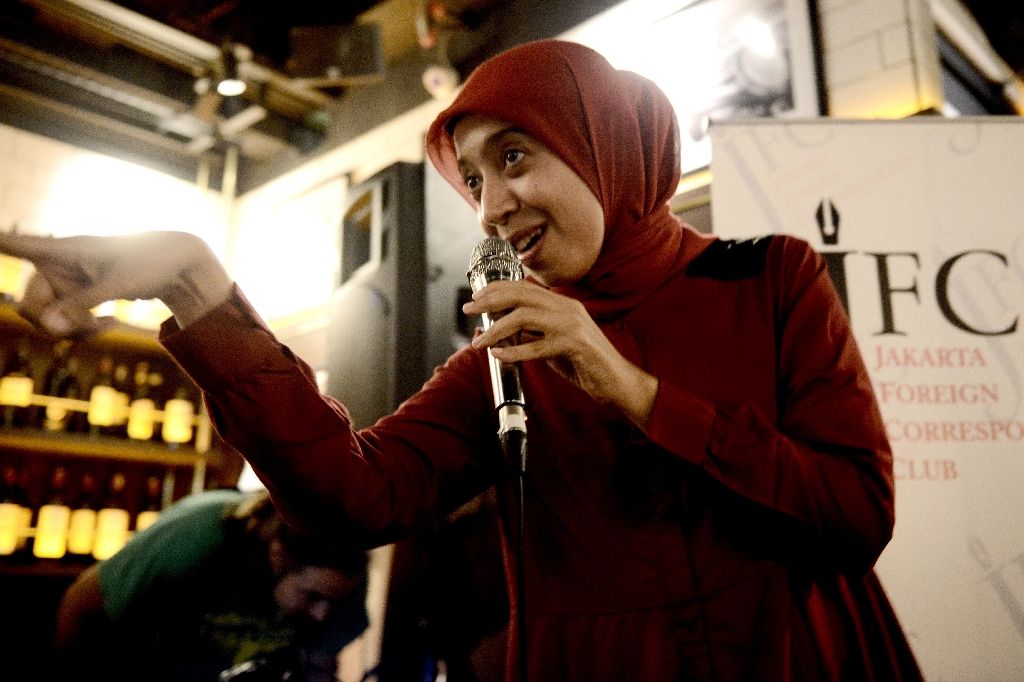 For the slight, unassuming lady, comedy is a playful form of resistance to a creeping conservatism she believes is eroding the rights of women in her homeland.

Indonesia has long been praised for its inclusive brand of Islam but this reputation has been tarnished by a rise in attacks on minorities and the growing influence of a vocal hardline fringe.

The comedian sees an alarming trend of "more rigid and conservative practices of religion" which she believes tend to marginalise women, and is particularly concerned about issues including early marriage and domestic violence.

For Maruf, humour is the perfect weapon to tackle such trends.

"The message can be very aggressive but it can be delivered in a very subtle way," she told AFP. "You speak to people's hearts instead of only their minds."

Maruf comes from a traditional family in the provincial Javanese town of Pekalongan, an unlikely background for a witty, worldy-wise stand-up.

She became interested in comedy at an early age by watching US sitcoms such as Roseanne and Full House, a love that she carried with her to university, where she started performing stand-up in 2009.

Depending on the audience she will either perform in English -- which she studied at university -- or the main Indonesian language of Bahasa.

Sakdiyah Maruf still has a day job working as an interpreter at conferences, but regularly performs in comedy clubs and nights in Jakarta, where she lives.

In the early days, the comic would lie to her parents when she performed at university or headed into Jakarta for shows, believing they would disapprove, but as she became successful it was far harder to conceal the truth.

She says she has managed to reach a kind of uneasy truce with her family.

"We have disagreements sometimes, but they are cool with it," she explained.

But the greatest resistance has come from conservatives who don't think Muslim women should be comedians at all.

"One woman came up to me after a show and said 'are you for real, are you wearing this hijab for real?'," she recalled.

Still, Maruf has not been put off and her irreverent brand of humour has won her fans outside Indonesia.

In 2015 she was awarded the Vaclav Havel International Prize for Creative Dissent established by the New York-based Human Rights Foundation and last year took part in a BBC-run global stand-up jam.

Her humour seems more relevant than ever as concerns escalate about declining religious freedoms in Indonesia after the jailing this month of Jakarta's Christian governor for blasphemy, a verdict that sparked criticism inside the country and abroad.

But Maruf remains confident that Indonesia will remain a tolerant country -- not least because a devout Muslim woman like herself can still get up on stage and crack jokes.

She said: "If you can write 'Indonesian conservative Muslim female stand-up' in one sentence, why be so pessimistic?