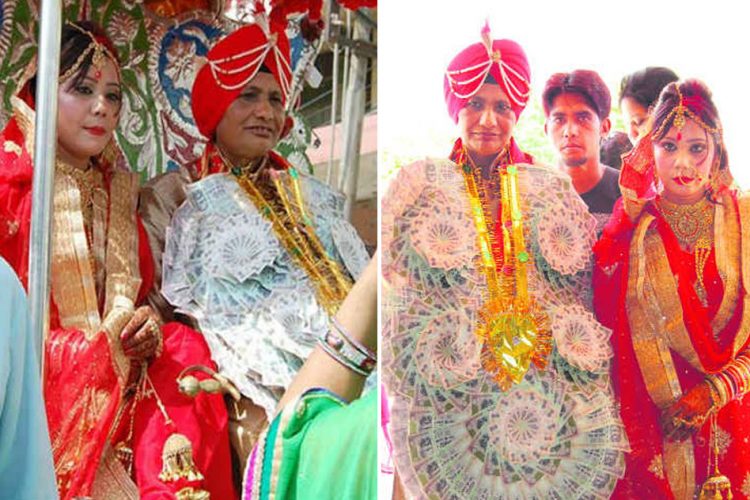 A woman Sub-Inspector of the Punjab Police got married to her bride at Pucca Bagh in the state on April 22.

In a country which does not recognize same-sex marriage, the wedding incidentally was not a hush-hush affair, but a grand ceremony attended by the couple’s friends, family, relatives, and co-workers.

Thirty-year-old officer Manjit Kaur came dressed up, complete with the traditional red turban, while her bride came riding on a chariot. 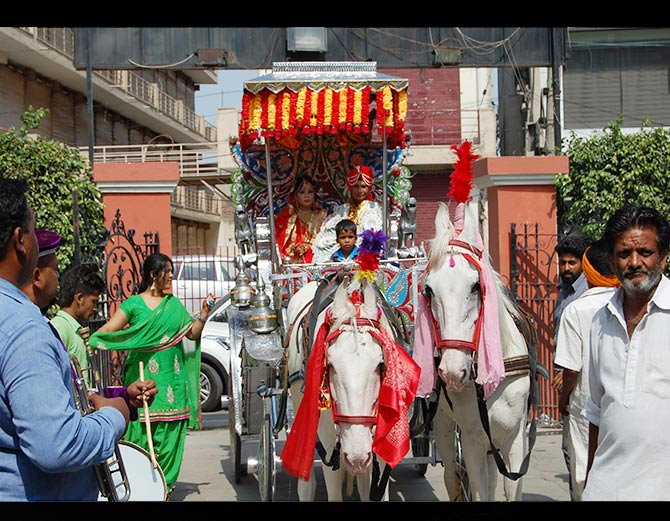 Manjit Kaur Sandhu with her better half

The inspector has apparently said that both of them had divorced their previous partners and wanted to embark on a new journey in their lives, as reported by The Indian Express. Kaur was earlier commissioned at the Central Jail in Punjab but was later shifted to Kapurthala.

This is not the first case of gay marriage in India. A same-sex marriage bureau which arranges and facilitates matches for homosexual couples was set up last year by gay rights activist Benhur Samson. Previously, he also used to help gay couples with surrogacy.

The Delhi High Court in 2009 had decriminalized homosexual sex as it found Section 377 of the IPC and other legal prohibitions against private, adult, consensual, and non-commercial same-sex conduct to be in direct violation of right to life provided by the Indian Constitution.

However, the decision came under a lot of flak and was subsequently quashed by the Supreme Court in 2013.

Similarly, same-sex marriage, though not illegal, is also not recognized under the Indian law.

While many gay rights activists are still trying to break the taboo around homosexuality, officer Manjit Kaur’s wedding to her bride is heartwarming yet bold move that could be nothing less than an inspiration for the country.

The Logical Indian commends officer Manjit Kaur’s courage in this regard, and we hope that the wedding helps eradicate people’s reservations against homosexuality.