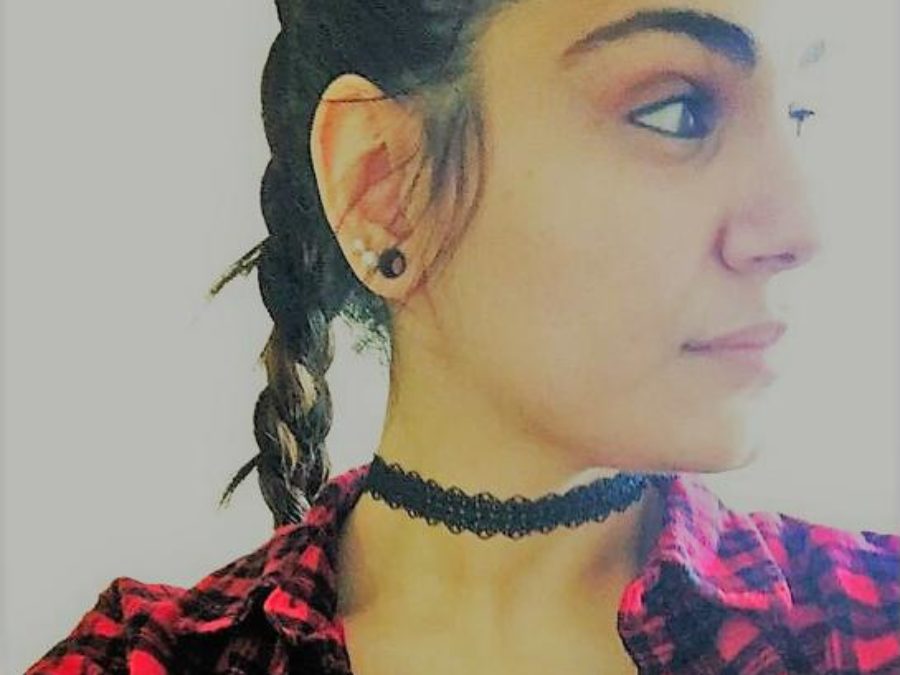 Having parents from two different religions is hard. The hardest part is that there are two different principles you need to live by. Interestingly enough, my parents had two major things in common: there would be no losing my virginity before marriage and there is no such thing as being gay as their daughter.

I don’t know why my parents got divorced, I honestly don’t remember a time when they were ever together. My mother raised me and my father visited every single weekend. His visitations were like clockwork. Throughout my childhood and early teenage years, my dad and I had a great relationship – he always had a yearning to want to take care of me and be present for me. I was the entire reason he remained in America, even though I had siblings and a stepmom living in Jordan.

Eventually, when I was 16, my parents switched custody, my stepmom and siblings came to America and my life changed forever. Although the relationship with my dad was still strong, it continually declined. He felt like I wasn’t a good enough daughter because of my “attitude problem” and “something was obviously wrong with me.” I did stupid things as a teenager like sneak out of the house to hang out with friends or have friends who were boys, which in traditional Islamic households is a huge no-no. I just didn’t understand why it was bad or actually, why it was so bad that my dad began to be more distant from me in our relationship.

Things escalated when I was 18. We had just moved to Indiana from Dearborn, Michigan and my dad found three old journals that I kept from ages 14 to 17. I had forgotten they even existed until I was packing my things to move to Indiana – I simply kept them in the box they were in and moved them into my new closet in my new room. My stepmom had stumbled upon the box when looking for something for my sister and encouraged my dad to read the journals. In them, he discovered that I was gay.

When I got home from school that day, my father beat me for the first time in my life. Our relationship was never the same. My father would continue to physically, mentally, and verbally abuse me for 5 years. According to him, I was “lucky” because I should have been killed for being gay. It was a privilege that he allowed me to be alive and live in his house.

It was during this time that I truly believe I was at the lowest point of my life. In 5 years time, my spirits were broken, my thoughts of myself ever being a happy person and living the way I wanted to were crushed. I tried to think of any way – anything I could do to just get away from my father and just have my own life. I absolutely did not want to get married because I didn’t want to be with someone like my dad. However, over time the abuse continued to get worse. It escalated and escalated until one day, I was hurt so bad that a friend of mine called me and said, “You’re moving out.”

I thought that was hilarious – me, moving out, yeah, OK. That was the last thing I thought I needed – another excuse for my dad to come after me, find me, and kill me because I had the nerve to disobey him in the most defiant way possible.

It was a privilege that he allowed me to be alive and live in his house.

My friend wasn’t kidding, though. He convinced me that it was the best thing for my sanity and my life. We looked for apartments, I hired an attorney, and within 2 and a half months, I had filed a protection order against my father, got an apartment, moved out, and took off my hijab.

The biggest weight ever was lifted off my chest – but nothing about the decision was easy. I didn’t just lose my father, I lost my entire family – my siblings, my aunts and uncles and cousins, my nieces and nephews. Most days, I easily forget everything that happened in my life before the day I decided to move out. Other days, it is hard for me to not think about my dad, how he’s doing, what my life would have been like if he knew about my wife, how happy I am, or if he would be able to be happy to see his daughter living and achieving the best she can.

It should be a known fact that there is literally nothing wrong with being gay – no matter how taboo that is in the Muslim community. This is 2018 – these things should no longer be stigmatized and people should not be punished or killed for being who they are or loving who they want to love. It isn’t abnormal, there is nothing wrong with you. Love is love, regardless of gender.

It’s important to understand that being gay isn’t a choice – you don’t just wake up one day and decide, you know what, I think I’m going to just change my sexual orientation today. I had always been gay, was punished for it, and came out when I was 23 because I met the woman that would change my entire life. I’ve said it so many times, but it needs repeating until it becomes real thought, it is 100% possible to be gay and Muslim. You can be comfortable in your own skin. You can love who you want to love. If the expression of love became the norm, no one would be judged for it. You shouldn’t be judged for it. Straight people don’t get scrutinized or judged or looked at funny or told they are going to hell for who they LOVE (although, there were times in history where biracial love was illegal and scrutinized – looking back on it now – doesn’t that seem stupid? We need to progress quicker.).