By Peter Thonemann for The Wall Street Journal 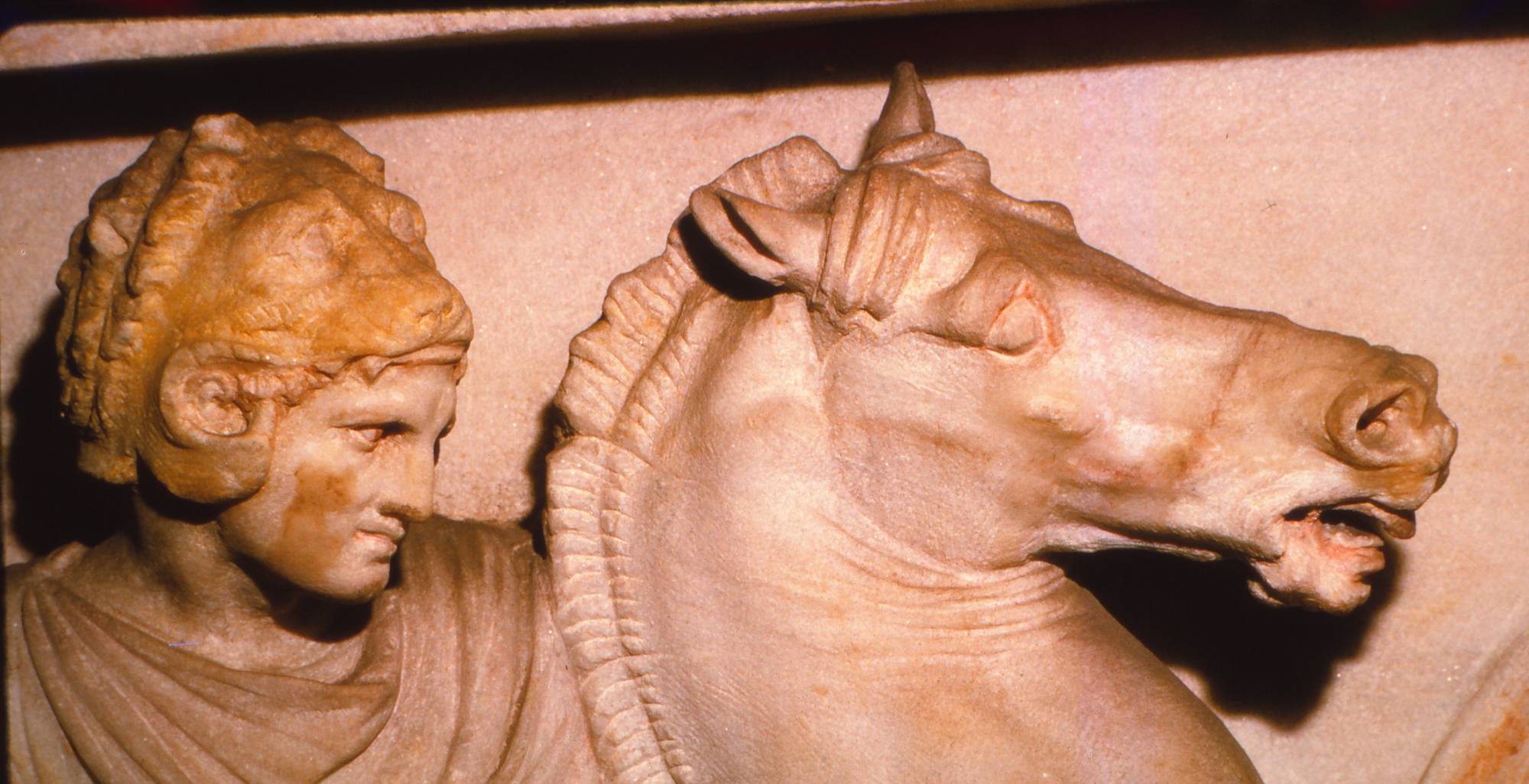 ‘On 15 May 1796, General Bonaparte made his entry into Milan at the head of that youthful army which had just crossed the bridge at Lodi, and let the world know that after all these centuries, Caesar and Alexander had a successor.” So runs the magnificent opening sentence of Stendhal’s “The Charterhouse of Parma” (1839), as crisp and bold as the first chords of Beethoven’s “Eroica.” For Stendhal, as for many others, Napoleon’s conquests could only be compared with those of the two secular gods of imperial Europe, Julius Caesar and Alexander the Great.

The French invasion of Egypt in 1798 made the analogy irresistible. On July 1, the French expeditionary army landed at Alexandria, a city that (as Napoleon reminded his troops) had been founded by the young Macedonian king two millennia earlier, in the wake of his own triumphant entry into Egypt in the fall of 332 B.C. Bonaparte, like Alexander before him, was to play the role of the European civilizing hero, awakening the decadent Orient from its torpor.

For the French in Egypt, as for the British in India, Alexander’s conquest of the Achaemenid Persian Empire served both as precedent and as model. In the eyes of 18th- and 19th-century European empire builders, Alexander was no mere brutish accumulator of land and booty. On the contrary, his conquests were driven by a noble vision of the unity of mankind. He brought economic regeneration to a stagnant East: The new Greek cities he founded unlocked the wealth of Asia and stimulated free trade between the Indies and the Mediterranean. Alexander, in short, was the first torchbearer of the European Enlightenment in Asia.

The title of Pierre Briant’s “The First European: A History of Alexander in the Age of Empire” could all too easily mislead the unwary reader. To be clear: This is not a new history of the reign of Alexander the Great. The original French title, “Alexandre des Lumières: Fragments d’Histoire Européenne” (2012), captures Mr. Briant’s intention rather better. This is a book about the intellectual history of Europe during the “long 18th century” (roughly from the 1660s to 1830) and about the place occupied by Alexander in the early modern European imagination. Mr. Briant shows how contemporary European ideas about imperialism, commerce and civilization shaped the ways in which historians and philosophers of the Enlightenment came to terms with the vast, intractable figure of Alexander the Great.

In brief, the argument of the book is as follows. In the 17th and early 18th centuries, Alexander the Great was generally treated simply as a moral exemplum, for good or ill. There was a “good” Alexander, whose military genius and chivalry toward the defeated Persian king’s mother, wife and daughters made him a model of princely virtue. There was also a “bad” Alexander, whose indiscriminate slaughter of hapless Asiatics and bloody purges of his own court made him a model of autocratic despotism.

But in the mid-18th century, a new, “modern” Alexander made his appearance. For thinkers such as Montesquieu and Voltaire, Alexander’s personal ethical exemplarity was beside the point. What made Alexander worthy of interest was the revolution in commerce that he stimulated through his conquests of Egypt and India and his discovery of the maritime shipping route from India to Mesopotamia. “One cannot doubt,” wrote Montesquieu in “The Spirit of the Laws” (1748), “that his design was to engage in commerce with the Indies through Babylon and the Persian Gulf.” Alexander’s new city foundations, from Egypt to the Hindu Kush, were intended “to cement all the parts of this new empire,” and his adoption of Persian customs served “to unite the two nations and to wipe out the distinctions between the conquerors and the vanquished.”
This novel interpretation of Alexander, as a European economic imperialist avant la lettre, in fact rested on very little hard evidence. Commerce between India and the Mediterranean remained limited indeed in the centuries after Alexander’s death. As Mr. Briant shows in fascinating detail, the Enlightenment picture of Alexander as the “regenerator” of the slothful and servile Orient largely derived from a single mysterious episode from the last months of Alexander’s life. One of Alexander’s ancient biographers, Arrian of Nicomedia, describes how Alexander destroyed a series of cataracts on the river Tigris south of Babylon, which “had been built by the Persians to prevent anyone sailing up to their country from the sea and mastering it with a naval force.”

Exactly what Alexander was up to remains murky, and we are not even sure that these cataracts were indeed Persian military installations, as Arrian suggests. But for Montesquieu and others, the “clearing” of the Tigris provided the decisive proof that Alexander was aiming to create a new maritime trading route from Babylon to India. The opening up of the Tigris was a symbol of Alexander’s reawakening of the economic potential of the Orient, long suppressed by the slothful and narrow-minded despotism of the Persian kings. The managers of the East India Co., safe to say, would have warmly approved.

“The First European” is a work of exceptional quality and interest. Mr. Briant’s patient disentanglement of the relationship between Alexander the Great, Enlightenment historical thought and European imperialism in India and the Middle East sheds dramatic new light on all three fields. But be warned: This is not a book for the faint-hearted. Mr. Briant makes no concessions to the reader who is not already up to speed on the events of Alexander’s reign. He casually assumes a thorough familiarity with the works of Arrian, Curtius and Plutarch, and not everyone will share Mr. Briant’s interest in the multiple editions and translations of obscure 18th-century treatises on ancient commerce. But for those willing to persevere, this is a truly remarkable forgotten chapter of European intellectual history, laid out with passion and integrity. Neither Alexander nor Napoleon will ever look quite the same again.

Mr. Thonemann is the author of “The Hellenistic Age.”