JEDDAH, Saudi Arabia—Authorities in this ultraconservative kingdom once sent Mohamed Al-Ghamdi to jail for making hip-hop videos laced with profanity.

Now, with Saudi rap growing more popular and the government seeking to modernize the economy, the censorship has a lighter touch. When officials objected to some of Mr. Ghamdi’s videos this spring, he announced on Instagram that they had asked him to take them offline.

He agreed, but at least one video was reposted on YouTube by someone else within hours. An official at the Saudi information ministry didn’t respond to requests for comment.

Saudi Arabia is grappling with a hip-hop scene that has grown so popular it can no longer be easily suppressed.

The kingdom’s de facto ruler, 32-year-old Crown Prince Mohammed bin Salman, wants to reduce its dependence on oil, and the government is easing its tight grip on popular culture as it tries to develop a domestic entertainment industry.

It is giving rappers like Mr. Ghamdi licenses to perform in public, and it sponsored a festival featuring hip-hop acts in April in Jeddah, where men danced under palm trees and rapid-fire rhymes were briefly interrupted by the Islamic call to prayer.

Saudi Rappers Fight for the Right to Party 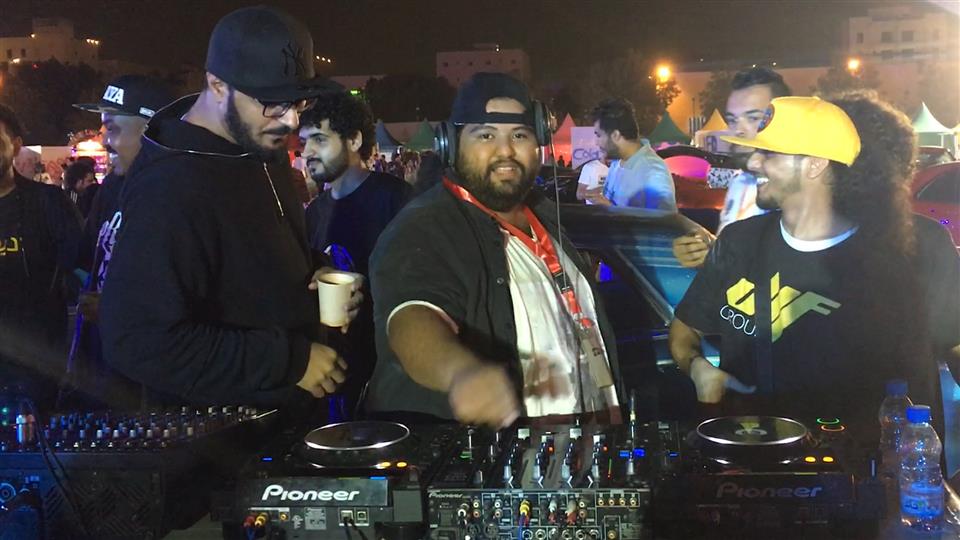 The Saudi government is easing its grip on pop culture with a limited opening to hip-hop musicians and graffiti artists. But some chafe at official restrictions. Photo: Benoit Faucon/The Wall Street Journal

Yet it is finding that rap, like other art forms, can be difficult to contain. Videos by Saudi rappers that explore social themes such as drug use and official mismanagement—topics rarely broached in mainstream Saudi entertainment—have been watched millions of times on YouTube.

Saudi Arabia is one of the biggest markets for rap music in the Arab world, alongside Egypt, said Hind Baghaffar, a Saudi historian in Jeddah. Nearly 60% of Saudis are under 30, which is driving broader acceptance of hip hop.

A Saudi rapper called Leesa recently extolled the driving talents of Saudi women, days after the kingdom lifted a decades-old ban. “I don’t need anyone to take me,” she rapped. “I put the seat belt over my abaya,” referring to the loose robe worn by Saudi women. Her video garnered 2 million views. 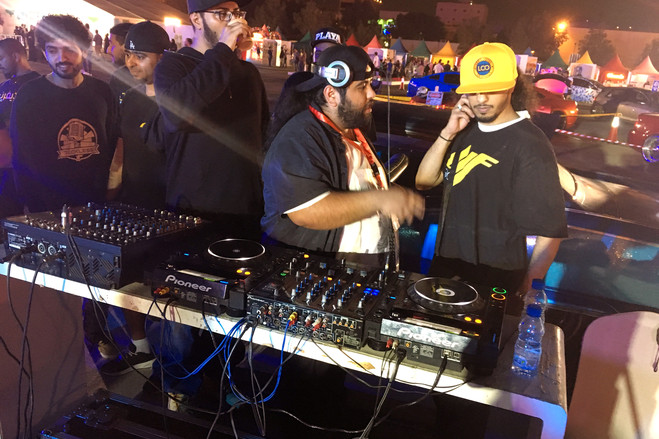 Nearly 60% of Saudis are under 30, which is driving broader acceptance of hip hop; above, DJ Ahmed al-Alaidros and Mr. Ghamdi. PHOTO: BENOIT FAUCON/ WALL STREET JOURNAL

A decade ago, Saudi hip hop “was a secret society. It was a forbidden art,” said Moe Mohalhel, who raps under the name Slow Moe.

Now there are rap-focused radio shows and hip-hop fashion is popular among young men. Qusai Kheder, aka Qusai, a Saudi rap star, has five commercial albums and a spot hosting, “Arabs Got Talent,” which is broadcast on a pan-Arab channel.

In a kingdom where public music events are tightly controlled, the government allowed American rapper Nelly to perform in Riyadh in December for a male-only audience. 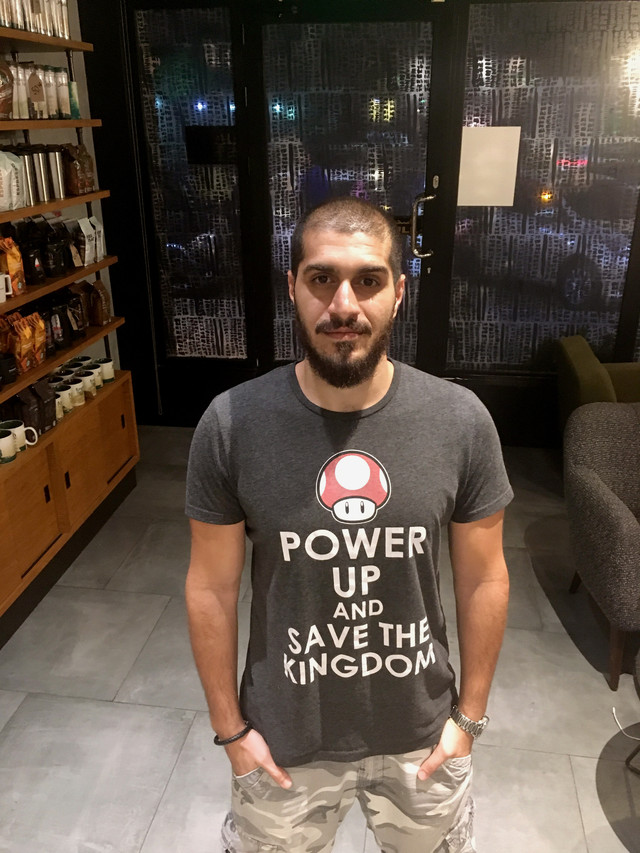 A decade ago, Saudi hip hop ‘was a secret society. It was a forbidden art,’ said Moe Mohalhel, seen above in April, who raps under the name Slow Moe.PHOTO: BENOIT FAUCON/ WALL STREET JOURNAL

Hip hop has a natural affinity with traditional Bedouin culture, sharing an emphasis on poetry and verbal feuding, said Igor Johannsen, who researches rap in the Arab world at Germany’s Marburg University.

The Saudi Arabia Society for Culture and Art, a government entity, has so far registered about 100 musicians as official Saudi rappers, issuing badges that allow them to perform at festivals and in the media for a fee of 100 Saudi rials ($27), said Omar Al-Jasser, who until recently worked for the society on an initiative to embrace rap as a Saudi art form.

The government still clamps down on aspects of rap music it sees as offensive to Islamic values. Profanity, sexuality and violence are off-limits in lyrics. Registered rap artists are screened for their use of appropriate language and their positive message, Mr. Jasser said.

“Unfortunately, some rappers were giving the art a bad reputation,” he said. 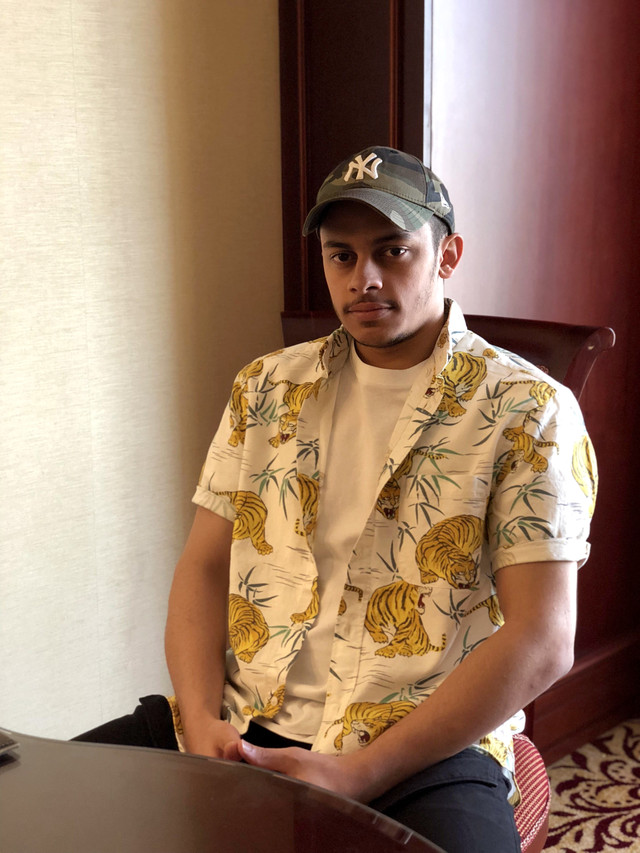 ‘I don’t want their acknowledgment of rap,’ said Sultan Khalid, who raps under the name 50 Fils.PHOTO: DONNA ABDULAZIZ/WALL STREET JOURNAL

Mr. Ghamdi—who raps under the name Klash, short for Kalashnikov—was once known for songs that fueled long-running feuds with other Saudi performers. But he and some others have pulled back from insulting rival rappers.