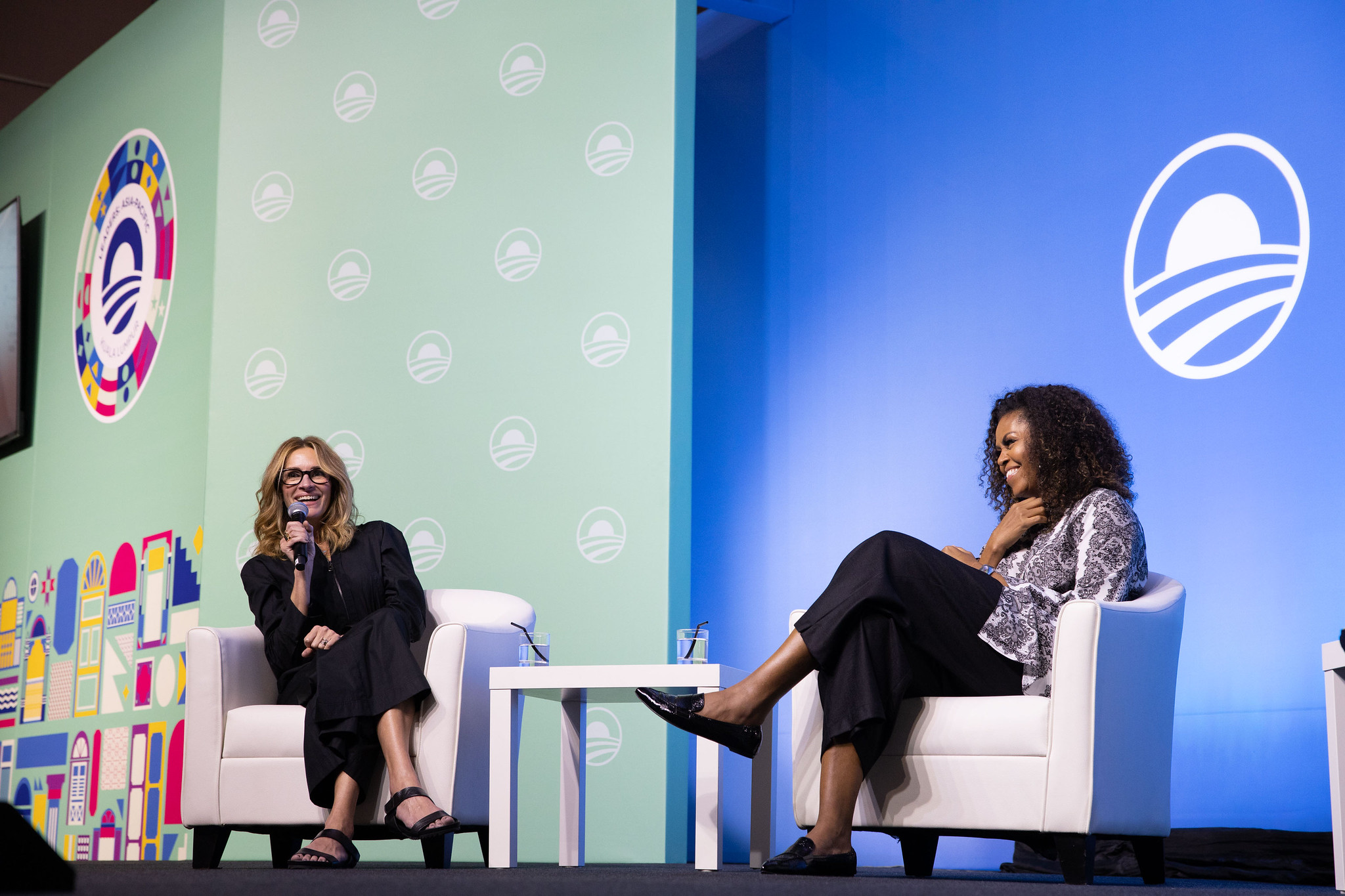 Michelle Obama preached the importance of girls' education and brought messages of hope and ambition for young women in her first-ever trip to Malaysia recently.

The trip was a part of the 'The Obama Foundation Leaders: Asia-Pacific Program', one-year leadership development and community engagement initiative that seeks to inspire, empower and connect emerging leaders from across the Asia-Pacific region.

During the Dec 12 event, the former First Lady of the United States spoke together with Oscar-winning actress Julia Roberts and shared appealing anecdotes on issues such as family, social media, ethical leadership and the importance of sustainability in promoting the work that they do.

The pair reminisced about their recent trip to Vietnam as part of the Girls Opportunity Alliance (GOA) where they had the opportunity to mix with female students at a rural high school whom they urged to stay in school. GOA is a program of the Obama Foundation which seeks to empower adolescent girls around the world through education, helping them achieve their full potential and transform their families, communities, and countries.

Michelle Obama said that there are 98 million girls worldwide with no access to education and lamented at this loss of potential. "Imagine that you have this fire in you, you know, because what I was saying is that intellect knows no gender, you know, possibility doesn't know race, it doesn't know religion," she said, adding: "The future of our world is only as bright as our girls."

Malaysian girls compare better than girls in Vietnam. Thanks to the United Nations Millennium Development Goals which sets educational attainment as a major goal, more and more Malaysian girls are getting educated. In fact, the enrollment of girls is equal and sometimes higher to that of boys and more Malaysian women are obtaining undergraduate degrees compared to men. However, this doesn't translate into greater achievement in the economic and political realms,  a problem which Malaysian policy-makers are trying to address.

Michelle Obama spoke about defying the beliefs of some people that she couldn't get into Princeton and Harvard University. She also spoke about being true to yourself - she had realized that after becoming a lawyer that she had grown up pressured to "tick-off the boxes" of what society deemed as success. She said she has come to define for herself what success means, and that means not having it all really but to focus on certain key priority areas.

Following the talk, Mrs Obama sat together with 12 young female leaders from the Girls Opportunity Alliance to check on the progress of their activism.

Siti Aishah Hassan Hasri is one of the 12 women who got to speak to Michelle Obama. Siti Aishah is the founder of SPOT, which stands for 'Soroptimist Puberty Education Toolkit', a volunteer-led project that delivers information about puberty and sexual abuse prevention to young girls and adolescents.

She said: "I was really nervous about representing the amazing work SPOT does, and being the only Malaysian present, I felt the massive responsibility to convey the message not just as the SPOT Founder, but also as a Malaysian, a woman, a Muslim, a daughter, a sister and a friend. Mrs Obama made it okay and possible to be yourself, so I felt honoured, grateful and humbled."

Siti Aishah also said that she told her grievances to Mrs Obama about how injustices against girls and women are perpetuated under the guise of religion. "Men are allowed to use my name to commit crime against girls all over the world, in the name of the Prophet, the hadith and Islam. I hope Mrs Obama remembers that, because Malaysia might be advanced in so many issues, yet our girls still have to struggle against so much." 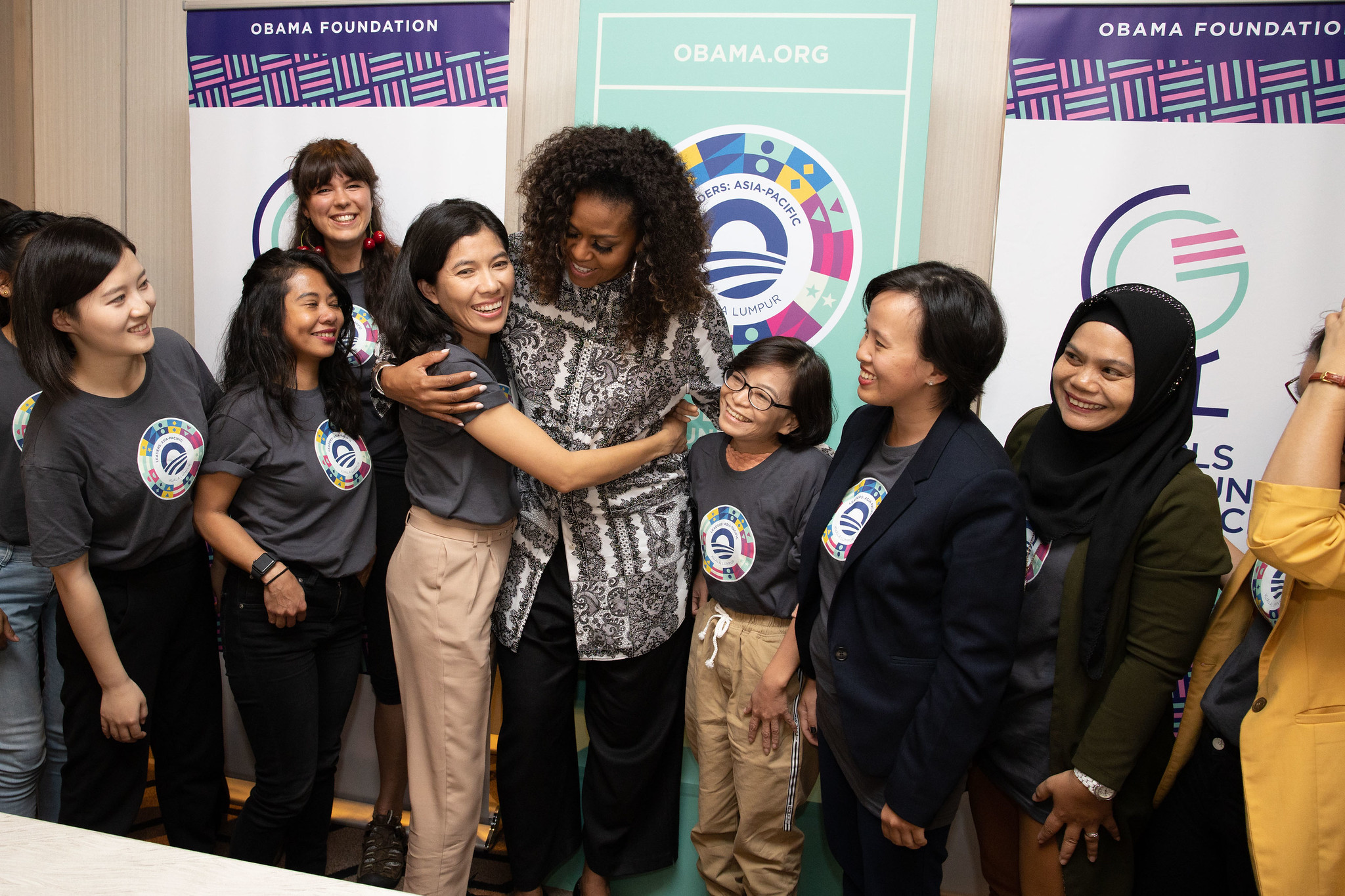 Here are some quotes by Michelle Obama from the talk that will hopefully inspire you: