Saba Ismail woke up in her Brooklyn home to a voicemail from her sister, Gulalai. She was calling to say she had been apprehended by Pakistan officials upon landing in Islamabad after a flight from London. The Federal Investigation Agency (FIA) told Gulalai she had been put on an exit control list (ECL) and was going to be immediately detained. “The space is shrinking and closing out spaces for civic voices, voices who are raising for peace,”  Gulalai says in the message recorded as she was being detained.

"Adding the name of a well renowned human rights activist in the ECL is a black spot on the character of Pakistan,” she says.

Within hours of her detainment, Amnesty International launched a campaign for her release utilising the hashtag #ReleaseGulalaiIsmail which spread across the world.

After around eight hours in detention, the decorated campaigner was released on bail and allowed to go home, but her sister claims Gulalai still does not have her passport and is unable to travel due to being on the ECL. The Pakistan government and FIA have not yet responded to requests for comment.

In a climate where the government is repeatedly accused of stifling free speech, Pakistan has questions to answer about the arrest Gulalai Ismail, and why nine other people associated with her remain in prison to this day. 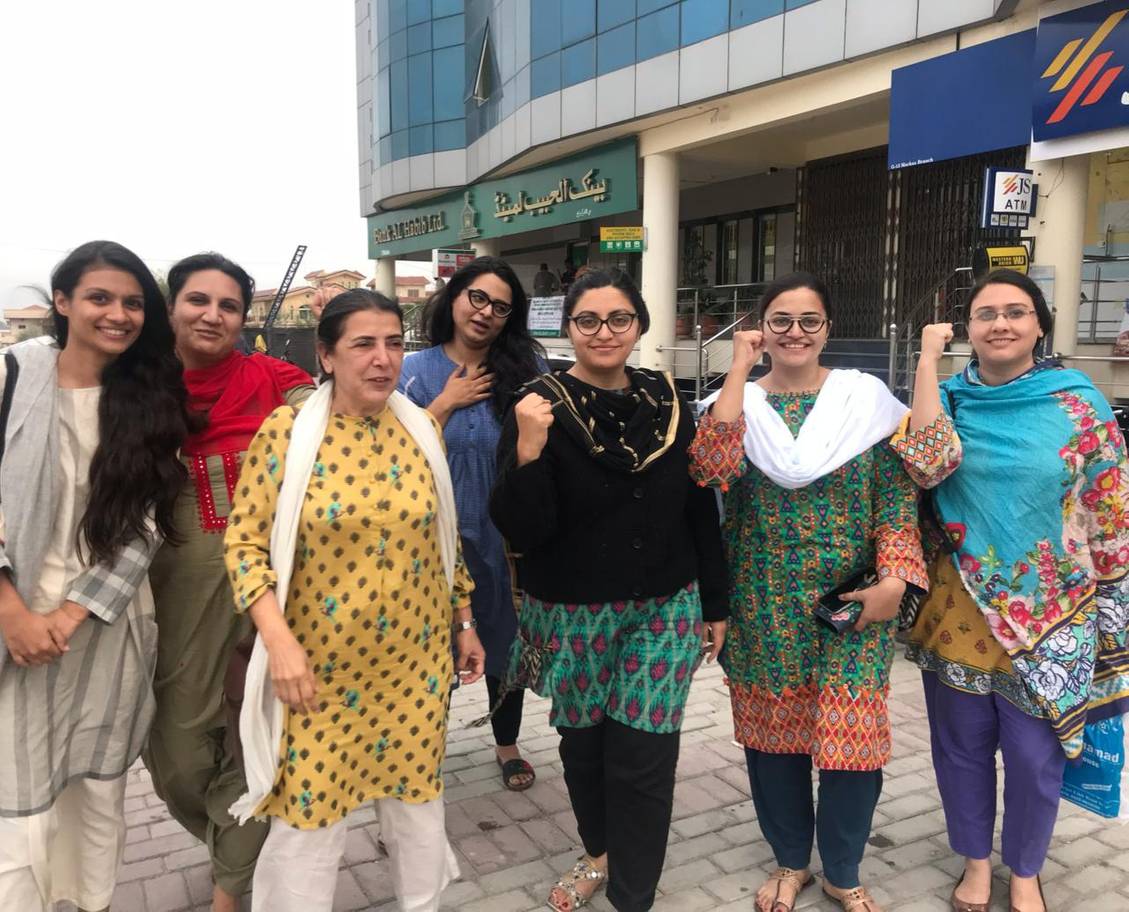 Raised in northwest Pakistan, Saba and Gulalai Ismail grew up in a progressive family where they, among their other siblings, were taught about human rights and gender equality, predominantly from their father Muhammad Ismail, a teacher and activist.

But outside of their home, they saw a different world.

“Since I was born I have seen the differences in the way people treat their daughters than their sons,” 30-year-old Saba told The Independent. “Inside, outside, in schools – I saw that difference from a very young age.”

Although seeing gender inequality on a daily basis, there was one particular moment in her teenage years that still stands out for Saba.

“When my cousin was about 12 years old, she really wanted to become a pilot. One day she was told she can’t go to school anymore because she’s getting married to a man 15 years older than her, so she had to discontinue her education the very next day.

“I saw my male cousins going to school, continuing their education, and I thought, ‘she wants to be a pilot, and she’s not able to go to school, even though she wants to. She has to get married instead.’ That really sparked questions in mine and my sister’s minds.”

This one moment led Saba, then 15, and Gulalai, 17, to start an organisation with the aim of bringing gender equality to girls in Pakistan.

“We thought why is this the way – this shouldn’t be happening. Those questions popped up in our heads and at this young age we didn’t know the answers to a lot of them, but we knew it shouldn’t be happening. We thought we must do something to prevent other girls from such situations so they are able to speak for themselves, so they have the proper education, so we started Aware Girls.”

The seed of fighting the injustice that was planted at such a young age has continued to grow throughout the lives of these two women. Saba spoke at the White House in 2017 about peace-building processes, she shared a panel with Melinda Gates and has regularly consulted for the UN. Gulalai too has worked with numerous organisations, winning the International Humanist of the Year Award and the Anna Politkovskaya award for campaigning against religious extremism. She was also previously named as one of 100 Leading Global Thinkers by Foreign Policy magazine. Her passionate TED talk examines the growing pressures of religious extremism and the non-violent ways of combating it.

Gulalai has heavily criticised Pakistani military operations in the nation’s tribal regions, during which thousands of civilians have been killed.

But such outspoken criticism rarely comes without a response.