By Sune Engel Rasmussen for The Guardian

Zahra Yaganah was married off to a violent man at 13. Now an author, her book is shining a light on abuse in Afghanistan

When Zahra Yaganah was a child, her mother beat her three times. Once for dropping a tray of glasses. Twice for allowing the food to burn because she was so absorbed reading Victor Hugo’s Les Misérables.

Yaganah was 11, and already bookish. Growing up as an Afghan refugee in Iran, she learned from her mother how to cook, a skill befitting hardworking women. But her real love was the printed page. Later, when her life had become a purgatory of violence and abuse, both cooking and literature helped save her.

In what has become one of the fastest-selling books in Afghanistan, Yaganah chronicles her traumatic life. Light of Ashes, released in March, is part fiction, part gut-wrenching memoir tainted by the oppression she says almost all Afghan women suffer.

The book, she hopes, will help women break free. “It is impossible for Afghan women to read this book and not find an issue that reflects their life story,” she says. “Women can find their path, despite all the problems they have.”

To help break the oppression, Yaganah breaks taboos. She writes explicitly about topics such as marital rape, menstruation and the lifelong damage caused by child marriages.

Two people appear in the book with real names. One is Zahra, the teenage protagonist based on the author who was married at 13 to a man twice her age.

The character’s husband beats her violently – as Yaganah’s did in real life – and takes the salary she earns at a brick kiln to sustain his drug habit. It is in telling the story of her marriage that Yaganah’s writing is most disturbing, and groundbreaking.

Yaganah’s own wedding night was a tremendously painful ordeal. “I thought I had to serve my husband like a king,” she says. Barely a teenager, she had no concept of what penetrative sex meant. The morning after, she woke up in hospital.

In the book, she writes: “I hated marriage, the wedding night, the concept of husband and wife and all things that ended with pain. Hate was a dress that fit snug around my body. At night when we were brought to the bedroom, without any exchange of words between us, I found Sultan by my side. Immediately afterwards a severe pain pierced my body. I could not remember anything after it. When I opened my eyes, I found myself in a hospital bed.”

To Yaganah, female empowerment is inextricably tied to the sexual enlightenment of both sexes. Marital sex in Afghanistan is often tantamount to rape, and is something many women suffer, she says. 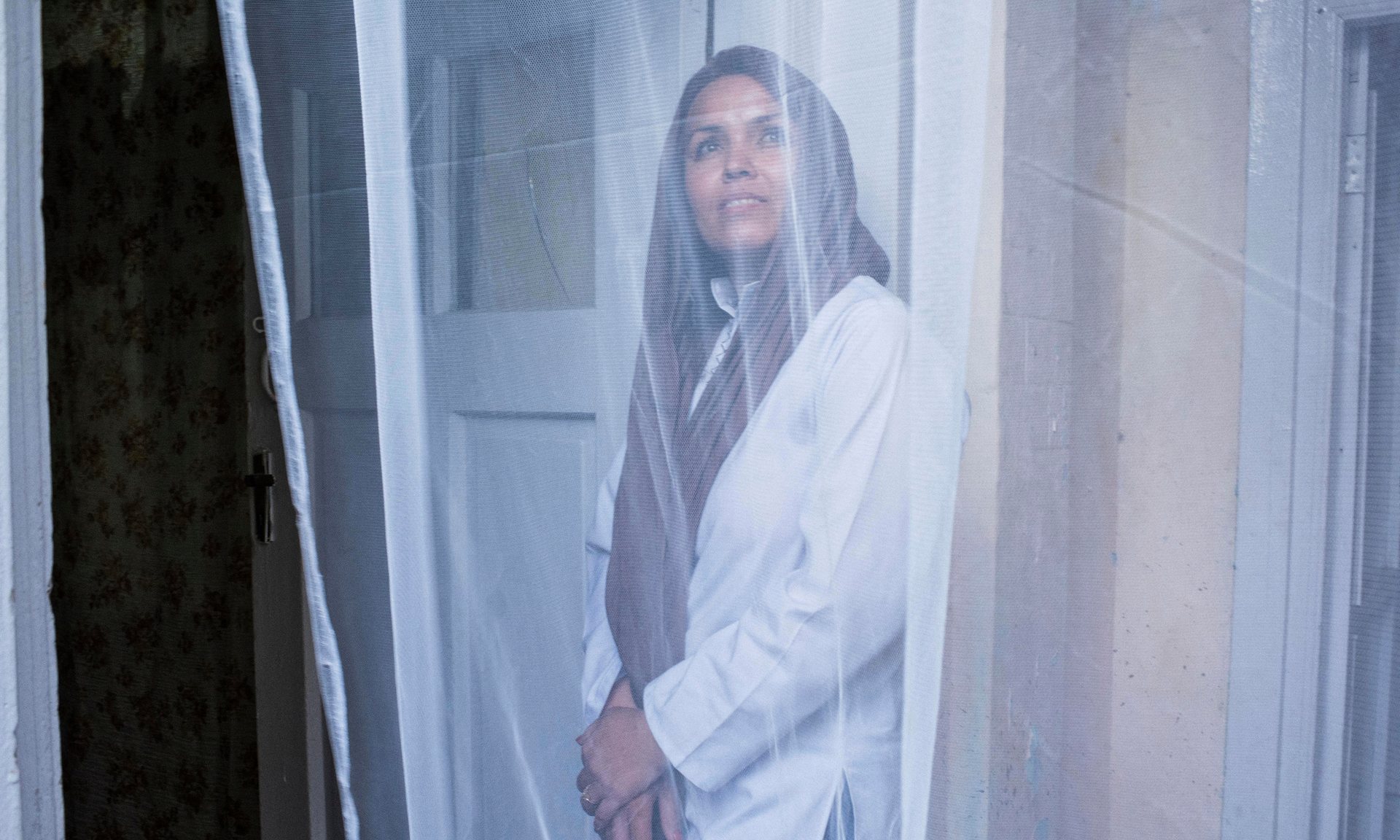 Yaganah’s book has proved popular among Afghans, both men and women. Photograph: Andrew Quilty for the Guardian

In a country where men are largely ignorant of the inner lives of women, Light of Ashes seems to have gripped not just female but male readers too.

“One of my friends is careful with every step he takes now because he doesn’t want to look like those violent men. His wife says he has become so kind after reading the book,” she says, laughing: “Now he even helps wash the dishes.”

The novel’s other character who appears with her real name is Narges, Zahra’s daughter.

Due to her mother’s young age – 14 when she was born – the baby developed a disorder that affected her growth. She died when she was four.

Yaganah began writing three years ago. After writing and reliving Narges’ death, she had to stop for three months. The loss resonated with readers, too.

“I still feel very emotional,” said Mohammad Hossein Saramat, the head of Marifat high school in Kabul and a fan of Yaganah’s. “Even talking to you now I am very emotional.”

In late 2007, after moving to Herat in western Afghanistan from Iran, Yaganah was forced to make a choice. One night, after she had not brought her husband any money for drugs, she and her two surviving children woke up surrounded by burning clothes. The door was locked and the windows were barred. Fortunately, neighbours rescued them.

Yaganah filed for divorce, a radical choice in Afghanistan, and fled to Kabul with her children. There, she worked odd jobs until a friend helped her get a job as a TV chef, using the cooking skills she learned as a child. She rebuilt her life, and later acted in theatre and got involved in women’s rights.

She now lives with her children in her own home. Her publisher said her book was the fastest-selling he had seen in a decade in the industry: the first 1,000 copies nearly sold out within three months.

In the yard is a red Daewoo Matiz she uses to take the children for picnics on weekends. Her daughter is the same age as she was when she got married, while her son is a few years younger.

Yaganah’s husband disappeared after the divorce. He resurfaced in Iran, was arrested for drug smuggling and sentenced to eight years in prison but is now free. She assumes he is too poor to travel anywhere, but says he still manages to unnerve the family – recently, for the first time in 10 years, he called his daughter from Iran.

But Yaganah, 32, will no longer allow herself to be intimidated, even if Afghan society seems to expect her to be.

“When you talk as a woman, you will face challenges from men here,” she says. “You will be accused of speaking against men. They will always try to stop you from speaking on behalf of women.”