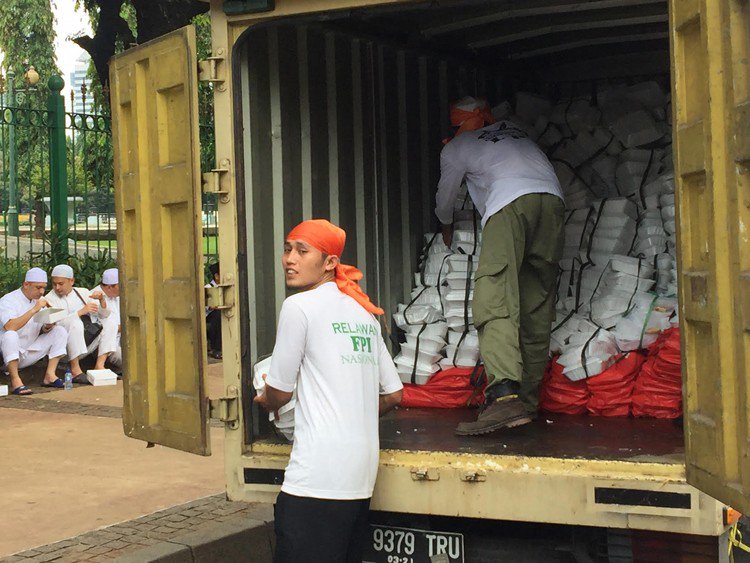 The Islamic Defenders Front (FPI) drove in trucks filled with bags of food.

"The logistics were delivered by our leaders at our headquarters in Petamburan ," said Anwar, an FPI member.

Anwar said he did not know who financed the food purchases.

An organization known as Indonesian Muslim Unity (PUI) also deployed dozens of its members to distribute food in plastic bags.

"Giving is also part of jihad. This free food is to strengthen our spirit in the rally," said Rosidah, a PUI member from Bekasi, West Java.

The rally was organized to urge the police to charge Ahok, who is seeking a second term in the February gubernatorial election, with blasphemy over his statement about a Quranic verse.