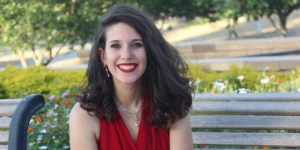 An undated photograph of Shaden Mohamed shared on Facebook

According to German media, Shaden Mohamed Al-Gohari was struck by a car in a hit-and-run as she crossed the road in the German city on 18 April. Shaden was transported to hospital but later passed away due to the serious injuries she sustained from the hit-and-run.

However, new information reveals that the hit-and-run may have been followed by a hate crime. Witnesses claim the passengers in the car and the driver, who was caught and initially charged with reckless driving and driving over the speed limit, broke out in laughter after striking Shaden.

“The accident was shocking, but what followed afterwards was cruel,” said one witness to n.tv who said she heard the passengers laughing.

Witnesses added that they heard the passengers telling Shaden to “go back” to her country.

“I realize that there are no streets in your country, but in Germany you have to look out on the street” and “Just piss off back to your country again and you won’t get run over. Damn refugees” are among the comments that witnesses say were shouted by the passengers of the car.

Following the statements of the witnesses, a new investigation has been launched to uncover whether the hit-and-run was followed by any racial hatred or abuse, reported Reuters.

The investigation has been welcomed by Martina Muench, the Minister of Education in the German state of Brandenburg, who condemned all racism and xenophobia.

“It is unfathomable and appalling that a young, fatally injured woman would be insulted in such a racist and xenophobic way in the middle of Cottbus,” said Muench, according to Reuters.

On social media, there has been an outpouring of support for Shaden’s family and friends. Shaden was an architecture student at the German University in Cairo.

“One of the purest souls just left the world.. Please if you know Shaden Mohamed remember her in your prayers… she was nothing but everything that is amazing,” wrote one Facebook user, Haya Khairat, in a public Facebook post.

Many friends and family members have been sharing photographs of Shaden accompanied by heartfelt messages.

A page was also set up to collect donations in the memory of Shaden. So far, more than EGP 10,000 has been donated in Shaden’s memory, enough money to provide a number of houses with access to water and electricity supplies.