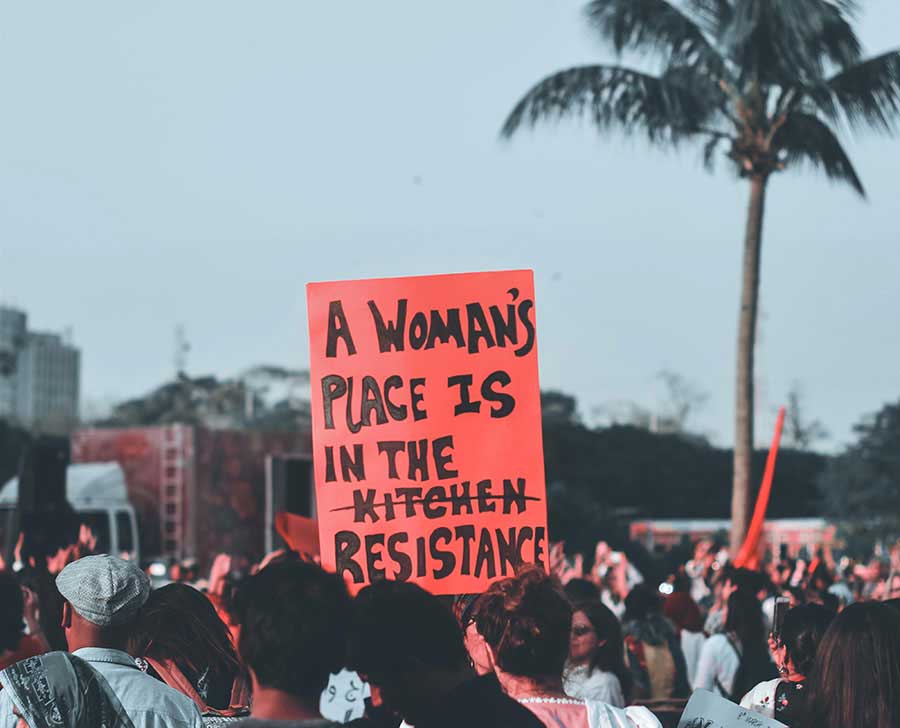 Once upon a time, in a land not far away, a few women thought they were citizens of Pakistan and decided to raise some slogans, demand some rights, make some posters and sway to some tunes – in public and on the streets. And because of these thoughtless women, every single family value in that wonderful land came to an end. When other women saw these shameless women, they decided to walk out of their homes, burn their dupattas, happily file for divorce, refuse to have sex or cook or give birth to and rear children. The not-so-far-away land became the land of topsy-turvy because of the awful spell cast by those women with their slogans and their dancing and their terrible ideas of equating happily-ever-after with equality. The end.

It seems many in Pakistan dreamt the same fairy-tale in their nightmares, right after a few women did indeed think they were citizens of Pakistan and decided to host the Aurat March on March 8 (the International Working Women’s Day) in different cities of Pakistan. There were slogans, there were posters, there was joy and tears and anger – and there was dancing. But the spell that made women think that they could for three to four hours try and imagine a world free-er and less toxic was broken the same day and the day after that and the days after that with the non-stop whinge-fest by men and women whose worst nightmare really just seems to be happy, brave and outspoken women.

There is much to debate and discuss, learn and unlearn for all of us women who in our own different ways aspire to make this world a better place for ourselves, our sons and daughters and comrades and partners. The time for that critique and unpacking, however, can only come once we’re done battling the abuse and outrage online and on the very toxic mainstream TV media. From being called unIslamic – ironically by a gentleman whose sole claim to fame is either making money selling religion or spewing lies and obscenities against anyone he disagrees with – to immoral to shameless, the women of the Aurat March have spent the past few days explaining what it means to be a woman in a society that looks at us all as its personal possession.

[Never mind the fact that 99.9 percent of the posters, slogans, speeches, manifesto were about education, healthcare, jahez, inheritance, domestic violence, acid abuse, rape and honour killings. Never mind the fact also that the Aurat March was held in many cities, with many different kinds of women participating – something that has been painstakingly and maybe even unnecessarily explained over and over and over again to the nitpickers].

It seems we have decided we prefer our women as ‘victims’. We like them when they ask for rights politely. We don’t like being reminded of the daily abuse any woman with an opinion faces online. We don’t like the mirror much, the one that talks back using the same language used against women for decades – ‘fahaash’, ‘awaara’, ‘badchallan’. We had rather our women debate and argue in measured tones, with the ‘right’ language, the ‘right’ kind of responses, not get riled up, never lose their cool and never – ever – resort to ‘vulgarity’ – because, please, women.

Many have wondered if this outrage would have been there had it not been for those few ‘offending’ posters. (The burden apparently of society’s frail sensibilities also lies on women who dare to be assertive). Many have wondered, questioned, mocked why ‘real’ issues of women were not highlighted by these terrible women (such people have, as always, chosen to make invisible all those women who were indeed talking also about those ‘real’ issues). I wonder where these champions of oppressed women are when a woman is paraded naked (because ‘honour’ and revenge) or when women and men are killed for the mere act of marrying each other (again, ‘honour’ and power) or when a girl’s right to education is taken away because the state doesn’t provide enough schools for girls.