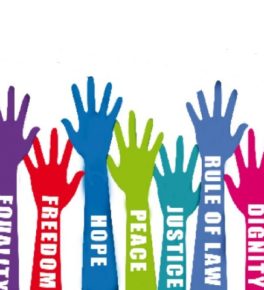 Here, MALA presents a powerful narrative regarding human rights, nationalism, theocracy, and the need for democracy. This story shows how males can be married off without their will, and their own personal set of struggles which should not remain ignored.  This story serves as a reminder that humanity prevails. We remain committed to protect the identity of the individual submitting their story, and we honor them for their bravery, courage, and resilience.

Growing up in a country like Saudi Arabia, I was not really given much (or any) space for self-exploration, so whenever I ever doubted being homosexual, I immediately started to think that I were diseased… or mentally incompetent of processing human emotion/s or something. I genuinely believed that I was cursed by God himself because of the feelings I felt towards the boys in my classroom. My thirteen-year-old self started to think that he was a bad person, and this only led to infinite sadness. All of this was because of the alleged teachings of the Quran. I was taught from a very young age that people who “chose” to be gay were “disgusting” and “an abomination”, so naturally, this was a main reason as to where that self-hatred was coming from. After on and off cycles of intense praying, I realized that I couldn’t pray this away… this is something deep within me. That was when I truly realized that God created me this way.

I finally understood that feeling this way was completely normal, but that there are other sins in Islam that can’t be justified like that, such as: sex, drinking alcohol, doing drugs. At this point, I started to genuinely loathe my country for trying to mold me into this primitive and misogynistic creature that cared for no one but himself and those in his circles. Nationalism and elitism are huge in Saudi, and I’ve grown to despise these two concepts very much for it just gave people another reason to become judgmental and aggressive. All my life, these shallow ideas have been taking control of the way I had to interact with others, but no, not anymore. I started listening to a lot of music. David Bowie, The Smiths and even Lady Gaga started making me feel good about my emotions and myself. God knows what I would have done if it weren’t for the music.

I started meeting with men right before graduating from high school, having occasional and unprotected sex with the purpose of finding freedom in all that lust. I got into marijuana, and realized that smoking it apparently didn’t kill me (the media here loves to exaggerate a little sometimes. Just a little). I got into all these things as a way to raise my middle finger at Saudi without actually having to speak up.

Fast forward to current day me, and here I am, a 21 year old who hasn’t even completed his first year of college yet due to complications from father dearest who wants to marry me off (yes, boys can get married off as well if the parents have enough control over them) to a woman of his choice. I miss America. I studied there for a very short while, but met a lot of incredible men who helped shape the queer man that I am today. I’m forever grateful for studying there, even though this whole marriage mess ruined it for me. I’m starting school here next semester, and although I’m not excited to meet the brainwashed Saudi classmates, I’m interested in seeing how this new me will interact around them. I’m hoping for the best.