The stand-up comedian Maysoon Zayid likes to joke that if there were a competition called the Oppression Olympics, she would win gold.

“I’m Palestinian, Muslim, I’m a woman of colour, I’m disabled,” Zayid, who has cerebral palsy, tells audiences, before pausing a beat to hang her head, her long dark hair curtaining her face, “and I live in New Jersey.”

The joke lands laugh whether Zayid tells it in red states or blue, and puts people exactly where Zayid wants them: disarmed, charmed and eager for more. She told it near the beginning of her 2014 TED Talk, which drew nearly 15 million views, became the most-watched TED Talk that year and changed Zayid’s life. She now has a development deal with ABC to create a semiautobiographical sitcom called “Can-Can,” starring her. 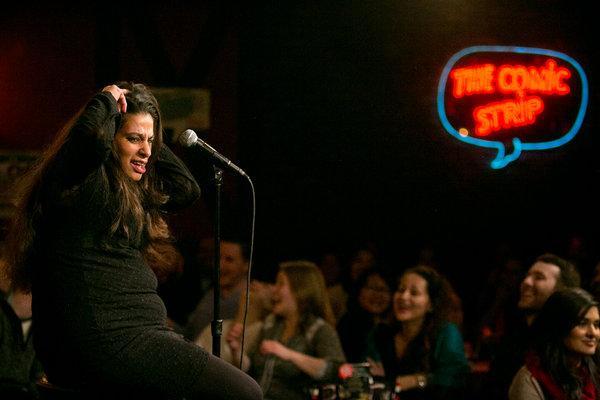 The show faces daunting odds; only a handful of the dozens of scripts networks order each fall make it to air. But if “Can-Can” makes it all the way — Zayid told studio executives that she would end up in an internment camp if it didn’t — it may push two populations, one widely ignored, the other demonized, from the country’s margins into the mainstream.

People with disabilities make up nearly 20 percent of the population yet account for about 2 percent of onscreen characters, some 95 percent of which are played by able-bodied stars. And it is hard to imagine a group more vilified in the United States than Muslims or Middle Easterners, whom, as Zayid’s television writing partner, Joanna Quraishi, said, “Americans see as either terrorists or Kardashians.”

The executive producers of “Can-Can” include Todd Milliner and Sean Hayes, who plays Jack on “Will & Grace,” itself a groundbreaking show credited with helping make gay characters mainstream. Milliner and Hayes are well aware of the envelope-pushing potential of “Can-Can,” but said that was not what sold them on Zayid. Her energy filled the room, and she was self-aware, super smart, and madly funny. Crucially, she had a singular story. “The whole business is moving even more toward authentic stories that aren’t on TV right now,” Milliner said.

Zayid is a vociferous part of a small, dedicated movement calling attention to disability rights in entertainment, which are consistently overlooked in the quote-unquote diversity conversation. Jay Ruderman, president of the Ruderman Family Foundation, a philanthropic and advocacy organization for disability rights (it also works to strengthen ties between American Jews and Israel), said Zayid’s show could crush enduring stigmas disabled people face. “Progress is being made very slowly, but shows can be transformational,” he said.

The “Can-Can” character will be much like Zayid, a woman who happens to be disabled and Muslim and who grew up in New Jersey with big hair and Metallica T-shirts, navigating love and friendships and the world.