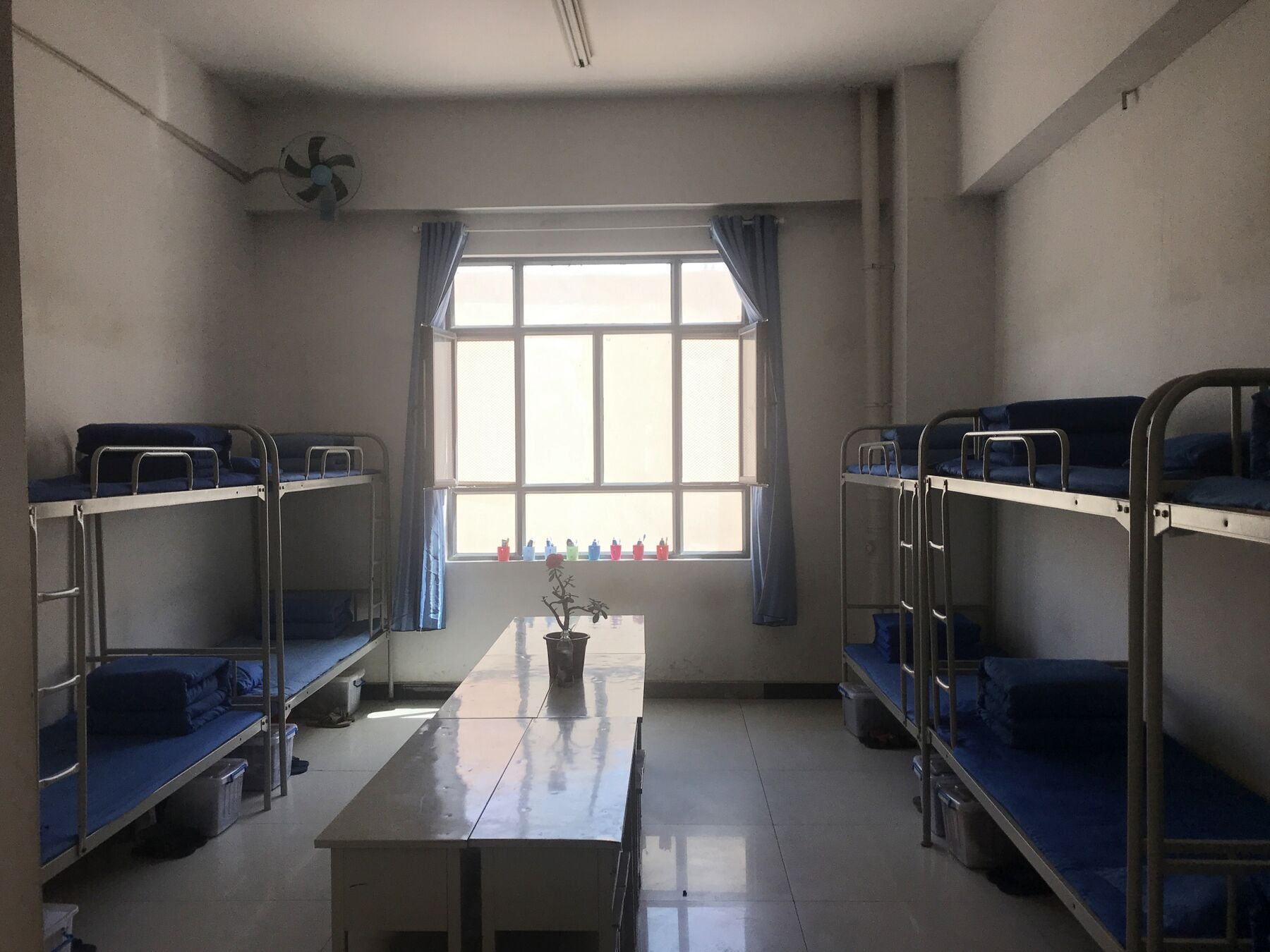 At the Shu Le County Education Center, a sprawling three-story complex in China’s far west region of Xinjiang, the dormitories feature bars on windows and doors that only lock from the outside.

Inside are hundreds of minority Muslim Uighurs who have no way of leaving without an official escort, even though Chinese officials who took a group of foreign journalists around the “transformation through education” camp this week insisted they were there voluntarily. Asked what would happen if a Uighur refused to attend, Shu Le’s principal Mamat Ali became quiet.

“If they don’t want to come, they will have to go through judicial procedures,” Ali said after a pause, adding that many stay for at least seven months.

Shu Le is one of an unknown number of re-education camps in Xinjiang, a Muslim-majority region at the heart of President Xi Jinping’s Belt-and-Road Initiative to connect Asia with Europe. The U.S. State Department says as many as two million Uighurs are being held in the camps, a number disputed by Chinese officials even though they won’t disclose an official figure.

This week, I participated in a government-sponsored tour along with four other foreign media organizations through three cities in Xinjiang. The schedule was tightly controlled, with events planned from early morning to 11 p.m., and it included stops in many of the same places I visited on an unguided 10-day trip to the region in November.

The trip shows that Beijing is becoming more worried about an international backlash that has intensified of late, raising risks for investors already assessing the impact of a more antagonistic U.S.-China relationship. Muslim-majority countries have begun joining the U.S. and European Union in condemning China’s practices, with Turkey’s foreign ministry in February calling the “concentration camps” a “great embarrassment for humanity.”

Xi’s policies to pacify the local population have spawned the biggest challenge to China’s international reputation since soldiers were sent to put down protests in Tiananmen Square three decades ago. After first denying the existence of the camps, China is now doubling down on the need for them, and beginning to defend them as a vital weapon against terrorism.

“You can see the Chinese government basically changed its position over time,” said Maya Wang, a senior China researcher at Human Rights Watch. “They switched from denial to a full-frontal counter offensive.”

Throughout this visit, Chinese officials said the foreign media had given a false impression of the government’s efforts in Xinjiang. Most of the stops were focused on economic development and new education initiatives. The government’s message was simple: Xi’s policies were helping pacify the region and grow the economy.

The exercise reflects Xi’s increased confidence on the world stage, where he’s directly challenged Western-style democracy with a centralized model of government that uses advanced technology to reward, punish and ultimately control the behavior of its citizens. He has a lot at stake in making it work: Backing down risks jeopardizing the Communist Party’s grip on power.