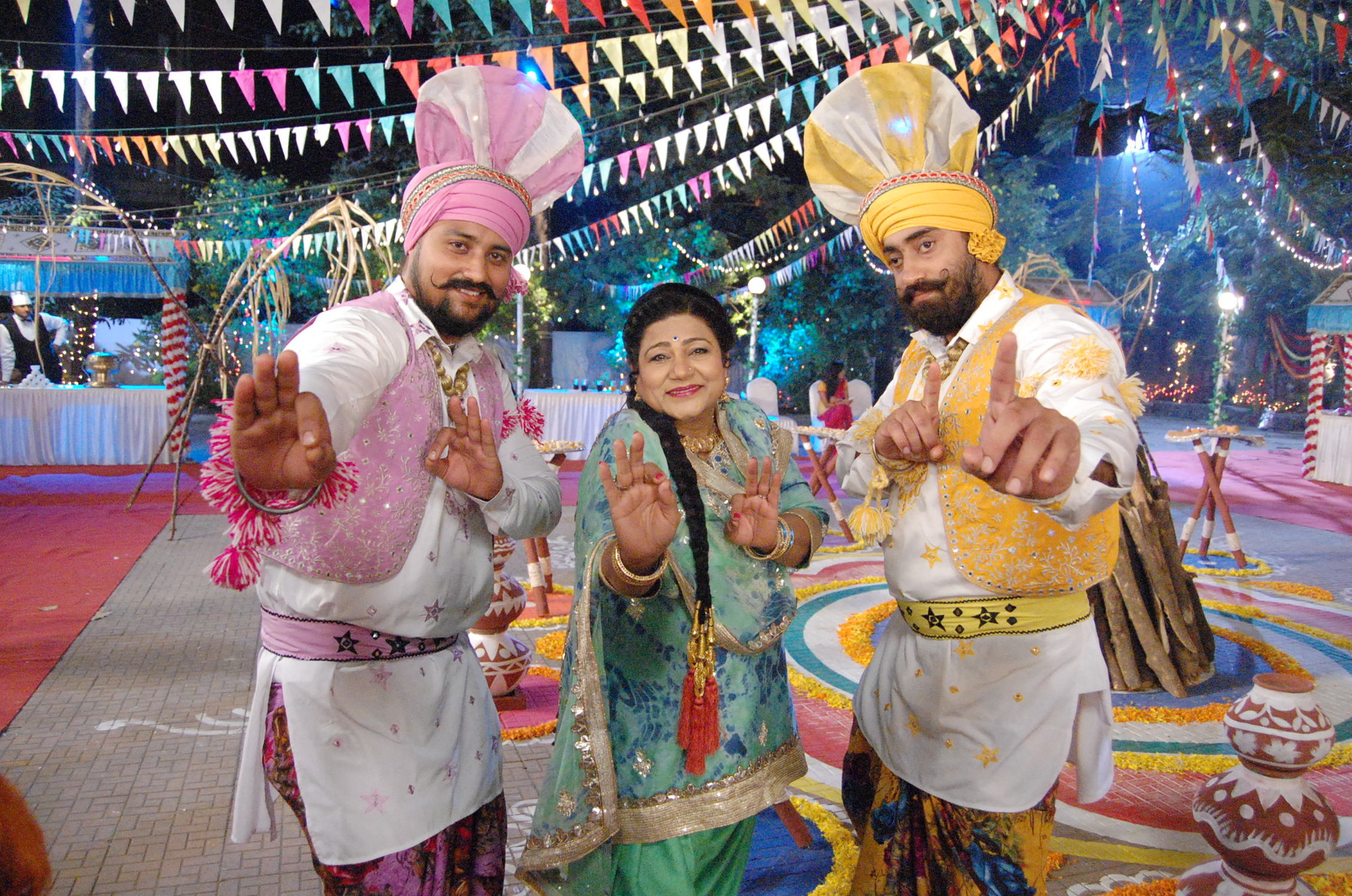 LONDON — When I was 16, I started filming silly videos at home on my camcorder and uploading them to YouTube. Like any millennial, I was in search of some juicy online validation. I showed the videos to my mom and told her that people do this for a living. She laughed and told me to get a real job.

To get her on board with my career plans, I started putting her in my sketches. We did rap battles. We dressed up as Goths. We even re-enacted my birth. Sadly, she drew the line at twerking.

I succeeded in getting her on my side — and we got almost eight million views that first year.

In 2013, I got a call from a producer in India saying that she was casting a lead role in a prime-time TV series. “Here we go,” I thought. “Finally, Bollywood’s calling.”

The producer clarified. “No, we don’t want you,” she said. “We want your mother.”

I told my mom, assuming she would never consider such a thing. “I’ll give it a go,” she said.

I was shocked. The woman who just months before had been giving me a hard time about my videos was willing to put herself on tape for an audition. I helped her film it and we sent it off. A few months later, the producer offered her the role. She quit her job as an English teacher in the suburbs of London, flew to Mumbai and started working as a Bollywood actress. She has been there for five years and is best known for playing Mrs. Bhalla on a show called “Yeh Hai Mohabbatein,” or “This is Love.” According to a group that tracks television ratings in India, it’s one of the country’s top five shows, with millions of viewers each week.

It’s a golden-ticket story — the kind of showbiz tale people marvel at — but it actually feels as if my mother’s life has come full circle.

My mother, Shahnaz Rizwan, was born in the 1950s in tumultuous post-partition Pakistan. She was one of nine siblings and her family had very little money. Her dad sold film reels to studios, and one day when a child actor dropped out of a movie, he suggested my mom as a replacement. At age 3 she made her film debut. Over the next decade, she told me, she went on to star in more than 30 black-and-white Pakistani films. By 12, she was supporting her family with her earnings. She was basically the Macaulay Culkin of Karachi.

But when she was a teenager, she had to stop acting. People told her it was no profession for a young woman and that only prostitutes worked as actresses. She gave up the movies and quickly transitioned from stardom to normal life.

As a young adult, she was the first woman in her neighborhood to ride a bicycle. Today, you’d be praised for choosing such an eco-friendly mode of transport, but back then it was scandalous for a woman to travel by bike without a male escort. Many people scolded her for it, calling her a prostitute (this seemed to be a theme in her early years).

She wanted a life beyond the limitations she felt in Pakistan, so she came to Britain in the 1990s with my sister and me tucked under her arms — and no money, no husband, no connections. It was four years before my dad could follow. In the meantime, my mom did every “real job” possible, from cleaning to sewing in a factory. She got an English degree and eventually found a job teaching English to other immigrants.

But she was always a performer. When I was a kid, she would organize plays at our town hall — she rented it by the hour to write, direct and produce the shows. The cast consisted of her children and the Lithuanian students she roped into learning lines as part of their English lessons. The plot of her first play, “Husband for Sale,” was about a business-minded wife (played by her) who tries to sell off her husband (played by my dad) to a rich elderly lady. I’m sure it was more therapeutic for her than anything.

When I was 8 years old, my mom received a letter of deportation, informing her that we’d have to leave the country. She had one main focus — to get her children educated before we had to go. I studied around the clock, signing up for every scholarship exam possible.

While I was doing that, my mom was engaged in a year of protests and legal battles. Every weekend I had to help her distribute fliers door-to-door, to gather petition signatures in support of immigrants’ rights. She managed to build a support network not only for herself but also for other immigrants and began to organize weekly meetings in the basement of a South Asian supermarket. She gave a speech at a conference and caught the attention of a lawyer who offered to represent her at no cost.

After all her community work and court proceedings, we gained “indefinite leave to remain.” By the time the Spice Girls released their third album, we were bona fide citizens of Britain.

A few years later, I stumbled across YouTube and spent all my spare time learning how to use a secondhand camcorder. Life suddenly became a lot more exciting when I could make a video of me titled “Twerking in Public” and share it with the world.

Today, my mother has decided to step away from her TV role. She wants to spend more time back in Britain with her family. But her fame is interfering a bit with my own ambitions. If you type my name into Google — not that I would know ! — it auto-suggests “Mawaan Rizwan mum.”

When I visited her in India a couple of years ago, I asked her whether she was feeling overwhelmed by her newfound fame. She said, “I’m not famous, Mawaan, I just have lots of friends now.”