The Urdu poet died on this day, February 15, 150 years ago. A rich translation tradition has ensured his legacy lives on, even far away from home. 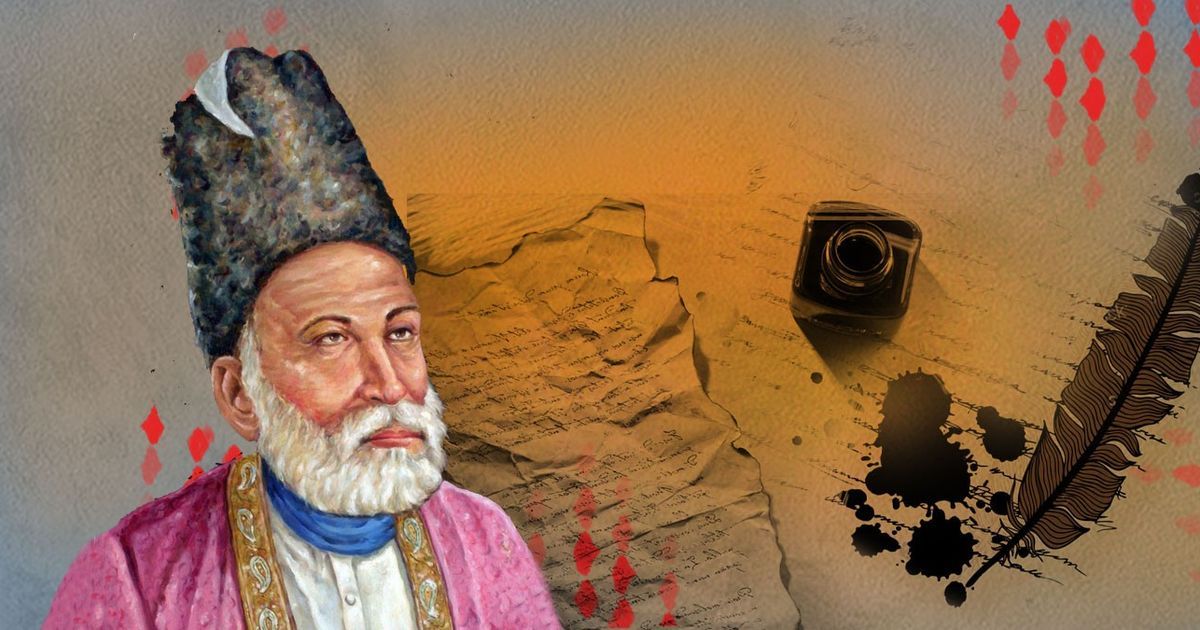 Mirza Ghalib, who died on February 15, 1869, was a powerful, eloquent and erudite poet who investigated and captured life’s experiences and occurrences with capering humour in his enigmatic ghazals. Even though Ghalib was never fully appreciated in his own lifetime, today, his name is synonymous with Urdu poetry. His verses, which were far too advanced for his times, are not only recited in Urdu but have now transcended borders and languages, and cemented their place in American literary traditions.

Ever since English translator Edward Fitzgerald first transcreated Omar Khayyam’s The Rubaiyat in the mid-19th century, translators from the West have constantly tried to explore the depths of Indo-Islamic traditions of poetry. The interest in Persian ghazals was first shown by German translators and poets such as Johann Wolfgang Goethe, Joseph von Hammer-Purgstall, Friedrich Ruckert and August von Platen who had started translating ghazals by poets like Hafiz into German when Ghalib was still alive.

By the 20th century, Federico Garcia Lorca, the Spanish poet had already popularised ghazals (or gacelas as he called them) in Spanish through his collection Diwan del Tamarit (1940) – a result of his Moorish heritage and background. However, the form finally caught the attention of American poets and entered the framework of American poetry through Ghalib.

On Ghalib’s centennial death anniversary in 1969, Aijaz Ahmad – a Pakistani critic residing in New York – published Ghazals of Ghalib in order to familiarise the American audience with his timeless verses. His aim was to place the 19th-century poet, in his own words, “across time, space and civilizations”. According to Ahmad, rather than a simple translation project, this was translation as “an encounter of ages and histories” and a means for poets to “converse with each other, again across time, traditions and languages”. Ahmad handed out literal translations and lexical notes to revered American translators and poets such Adrienne Rich, WS Merwin, David Ray, Mark Strand, and William Hunt, who were free to choose whatever method of translation suited them the best.

Ahmad’s aim was to take Ghalib, and not the ghazal in its lyrical capacity to the West, so the translators weren’t asked to adhere to the formal structure of ghazal and had the freedom to use free verse. He emphasised that “translation is approximation” and that “one translation might capture what another misses”. There was a multiplicity of responses in the book since multiple poets translated the same ghazal. Reminiscent of American translator Eliot Weinberger’s project Nineteen ways of looking at Wang Wei (1987), where he commissioned 19 translators to translate the same poem, the results were fascinating. The three translation of Ghalib’s couplet ‘Vahshat-e-atish-e-dil se shab-e-tanhai mein / Surat-e-dud raha saaya gurezan mujh se’ read:

That lonely night fire inhabited my heart
And my shadow drifted from me in a thin cloud of smoke.
(Mark Strand)

The breaking of form

The translations were a manifestation of literary critic Harold Bloom’s views that “freedom, in a poem, must mean freedom of meaning, the freedom to have a meaning of one’s own”. However, this emancipation of the essence by crushing the form was seen by many as misappropriation. Ahmad’s approach was questioned by many poets and scholars from South Asia such as Pariksith Singh, who raised crucial questions about loyalty to the text and the authenticity of the results and remarked, “to me, this is like calling a fourteen-line poem a sonnet”.

Even though the approach was questioned, its effect was acknowledged by everyone. The collection of poetry essentially created a butterfly effect. Poets such as Adrienne Rich, Phyllis Webb and John Hollander picked up the form and started writing ghazals in English, incorporating feminist themes and anti-war sentiments of the 1970s into their ghazals. By the time Agha Shahid Ali transformed ghazal writing in America in the late 1990s – bringing back the formal structure by employing traditional Urdu and Persian devices such as mazmun-afrini (theme creation), the qafia (rhyme scheme), and the radif (refrain) – ghazals had become a prominent form of poetry in the United States.

Since the publication of Ghazals of Ghalib 50 years ago, the interest in his poetry has grown exponentially. Christopher Merrill, the director of the International Writing Programme at the University of Iowa, goes as far as to say that “ghazal in today’s time has become a staple form of poetry that every MFA student has to endure”. The credit goes to Ghalib’s thought, his language of loss and expression of grief that sustained and managed to stay relevant in a different time, a different language system and different land.

Scholars such as Francis W Pritchett – who has dedicated years of her life to preserving Ghalib’s entire collection of poetry and his legacy through her project “A Desertful of Roses” – have not only enriched American literary traditions but have made Ghalib accessible to the whole world. In recent years, various poets and translators have attempted to translate Ghalib’s ghazals to English again in order to find new meaning.

Andrew McCord’s brilliant translations of Ghalib’s ghazals – where he manages to incorporate the qafia and radif while bringing out the essence – are an example of America’s continued fixation with Ghalib. Three couplets from McCord’s translation of Ghalib’s ghazal – “Lazim Tha ke Dekho Mera Raasta Koi Din Aur” read:

Should you not look after me another day?
Why did you go alone? I leave in only another day.

If your gravestone is not erased first my head will be.
Genuflecting at your door, in any case, it’s me another day.

Yesterday you came and now you say, “Shall I go today?”
Okay. It’s not forever, but it was for, surely, another day.

As you left you said to me, “We’ll meet on Judgement Day.”
That’s rich! After this destruction could there be another Day?

In my house you were the fourteenth night of the moon.
Why this dark house? Wane slowly another day.

And I say to the ancient sky, “Arif was still young and knowing.
What was it to you if he should die another day?”

With whom did you have such strict transactions
The sheriff death could not wait to garnishee another day?

Had you enmity with me or an argument with the sun,
Still you would stay to watch the children’s glee another day.

By no means had the interval of sadness and happiness expired.
You’re gone but you were meant to make do with me another day.

Only a fool asks me, “Ghalib why are you alive?”
My fate is to long for the day I will not be another day.