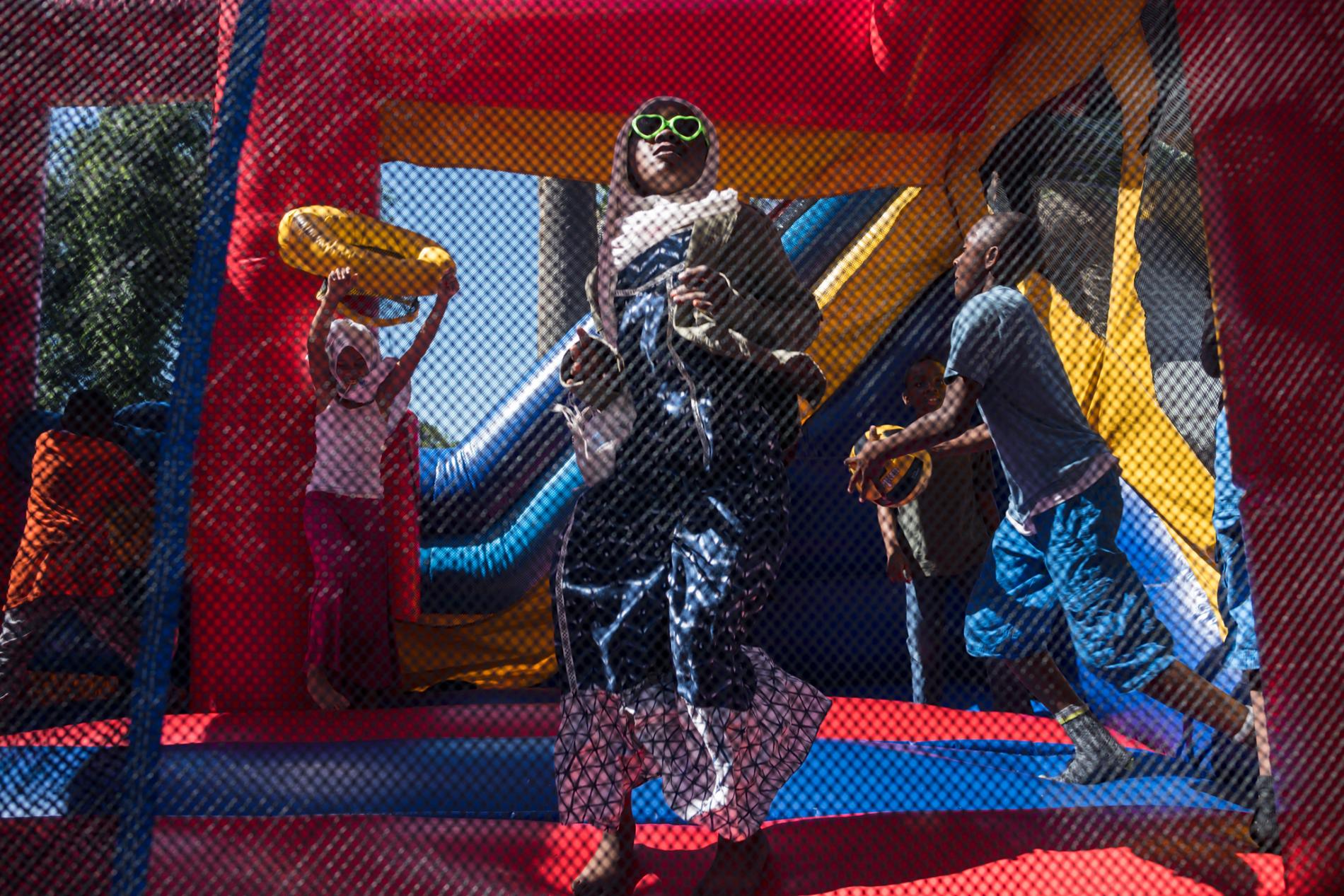 They’re a vibrant and increasingly visible part of the tapestry in communities across the nation.

There was nothing to do but watch as the copper-domed building in the southern Texas oil town of Victoria burned down.

“I was trying not to break down,” says Ajrami, a Palestinian American who raced to the mosque after getting a phone call in the dead of night. He recounts the experience to me in his living room as his wife, Heidi, an American convert to Islam, sits to his right and his daughters, Hannah and Jenin, sit to his left, while his son, Rami, sleeps upstairs.

This family reminds me of my own. My father, from Lebanon originally, also came to the United States for an education and a better future, as Ajrami did. My mother was a Unitarian Universalist, like Heidi, and she met her future husband in college and converted. My parents have raised five ambiguously tan American Muslim kids. 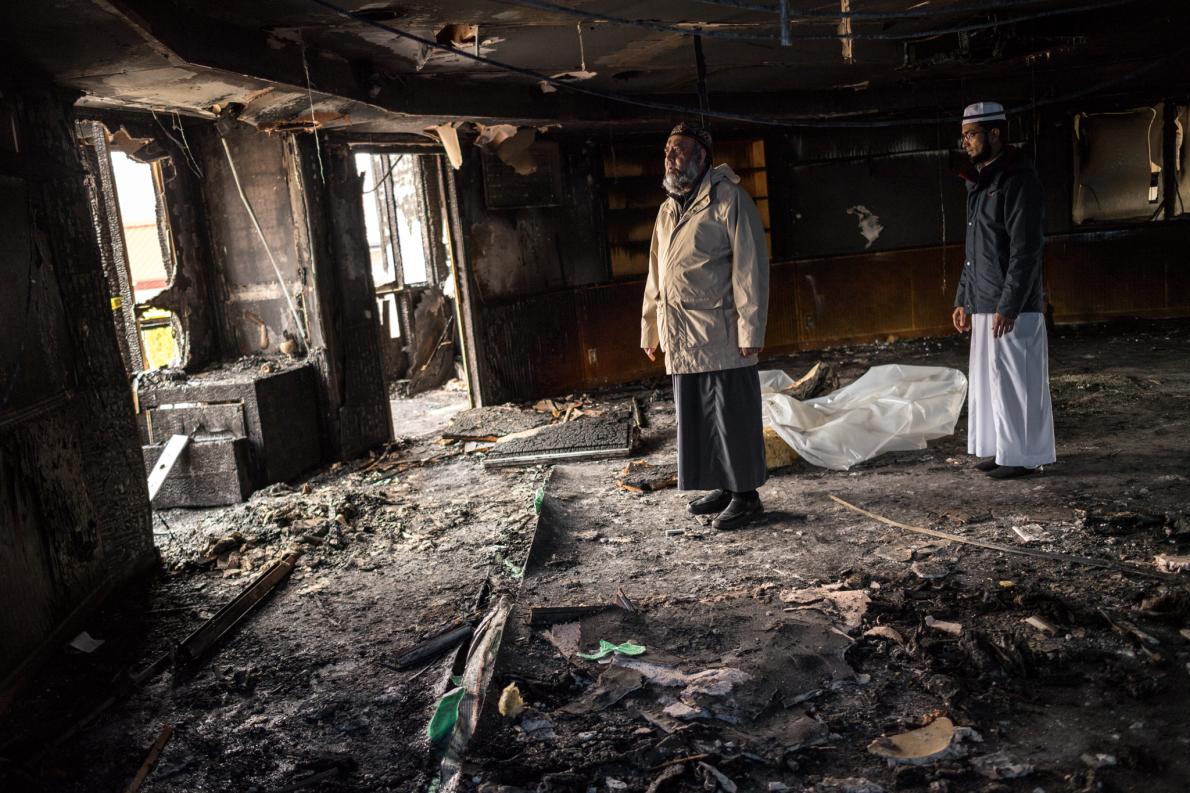 Leila Fadel and Lynsey Addario will explore the culture and experiences of Muslims in America at National Geographic headquarters in Washington, D.C. on May 2, 2018.

Born to a poor family in the Gaza Strip, Ajrami studied nursing because it was all he could afford. In 1994 a friend helped get him a visa and a scholarship to Clarkson College in Omaha, Nebraska. There he met Heidi, a Texas-born Army brat. He wooed her with picnics and jokes; she took him to his first football-watching party. They moved to Victoria when Heidi got a job there as a college English instructor. Ajrami became director of nursing at a hospital. He now runs a medical-staffing business, and the family lives in a large house with a pool. God is a big part of their lives, the way God is the center of most people’s lives in this town.

On the night the mosque was set on fire, January 28, 2017, Ajrami watched with others from this small Muslim community. They wept, hugged, and prayed. Only hours before, President Donald Trump, delivering on a campaign promise to stop Muslims from entering the United States, had issued an executive order aimed at barring anyone arriving from seven Muslim-majority countries.

The fire, allegedly set by an arsonist who has been charged with a hate crime, caused sections of the building to collapse. Only the copper domes and marble slabs carved with quotations from the Muslim holy book, the Quran, would survive. Ajrami took pictures and posted them online. “We will rebuild, with LOVE!” he captioned them. It went viral. Within days the mosque raised a million dollars. The town rallied to support them. And even today they still get checks in the mail.